At Ralph & Russo, Everything That Is Old Is New Again

Direct from the Parisian Right Bank, the Australian label’s 2020 haute couture collection harked back to the house’s signature silhouettes

Just like that, the dawn of a new decade is upon us. A milestone of sorts causing us to look inward at our past as a means of informing our future. For Australians, the turn of the decade was one glazed in red skies as the unprecedented bushfires in Australia ravished our homeland. Where we go from here is anybody’s guess. On Monday, across the other side of the world in Paris, homegrown designer and fourth-generation couturier Tamara Ralph of Ralph & Russo dedicated her 2020 haute couture collection to Australia.

Hosted inside Le Carreau du Temple – a former clothing market in the city’s 3rd arrondissement – the label celebrated its 10th anniversary by looking back at the past decade’s house signatures and reimagining their craftsmanship for the future. The off-the-shoulder corseted gown was updated with even more intricate embroidery; dainty glass beading in floral formations were stitched atop pearlescent mint in a lavish, almost-naked showstopper fit for Bella Hadid at a Cannes after-do at Hotel du Cap-Eden-Roc.

It goes without saying, Ralph designs to frame a woman’s face and décolletage; A classic J-Lo-At-The-Grammys neck bow is balanced with a thigh-high split, a halter with a cape, a collar enriched with devoré ostrich feathers. Perhaps though, one of the most stunning works of art was a timeless, white, one-shouldered silhouette with a delicately embellished crystal corset and matching fishnets.

Angelina Jolie’s Ralph & Russo-designed Maleficent costume was given a run for its superpowers as the couturier sent voluminous tiers and dramatic flourishes down the runway. Teal, fern, seafoam, monochrome – some had big bows, others giant florals and many ruched chiffon.

The label was famously tipped to dress Meghan Markle on her wedding day and had she married outside the Royal family, chances are we may have seen feathers, fringes, ruffles and embellishments in lieu of Clare Waight Keller’s minimalist creation. Perhaps this will be Markle’s post-Megxit, second-coming-of-an-emancipated-Duchess look? We can only wish upon its star-shaped brooch.

Nevertheless, amid the extravagance, the opulence and romanticism, there was something truly tide-turning about Monday’s collection. As the fires still burn on the front line, the label offered a wonderful momentary reprieve. Where we are going is anybody’s guess, but if it’s anywhere like Ralph & Russo’s reimagined future – bright and full – we’ll be alright.

Ralph & Russo have set up a fundraiser link with all proceeds going direct to the Australian bushfire relief FUNDS. You can donate here. 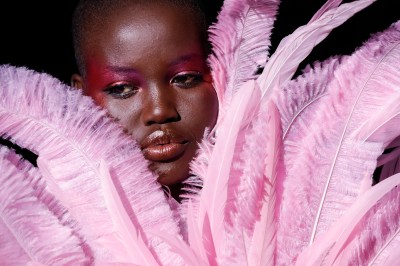 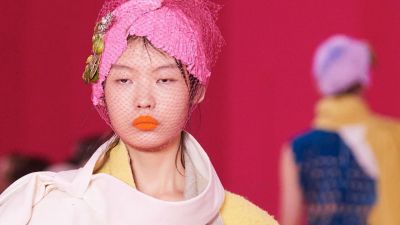 See All The Colors Of The Margiela Lipstick Rainbow 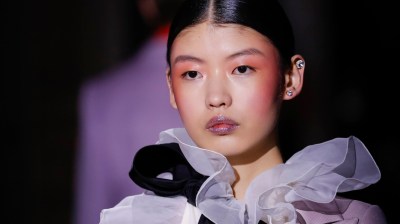 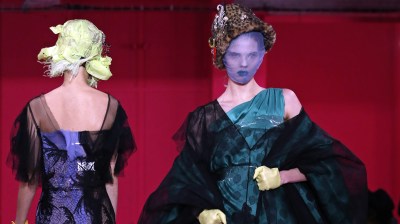 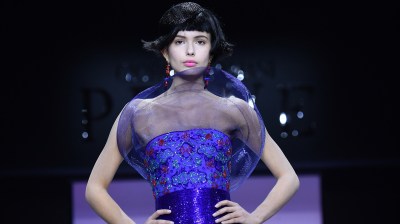 Remember Color? Giorgio Armani Sure Does
Next page