The actress is about to have a very busy summer.

Meet summer’s hottest new star. The young star is the lead in the gritty movie Good Girl Jane, which premiered at the Tribeca Film Festival in New York City in June. The flick, which also features Andie MacDowell and The OA star Patrick Gibson, is anything but upbeat, as it focuses on the title character (played by Rain Spencer) who falls hard for a charming drug dealer and then becomes involved in his teenage meth ring. Though the role was challenging due to the subject matter, Spencer knew she could excel and persevere.

“The first time I read the script, I fell in love with it,” Spencer exclusively tells GRAZIA Gazette: Hamptons. “I went in for my first audition, and Sarah Elizabeth Mintz, the writer/director, was sitting next to the casting director, which never happens. I told her how much I loved the script and how I connected with it on a deep level. Coincidentally, a few days later, Lauren Pratt, one of the producers, walked into the store I was working at, unknowingly. I started to sell her a necklace, and she said, ‘Are you Rain? I just watched your tape.’ When I got the part, Sarah and Lauren took me to dinner to tell me the good news.”

Since the film features some “crucial moments,” including one where Jane smokes crystal meth for the first time, Spencer was adamant about making it “as believable as possible” for the audience. “I studied different breathing techniques and went into deep meditations. I trained my body to feel a certain way after a sequence of deep breathing so that when it was time to roll the camera, I could feel high very quickly. It’s very powerful what we can do with our minds and bodies,” she says. “I actually felt insane. I have a beautiful friend who is sober now but struggled with meth in the past. She showed me exactly what happens when you inhale for the first time, and she sent me a song that I played loudly in my earphones right before Sarah called action.”

Spencer admits she “searched hard for Jane’s core wounds” to give depth to the role. While prepping for the movie, she studied the ins and outs of her character — who “doesn’t get the love she needs from her mother and doesn’t even know what she’s feeling at times,” she notes — and ultimately came to understand she’s an “anxiety-ridden introvert.”

Additionally, Spencer kept a journal, which she filled with writings and drawings of her dreams in order to find “as much truth as possible in all of Jane’s relationships.” When the newcomer got onto set — “a very powerful experience like no other” — she relied on music and breathing to tap into what she needed to feel. But, she says, “the most challenging part was enduring the pain that Jane feels at the very beginning of the movie before she finds solace.”

All in all, Spencer gushes that the “entire experience was a dream,” and although Gibson and MacDowell were seasoned actors, they helped her avoid imposter syndrome. “Even when I had butterflies, I always felt like I was on the right path. Patrick kept me laughing and in the moment,” she shares. “He made it so easy for Jane to fall in love with his character. I felt so connected to the material and to Sarah from the beginning. I never felt like I was doing it alone. I remember asking a friend after my third callback, ‘Can I carry an entire movie?’ and she said, ‘Of course you can, it’s just one scene at a time.’ I really kept that in mind.”

Right after Spencer’s Tribeca debut, she’ll continue to show off her acting chops in The Summer I Turned Pretty, a coming-of-age series about a love triangle between a girl and two brothers, which premiered on Amazon on June 17.

“My role is the complete opposite of Jane. If they were in a room together, they would absolutely hate each other,” she quips. “They wouldn’t be friends, but I love them both. This project is helping me develop my craft further, and I’ve made such amazing bonds. I couldn’t be more excited.”

In short, it’s a major breakthrough moment — and one that’s been a long time in the marking: At just eight years old, she told her mom she needed to get an agent, because she knew she had what it took to make it in Hollywood. “It’s not the easiest career to pursue, but I never planned on doing anything else,” she explains.

Clearly, Spencer is motivated, as these two big projects will surely put her on the map — and she is “grateful” for both opportunities. “It’s so important for me to be passionate about what I am putting my energy toward. Knowing how hard it is in the beginning as an actor, I don’t take this for granted at all. I’m in love with both of these projects,” she declares.

Since Spencer is still just starting out, she knows she may be seen as a role model to other young girls — something that doesn’t scare her in the slightest. In fact, she’s ready to dole out advice, as she has “so much experience to share.”

“I hope to lead by example. If I can live in my truth, go through the storm, love myself unconditionally — people will see that. That energy is contagious, and I plan to share it with as many people as possible. I want to especially lift up young women and encourage them to support one another rather than judge each other,” she says.

As for what’s next, Spencer is hoping to spark change. She wants to continue to tell stories that have a profound impact, in addition to dabbling in the fashion world. “I’m looking forward to working on great projects, building relationships, and playing characters that have a lot of depth to them. I’m just ecstatic every day that I get to have my dream job,” she states. What could be better than that? 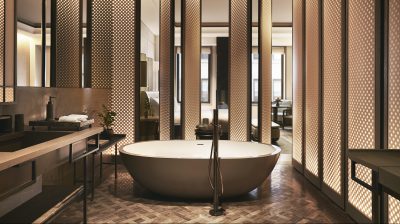 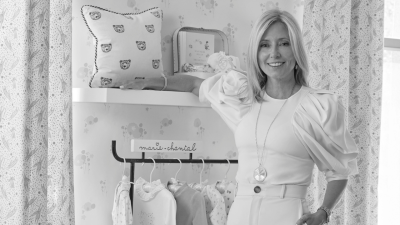 What’s in My Bag? Princess Marie-Chantal 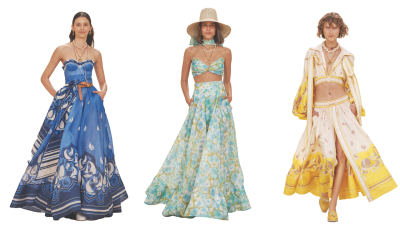 Zimmermann Makes a Splash with Its Second Hamptons Location 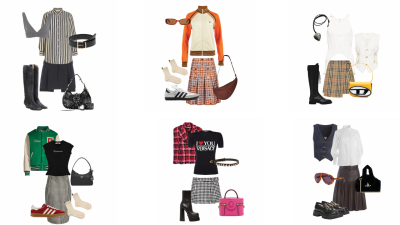 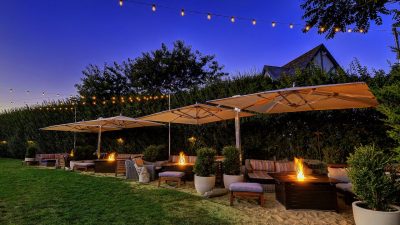 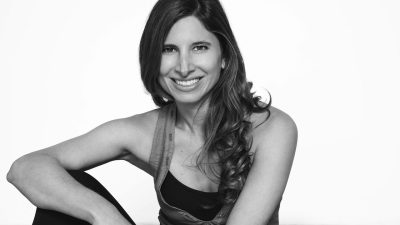 Friends in High Places: Meet the Hamptons Set
Next page