If their request to 'take back content' is granted, it could 'shelve the project indefinitely'

Ever since Prince Harry and Meghan Markle stepped away from being working members of the royal family, they signed deals for books, TV shows and podcasts, and just as their most anticipated project was nearing its release (a Netflix docuseries about the couple!), they reportedly want to push back the date and edit certain material.

Last week, reports surfaced from Page Six  that said the duo wanted to release the project next year following the death of Queen Elizabeth II. (Harry’s tell-all memoir was also pushed to 2023 to respect the Queen.) The series was initially set to come out in December to follow the latest season of The Crown but multiple insiders told the outlet Meghan and Harry made a “dramatic u-turn.” It was also reported “there’s a lot of pressure on (Netflix CEO) Ted Sarandos who has the relationship with Harry and Meghan, to get this show finished.”

Apparently, the couple is also “keen to take out or downplay” what they initially said about other members of the royal family.

In new reports, Page Six sources said “Harry and Meghan are having second thoughts on their own story, on their own project.”

According to the outlet’s Netflix source, if Harry and Meghan “walk back content that they themselves have provided,” it could “effectively shelve the project indefinitely.”

Meghan and Harry have been filming the project throughout the last a year, and during her interview with The Cut this summer, Meghan teased that people will see “a piece of my life I haven’t been able to share.”

Something that may be weighing on the couple’s mind is Prince Charles’ decision whether or not to give their children, Archie and Lilibet, titles. According to Vanity Fair royal expert Katie Nicholl, it was dependent on “what happens in the coming months, particularly with Harry’s book and their TV show.”

Whether or not fans get the docuseries this year, you can catch up on everything you need to know about the other royal bombshell show returning to Netflix in November, The Crown, here.

Tayshia Adams Is Ready for Anything That Comes Her Way 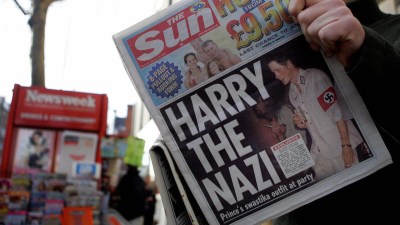