You’re not alone in feeling alone.

In September of 2020, a girlfriend of mine was standing in a very long checkout line at a Trader Joe’s store in New York City. Stationary in the frozen goods aisle – and as Christmas carols rang out on a crackly speaker above her – she didn’t know what was worse, the fact that she lived in a country that sold Chocolate Lava Gnocchi to the tune of “Joy To The World” or the fact that her basket was filled with food that she would inevitably eat by herself in her tiny apartment.

“No one is going out much and all my friends have left the city,” she said. “I live alone and due to the threat of getting sick, I haven’t really been hanging out with many people these past months – sometimes I don’t even use my voice unless I talk to a barista. Don’t get me wrong, I have a great life, but I have experienced some meltdowns of late like that moment in the supermarket. I just felt so sad and alone.”

For many of us – single or attached – the pandemic has brought feelings of isolation into sharp focus, blown open the meaningfulness of our relationships and sent anxieties and identities reeling. Who are we without the thrill and pace of our ordinary lives? Who are our real friends? What are we left with when the rug is pulled out from underneath us? And what do we do when we only have ourselves?

The paradox of this slice of time is that while social distancing and working from home mandates are required to curb the coronavirus infection, being lonely can actually make us very sick. And as you read on, you’ll see that loneliness was essentially the epidemic before the coronavirus pandemic.

Loneliness Is Nothing New

According to research published in 2015 by Professor Julianne Holt-Lunstad of Brigham Young University in Utah, social isolation is more lethal than smoking 15 cigarettes a day or obesity. Untreated, Holt-Lunstad’s studies found that feelings of isolation and loneliness can make us heart sick and increase the likelihood of depression, inflammation, high blood pressure, and death from heart disease.

Desperate for US senators to recognize loneliness as a public health priority, Holt-Lunstad testified before the US Senate Aging Committee in 2017. “Our social relationships are widely considered crucial to emotional well-being; however, the possibility that social connection may be a biological need, vital to physical wellbeing and even survival, is commonly unrecognized,” the court’s transcripts read.

“Extreme examples clearly illustrate infants in custodial care who lack human contact and often die, and social isolation is so distressing that solitary confinement has been used as a form of punishment and even torture,” she continued before pointing to her earlier work and suggesting that the US was indeed facing a loneliness epidemic.

Holt-Lunstad’s findings were important. At the time, more than one-fifth of adults in both the US and Britain reported that they often or always felt lonely. More than half of American adults were unmarried, and researchers had found that even among those who were married, 30 percent of relationships were severely strained. Loneliness was well and truly affecting people.

But it is only now, and in the context of the pandemic, that people are really beginning to appreciate the enduring health consequences of feeling alone in this world.

Dr. Michelle H. Lim, a psychologist at Swinburne University in Melbourne, Australia, published a paper in 2016 titled “Loneliness Over Time: The Crucial Role of Social Anxiety,” which zeroed in on how social anxiety and paranoia – two mental health symptoms that relate to the fear of others – could contribute to loneliness.

“We found that loneliness preceded these mental health difficulties,” Lim explains to GRAZIA on the phone from the Australian state of Victoria, ironically in the midst of a strict lockdown at the time. “What we also found which was really interesting was that if you had a fear of people – if you’ve ever feared that they’ve judged you or you feared they thought badly of you or you feared being embarrassed or humiliated – you’re also more likely to be lonely.”

“Social anxiety comes from a lot of avoidance so if you imagine that people think poorly of you all the time, you’re likely to feel lonely,” Lim continued. “This has got wide implications on the way we think about loneliness because a lot of people will say, ‘why don’t you just make a new friend or join a group.’ But for some, that is the scariest thing imaginable. You’re suggesting they go into a lion’s den.”

You Don’t Have To Be Alone To Feel Lonely

In 2018, it was reported that 3.1 million people worked on the island of Manhattan during the week (the population reduces to 1.6 million at night time as people go home). However, one of the city’s great ironies is how lonely it can be despite literally being surrounded by millions; there are so many people on the streets, crammed into the subways, lining up at bars.

Living and working in New York during its bitterly cold winters, I would, admittedly, often find myself booking in drinks with different friends and acquaintances on most nights. It was a great way to see the city – but the distance I felt between myself and the people around me was great. I craved connection, and in the city of networking, I wasn’t getting enough of it. But did that mean I was lonely?

On this point, I asked Holt-Lunstad and Lim how they measured loneliness in their respective research. Both said their subjects recorded feelings of isolation via a self report. (The former uses the UCLA Loneliness Scale, a 20-question multiple choice quiz formed in 1978. I suggest taking it yourself!)

“When we’re measuring loneliness, we’re not looking at the number of people someone lives with, we ask our subjects about how they feel about those connections,” says Lim.

“In the United States, the United Kingdom, Australia and New Zealand, we do see trends of what we call common complaints around feeling lonely despite being around many people.” – Dr. Michelle H. Lim

“As you know, we’re very socially connected on the web right now but there’s a sense of ‘I have all these people in my life but am I really meaningfully connecting with them?’ That is the common complaint at the moment.”

Technology In The Age Of Loneliness: A Hindrance Or A Solution?

Social distancing is utterly at odds with our need for social connection, the cornerstone of human evolution.

The things we might usually expect in times of adversity – like a hug after losing a job or a coffee with a friend after a bad night’s sleep – have largely disappeared. And in its wake, social media – the medium which is largely vilified in public discourse – has become a saving grace to solitude. Or has it?

“I think it depends on how you use it and who you’re talking to,” says Lim. “What we do know is that if you’re using a device to get in touch with people and they can’t reciprocate caring and supportive behavior, it’s less likely that it’s going to make an impact on loneliness. It will reduce social isolation but whether it’s going to reduce loneliness or not is a whole different question.”

“Are we using social media to maintain friends and family who live in a different country or are you using it to make new friends?,” she continues. “The Goldilocks hypotheses of not-too-much and not-too-little is actually the best for loneliness. So if you’re using it for eight hours at a time, that’s not helpful. You’re likely to be overcompensating. If you’re not using it at all, you may not be able to maintain your friendships with people who use the technology. So somewhere in the middle, from the lighter-to-no-use-at-all end of the scale, is best.”

The Pandemic + The Lonely Brain

While the attention has been on controlling the spread of the coronavirus, the psychosocial consequences won’t be known for some time – potentially years. How will people mentally overcome the enormous challenges of not only the severity of the threat but the new realities thrust upon them?

The Australian Bureau of Statistics supports this conjecture to a degree. It released its national “Household Impacts of COVID-19” survey in June and found that of 1000 adults, 28 percent of women and 16 percent of men reported feeling lonely as a result of the pandemic, and that this was the most common personal stressor identified.

“We did find that higher levels of loneliness were associated with physical health problems including stomach problems, headaches and increased physical pain – similar to experimental studies where if you feel like you have the support of someone who is meaningful to you, your ability to tolerate things, like pain, increases,” says Lim.

“The fundamental idea around some of this research right now is if we feel like someone has our back, we’re less stressed out. And because we’re less stressed out, we’ve got lower cortisol levels with the ability to fight infections and are more likely to stay healthy. Therefore, if you feel like there are people in your life who care for you, you can actually live longer.”

Walk The World… And Have Some Place To Come Back To

As loneliness is related to the quality of relationships rather than quantity, a change in the way we relate to others may influence how connected we feel to others. Here, Holt-Lunstad and Lim offer tips to help maintain meaningful relationships during these challenging times.

“If you have a strong first world and a strong set of relationships, then in some part of you, you’re always free, you can walk the world because you know where you belong, you have some place to come back to.” – Nobel Prize-winning poet Seamus Heaney 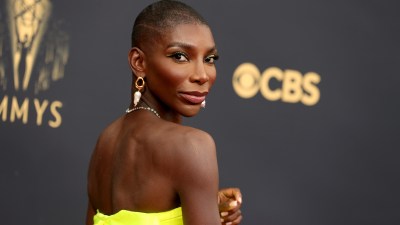 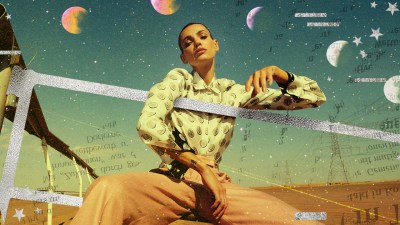 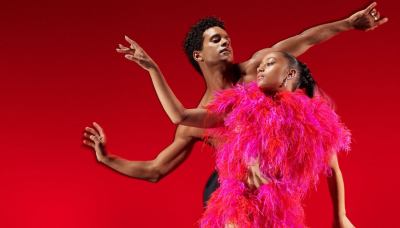 Pleats, Pink And Pirouettes: Halpern Enlists The Royal Ballet In A Celebration Of Movement
Next page