Mugler‘s spectacular Spring 2021 show might have been conducted virtually via a nine-minute video, but the impact of the otherworldly display wasn’t diluted in the slightest. Creative director Casey Cadwallader, who began his tenure at the French house back in 2018, tapped Torso Solutions to create a runway filmed entirely in reverse, which spoke to the designer’s desire to do things differently.

Since taking the helm at Mugler, Cadwallader has championed inclusivity in the storied label’s shows, with a refreshing mix of body shapes and gender identities represented in modeling the clothes. “For me, all bodies need to be designed for, not just skinny bodies, although, even skinny bodies sometimes have a bigger butt or boob… the clothes help you out with that instead of making you feel bad for having them. I’m celebrating different body shapes,” he said in a recent interview.

It was perhaps then fitting that the Mugler Spring 2021 show took place on International Trans Day of Visibility, with Euphoria‘s Hunter Schafer and Dominique Jackson of Pose absolutely owning the runway in sheer, gloriously figure-hugging Mugler get-up.

The show was the second part in Mugler’s spring 2021 series, the first of which debuted last October. Highlights from the show include Schafer leaping cat-like from a platform and later getting doused in water (backwards, of course), as well as Bella Hadid doing forward (?) flips down the runway.

The collection and show both carry a fun, energetic synergy that celebrates individuality and everything it encompasses. “Should a hyper-charged Hunter Schafer jump off a box onto the runway to drum and bass music? Yes!” said Cadwallader, who also cast a number of other famous faces, including Shygirl, Kembra Pfahler, and Alek Wek.

The entire presentation is a sight to behold, but Schafer and Jackson sauntering across the stage on such a monumental day for the trans community feels like an incredibly important moment in fashion.

We love to see it! 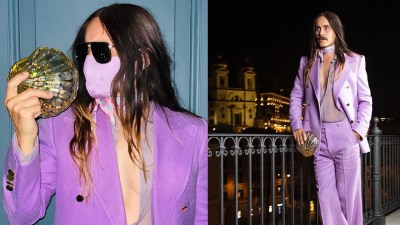 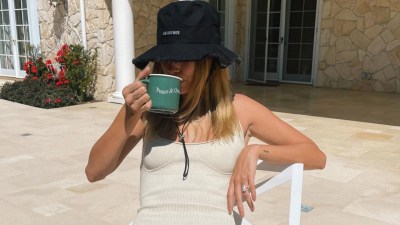 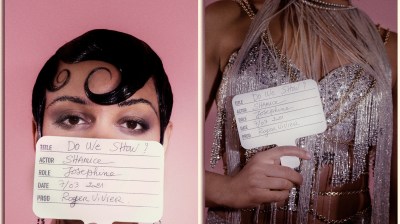 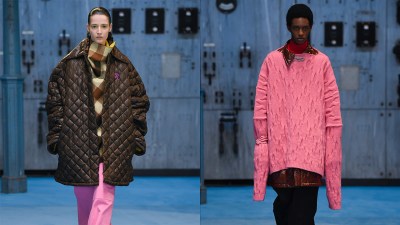 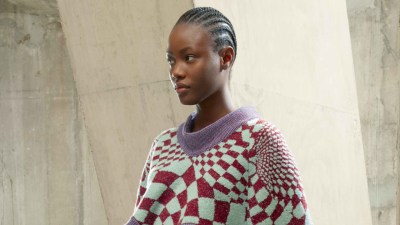 Vaccine-Friendly Fashion Is Having a Moment
Next page