While some fashion brands are eagerly getting back into hosting in-person runway shows, Louis Vuitton is sticking to a digital format (at least for now). The  French fashion house debuted its Spring-Summer 2022 menswear collection on Thursday, June 24, and despite being an entirely digital presentation, it certainly didn’t lack excitement.

The label’s newest collection marks creative director Virgil Abloh’s seventh collection for Louis Vuitton. This time around, the talented designer brings the outdoors to our computer screens for a captivating cinematic experience. The presentation, entitled “Amen Break,” was inspired by the Japanese martial arts movie Lone Wolf and Cub. Directed by Mahfuz Sultan, the presentation film explores the concept of transmission, for what we can conclude is a nod to the change in generational influences.

Abloh continues to refresh the house’s codes by adapting streetwear elements with Louis Vuitton’s heritage silhouettes. The film captures the eyes of hypebeasts and Gen Zers alike with a woodsy backdrop that sets the stage for two opposing generations, one in logomania tracksuits and the other in tailored suits. Both sides wear their garments proud and don’t back down, easing closer and closer until eventually, they are one.

The collection includes modern takes on menswear: dresses, skirts, and other gender-fluid silhouettes. Even the most tailored of pieces feature a fresh iteration with contemporary fixes like multicolored monogram and patchwork. In some looks, suiting and leisure track pants merge together in single looks.

The streetwear-infused collection also hosts various accessories, from fluorescent sunglasses, bags in the house’s signature monogram, and trunks. However, the standout product lies lower on the model’s feet. Sneakers worn by models appear to be a collab between Louis Vuitton, Nike, and Virgil Abloh’s Off-White (I guess we could’ve seen this one coming eventually). 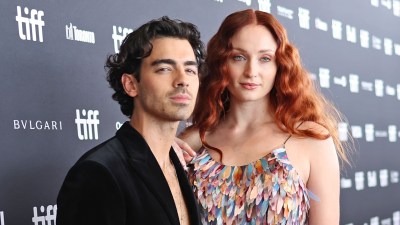 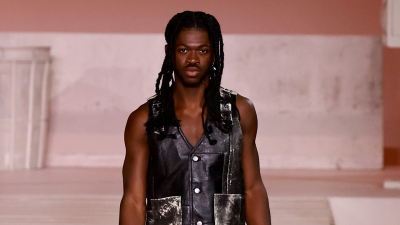 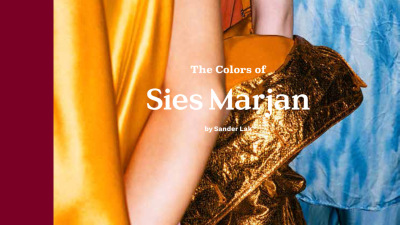 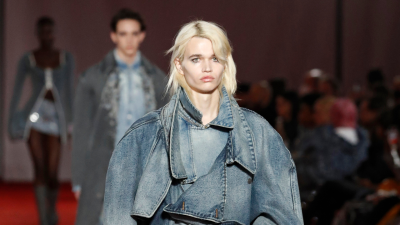 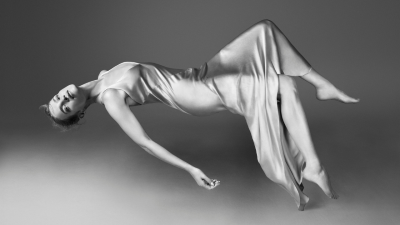