London Fashion is back, and bigger than ever.

In past seasons, London Fashion Week has always been stacked with less shows than the others in the fashion month rotation. However, for Spring/Summer 2022 LFW quite literally dived into the deep — see: Rejina Pyo, who made a splash for her return to the runway. After a year of lost time, London-based designers are back and showing exactly why London fashion is one to watch.

Nensi Dojaka SS22 was filled with barely-there, body-con, and tailored ensembles proving why the young Albanian-born, London-based designer took home this year’s LVMH Prize. Meanwhile, Vivienne Westwood continues to stand at the forefront of sustainability in her collections. The punk rock designer dipped into her archives reinventing styles from past collections and overlooking the thought that newness is better. Not to mention Westwood went as far as using 98% cruelty-free materials and banning virgin synthetic fabrics.

Before we turn our attention to Milan, see our favorite looks from a very cheerful London Fashion Week below.

The collection is quintessential Richard Quinn at his best. The world of Richard Quinn is unapologetically bold and unafraid to step out of the norm — case and point, his SS22 collection. The iconic designer closed out fashion week reinterpreting florals for spring with monochromatic full coverage looks in vibrant colors paired with matching ruffle headpieces suggestive of flower petals.

The British retailer made its first runway appearance during this season, presenting its FW ’21 collection. The collection continues to boast the brand’s signature timeless look through modern fabrics that effortlessly flow with the natural moment of the body.

I don’t think any of us are opposed to summer lasting a little longer. Although we can’t change the cold weather creeping in on us, Rixo gave us a reason to look forward to the Spring/Summer 2022 season. Prints, bright color palettes, and flowy garments filled the show.

Motherhood and the relationship between mother and daughter took center stage in the Simone Rocha show. A mother herself, the designer of the eponymous label turned the reality of motherhood into fashion. Bralettes in diamanté, pearls and tulle come to form, inspired by nursing bras.

If you’re going to host your show at an Olympic pool, it naturally makes sense to enlist Olympic GB Team divers Emily Martin, Josie Zilling, and Robyn Birch to sport the collection. And that is exactly what designer Rejina Pyo did for her return to IRL shows. Each diver, now models, wore Pyo’s new recycled nylon swimwear in vibrant hues of orange and pink.

Erdem celebrated its 15-year anniversary collection with garments made for the roaring ’20s. Florals for spring? Actually groundbreaking as they embellished dazzling dresses and eased tailoring.

According to KNWLS, grunge is in, and not only is it back, but it is also sexy.

Nensi Dojaka was arguably one of the most anticipated shows of London Fashion Week following her recent LVMH Prize win. The designer proves you can be sexy and casual at the same time, expertly framing the body with precise cutouts and bodycon silhouettes.

A pioneer of sustainability in the fashion industry, Westwood pushes the boundaries of ethically produced collections. Her SS22 line pulls from the archives and reimagines them for the modern world. And of course, Westwood tapping Georgia May Jagger and Lily McMenamy, both the offspring of supermodels who walked for Westwood in the ’80s and ’90s, brought it full circle. 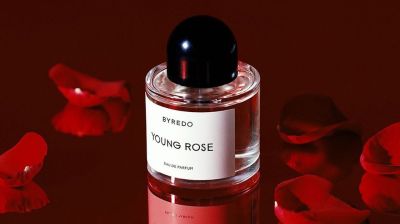 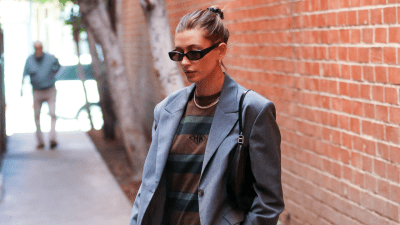 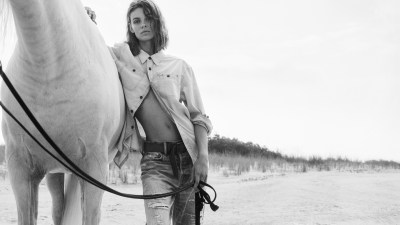 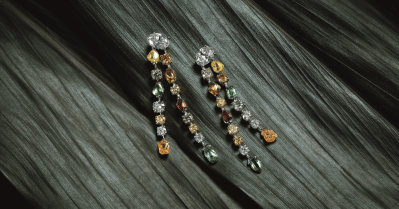