Lily Collins is now married to Charlie McDowell — the two tied the knot in September 2021 — but when her man proposed to her one year prior, she couldn’t help but gush over the thrilling moment via social media.

At the time, the Emily in Paris star, 32, showed off several angles of her engagement ring. “I’ve been waiting my lifetime for you and I can’t wait to spend our lifetime together…” she captioned a selfie.

In another snap, the brunette babe simply wrote, “The purest joy I’ve ever felt…”

Collins later revealed that the ring is “a rose-cut diamond. Charlie designed it with Irene[Neuwirth].” Additionally, the accessory features a bezel setting and a thin gold band.

“I was very surprised by it, but it’s exactly what I would’ve wanted and he knew me so well, obviously,” she shared.

Collins and McDowell’s crossed paths as they are both in Hollywood. “I can’t believe I get to call myself a fiancée now,” she exclaimed at the time. “I was very surprised as to when and where it would happen. But it was kind of one of those situations where I knew the second that I met him, that I wanted to be his wife one day.”

“It was just a matter of when, really,” she added. “We were just on a road trip through New Mexico in Sedona for the last week. And it happened in New Mexico.”

Fast forward to the wedding, which occurred in Colorado, the bride wore a beautiful gown.

“Thank you @ralphlauren for working so closely with me to dream up this magical dress. It’s my ultimate dream combination of Western Americana and British Victorian. Carefully handcrafted over nearly 200 hours, every detail was perfect — from the Calais-Caudry lace to the Swarovski-beaded micro flowers and silk organza petals. It’s the most beautiful, memorable gown I will ever wear and I couldn’t have imagined it any other way…” she wrote.

“I’ve never wanted to be someone’s someone more than I do yours, and now I get to be your wife. On September 4th, 2021 we officially became each other’s forever. I love you beyond @charliemcdowell…⁣” she wrote at the time. 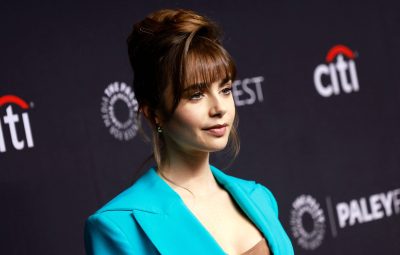 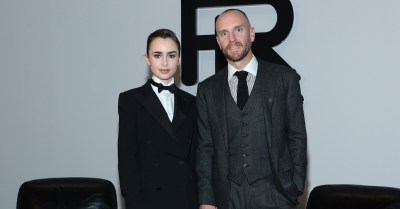 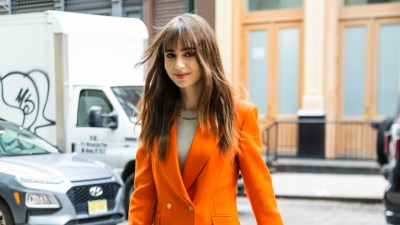 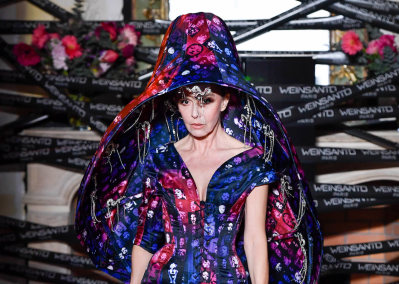 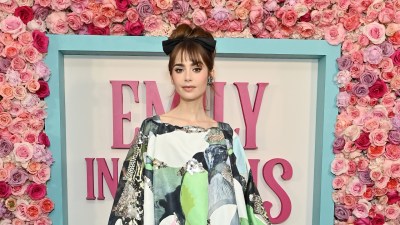 Lily Collins Is Still Dreaming Of Her ‘Emily In Paris’ Wardrobe: ‘Can’t Wait To Get Back To Work’ 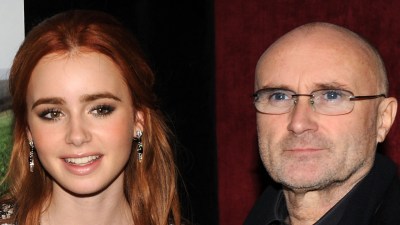 Lily Collins Gushes Over Her Father Phil Collins On His 71st Birthday: ‘Thank You For Inspiring Me’
Next page