It was perhaps fitting that Khaite showed its new collection on September 12, the day after the 20th anniversary of 9/11. While many designers shared how the pandemic caused them to rethink and repurpose their design (and even life) philosophies, Khaite seemed to clearly understand its place in fashion and history. The show notes: “Arriving at the intersection of then and now, before and after, memory and forgetting…”

Khaite’s mandate? To redefine the New York wardrobe at this very moment.

This season has been an invigorating one for American sportswear, from Peter Do’s effortless luxury to Telfar’s accessible exclusivity (somehow, not an oxymoron). Fashion has become more democratized and inclusive, without sacrificing the excitement that instigated the breakneck pace of six collections a year that eventually caused so much designer — and customer — burnout. Does anyone really need this much stuff?

Khaite showed in a Lower East apartment building that climbed with green vines from floor to ceiling, a post-apocalyptic vibe that extended to the lighting, so dark it was hard to see the clothes, complained several editors.

But it was a metaphor for a rising from the ashes, a reemergence from the cocoon of lockdown and the collective grief of an American tragedy that we will never forget.

Gigi Hadid, in another turn that cemented her glorious return to the runway, opened the show in a down-filled ivory satin coat that had major INFJ energy. Get back out in the world, but keep it cozy.

This is New York, however, and designer Catherine Holstein has a keen idea of what a woman’s wardrobe requires. The palette was quintessentially Manhattan: black, white, earth tones, and a few flashes of gold and silver foil to echo the city’s skyscrapers.

Silhouettes were feminine, but with a don’t-mess-with-me toughness that underscores the reality of clothes being both expression and armor, especially for metropolitan women. There were high-gloss leather bustiers and trenches as well as sleek bombers and classic motorcycle jackets.

Holstein wanted to focus on the things we don’t necessarily see at first glance. She used couture techniques with horsehair layers and precise boning to provide invisible support. Swarovski crystals were hand-applied to gowns and knitwear. Khaite’s version of jewelry this season is the harness, made with hand-sewn silk straps, and worn over a simple tee.

It was low-key luxury that will be most appreciated by the woman who’s wearing it and making it her own. And that celebration of the woman over the clothes feels just right for right now. 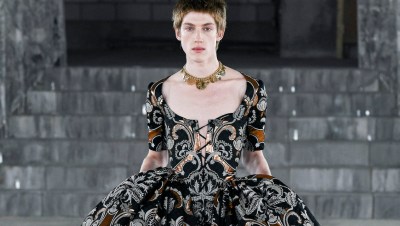 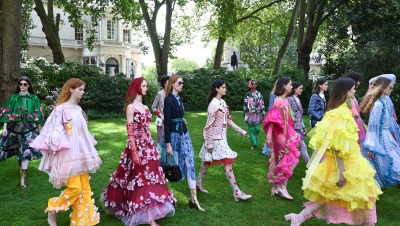 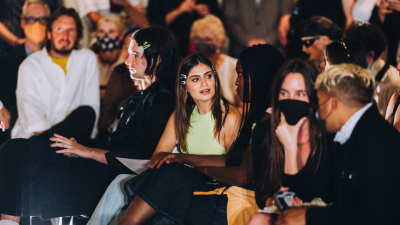 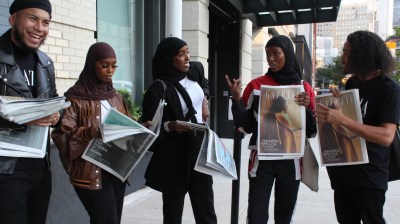