In lieu of bikini pic season, the model has gotten creative for winter 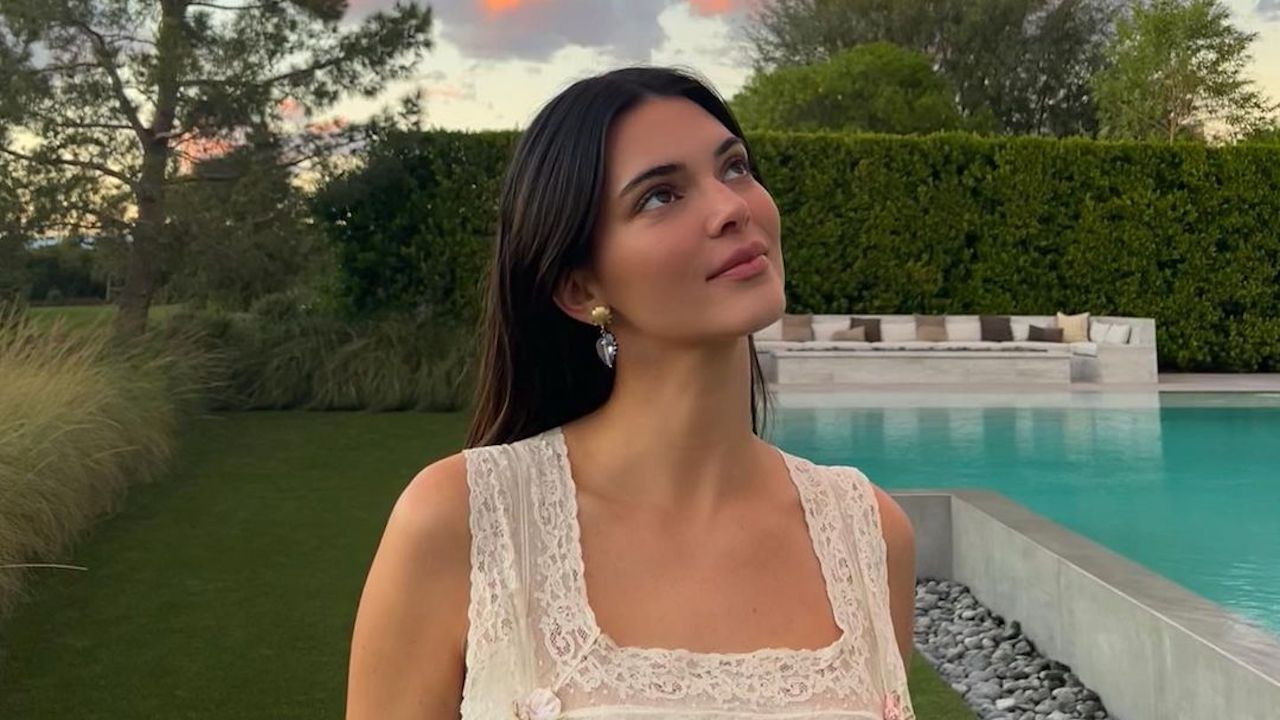 Before a People confirmed announcement, usually it’s not altogether too hard to figure out if a celebrity split has happened under the radar. With Dua Lipa and Anwar Hadid, a few weeks went by before fans noticed the two hadn’t posted any photos together in a while, then they spotted zero likes nor comments on each other’s posts. The final confirmation? Lipa’s influx of bikini photos, holiday pics with the girls and all-around Living Her Best Life content.

Similarly, when Kendall Jenner and Devin Booker were reported to be on a break in June, all it took was the model’s completely naked sunbathing photo in lieu of a statement. For Emily Ratajkowski and Camila Morrone, it was a breakup fringe. Now, according to People, Jenner and Booker have reportedly broken up again — this time for good (a mutual decision that was prompted by their busy work schedules).

Of course, this time, Jenner’s split has unfortunately taken place during cuffing season, which means it’s no time for bikini photo thirst traps.

In lieu of being able to post herself in swimwear, Jenner has come up with a creative solution: leaving the house sans trousers, but with the addition of winter-wardrobe tights.

On Monday, Jenner was photographed holding a bunch of sunflowers while wearing a very paparazzi ready ‘fit, consisting of a blue knit jumper with a white long-sleeve top poking out at her neck and arms, paired with black tights and underwear. She finished the look with a pair of black pumps, a black Bottega Veneta bag and a pair of sunglasses.

Jenner, clearly into her no-pants vibe, shared the above post from the Instagram account @stylemefresh on her Stories, later following up with a mirror selfie, tagging @newbottega, a journal dedicated to recent collections of Bottega Veneta. All that’s left to do now is silent tag Booker. 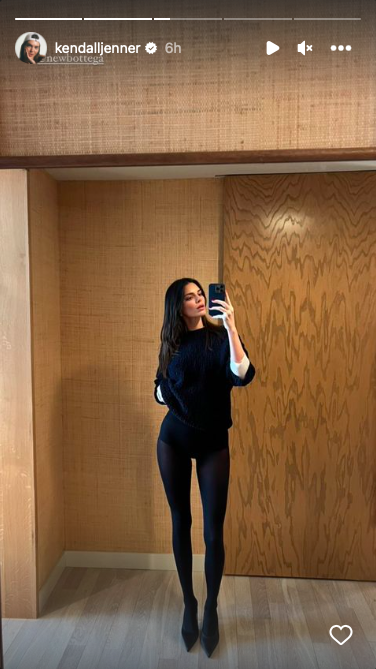