The designer transformed an empty storefront into a food, flower, and Coca Cola-filled grocery store to present his fall 2021 collection

I love a fun fashion show concept just as much as the next guy, but a food-themed exhibition holds an extra special place in my heart. On Sunday, February 14, Jason Wu kicked off New York Fashion Week as one of two designers to hold a socially-distanced in-person show. He transformed an empty storefront at 666 Broadway into the most charming bodega in lower Manhattan—complete with lush florals, fresh vegetables, carbs galore, and so, so many bottles of wine.

The designer and I are wildly alike in our love of food. If you’re a loyal Wu fan, then you’re likely aware of his Instagram page titled MrWuEats, which he launched right at the start of the COVID-19 pandemic outbreak in January 2020. There, he documents his culinary creations, which range from pepperoni pizza to seafood paella. Wu’s fall 2021 fashion show is a fusion of his passions: food and fashion. On social media, he described it, “When my two loves collide!”

Despite the price tags on the neatly organized wooden crates of produce, show attendees weren’t actually able to scurry off with all of their essentials for the week. According to a WWD report, Wu is donating all of the food to City Harvest, New York City’s largest food rescue organization, dedicated to feeding the growing number of city residents in need. Instead, they set their sights on the designer’s FW21 collection, which showcased trends like prints-on-prints, playful fringe details, and pops of plaid. A roundup of some of GRAZIA’s favorite looks, below.

Wu collaborated with luxury footwear brand Dear Frances to supply footwear for the show—and the statement boots didn’t go unnoticed. Models team every look with a pair of chic, pointed-toe boots from the UK-based label in various prints, colors, and textures bound to make a shoe-loving fashion enthusiast develop a severe case of FOMO.

And we can’t talk about the Mr. Wu General Store without talking about Coca Cola. Wu partnered with the iconic American company so that it’s present on set and on the catwalk. “I’ve had complete access to Coca-Cola’s archives and it was really fun seeing the evolution of the brand over the years,” said the designer in an interview. You will definitely be seeing archival Coca Cola graphics and that signature red in my collection.” A look at some of those designs below.

Press “play” on the video below to experience a portion of the show, and head to the official NYFW website to experience it in full. 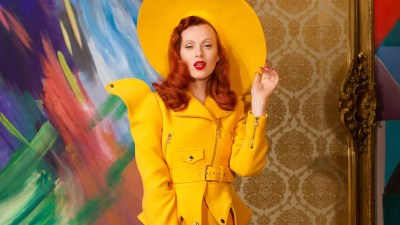 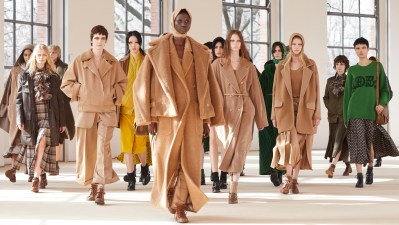 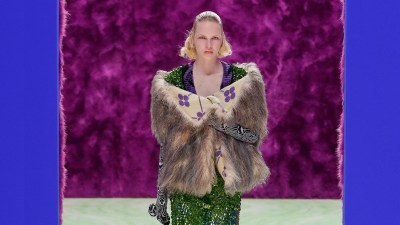 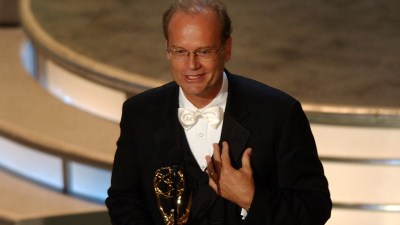 If You Love ‘Friends,’ You’ll Probably Love The ‘Frasier’ Revival

This Beauty Accessory Owned the Fendi Runway
Next page