From magazine covers to runways and now the red carpet: 2021 is Leni Klum's year

Over the weekend, Heidi Klum and her 17-year-old daughter Leni had a matching mother-daughter supermodel moment on the red carpet at the LuisaViaRoma for Unicef event in Italy.

For the occasion, both women opted for sparkles, with Leni wearing a gold, glittering Versace dress with a plunging neckline and cut-out back, and Klum in an equally eye-catching silver Elie Saab gown with a thigh-high slit and a one-shoulder silhouette. Looking more like sisters than mother and daughter, both finished off their outfits with matching strappy sandals and a sleek blowout.

Sharing images from the event, which was also attended by Katy Perry and Orlando Bloom, on their Instagram accounts, Klum showed her and Leni post-party, sans strappy sandals and with dirty feet.

“Showing we had fun ….without saying we had fun,” Klum wrote. Later, she shared further photos, showing the family posing on a yacht prior to the event, as well as their glittering outfits from the back.

Like her mum, Leni is a model and has already landed covers on both Vogue Germany and Glamour Germany. Earlier this year, she made her runway debut, walking at Berlin Fashion Week, wearing looks from designers like Kaviar Gauche, Michael Sontag and Lala Berlin. Since her successful modelling debuts, she’s quietly been tipped to be the next Kaia Gerber.

Of her teenage daughter following in her footsteps, Klum told People, “It’s a fun thing for her to do. She’s not afraid of cameras because she’s always come to my sets and my shows. She’s quite strong in the sense where she plays with it!”

“I’ve been helping her with deals and she has so many things in the pipeline,” she added. “It’s really exciting. She’s doing the things I was always dreaming to do! I said to her, at the end of the day you have to be happy with yourself. And don’t do anything you don’t want to do. It’s okay to say no. You don’t always have to please people. But I’m always with Leni. And she has a very good head on her shoulders.” 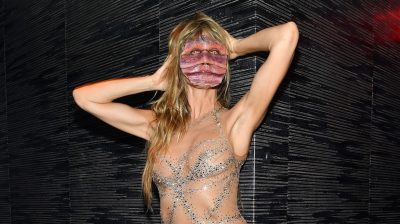 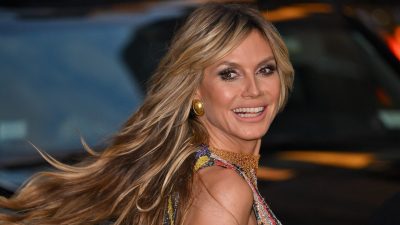 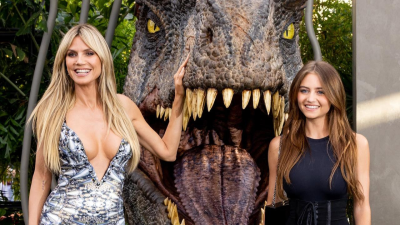 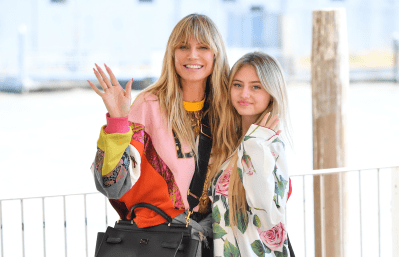 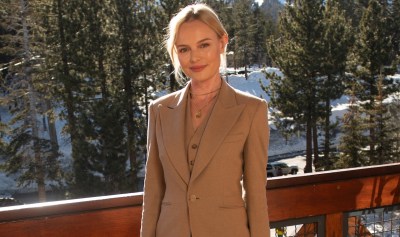 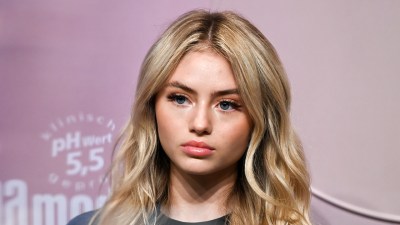 Heidi Klum’s Daughter Leni Goes From Blonde To Brunette — See The New ‘Do!
Next page