Eye-opening, consciousness-raising books to give to your potentially misinformed relatives this Christmas 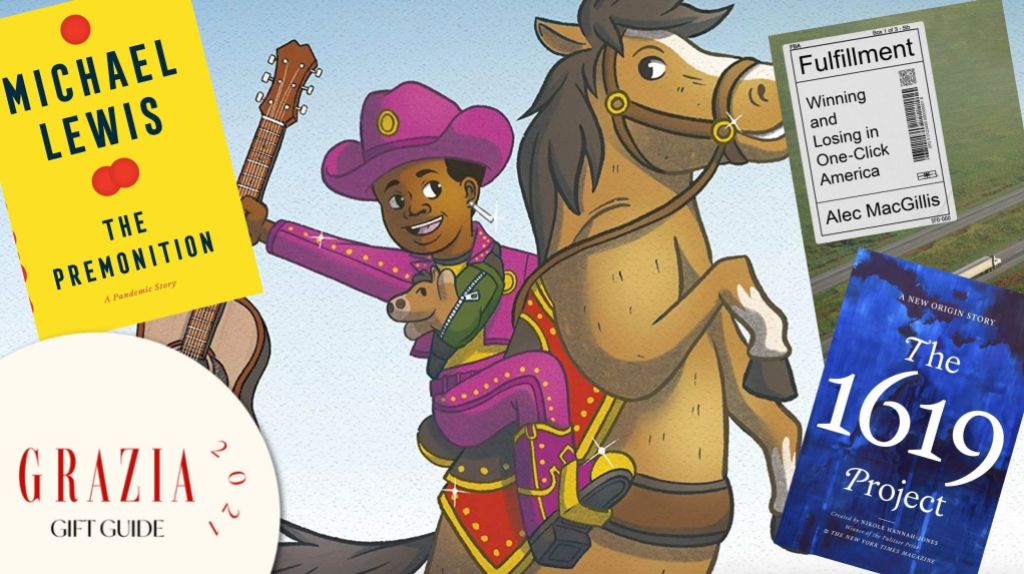 A few years ago, I was wrapping Christmas gifts for my family. I had them all spread out on the floor amongst tissue paper and ribbons, a glass of prosecco close at hand. Looking at my haul, I realized something: I had semi-consciously bought books for everyone, and they all had an undeniable ideological bent. Christmas gift-giving, I realized, is an excellent opportunity to try to reprogram your family.

Obviously, the holidays can be a fraught time, with everyone gathered together, ideally, along with their varying opinions. Who wants to throw more gas on that particular fire, right? Apparently, I do! But even if you don’t have this same impulse to antagonize, hear me out: In our increasingly polarized political context, aren’t we supposed to be reaching across the aisle and sharing ideas? Shouldn’t we be doing everything we can to tactfully combat the misinformation certain family members may have absorbed from certain outlets and platforms?

With all that in mind, these are just a few of the eye-opening books released in 2021 that you might consider giving this year. Of course, there’s no guarantee your family will actually read them, but you can still feel smugly self-righteous in your efforts.

C Is for Country by Lil Nas X

Get ’em while they’re young, I say. This children’s book by the Grammy winning queer phenom is legitimately kid-friendly—no human blood was used in the book binding process, one assumes. It’s a fairly standard rhyming alphabet book, but along with introducing the young’uns to his pony Panini and having fun on the farm, little Lil Nas X and illustrator Theodor Tylor III deliver a subtle message of inclusion: “E is for EVERYBODY—we can all share the shine.”

The Premonition: A Pandemic Story by Michael Lewis

With another variant beginning to spread alongside effective and widely available vaccines, we are definitely in a different phase of the COVID-19 pandemic than we were when Michael Lewis published The Premonition back in January. But there are still valuable lessons to be learned about the government’s response to the crisis in this “superhero story” about the experts who see COVID as a kind of dress rehearsal for something much more deadly.

Fulfillment: Winning and Losing in One-Click America by Alec MacGillis

As Amazon boxes with their creepy smiles begin to pile up this holiday shopping season, it’s worth remembering the impact of Jeff Bezos’s ecommerce monopoly. The space-bound billionaire raked in record profits during the pandemic, while Amazon employees remained underpaid and overworked. MacGillis’s book details not only the human stories of those employees, but of how Amazon is reshaping nearly every aspect of American life.

An Ugly Truth: Inside Facebook’s Battle for Domination by Sheera Frenkel and Cecilia Kang

Speaking of tech platforms that have reshaped American life… Perhaps you’ve read about Facebook’s terrible, horrible, no good, very bad year. New York Times reporters Sheera Frenkel and Cecilia Kang’s exhaustive history of the social network and the people who run it is an essential resource for understanding exactly how we got here.

Based on and expanding the material in Nicole Hannah-Jones’s 2019 series for The New York Times Magazine, The 1619 Project recenters the story of America to begin with the moment the first enslaved Africans arrived in the nascent country. From there, writers like Jamelle Bouie, Barry Jenkins, Ibram X. Kendi, Wesley Morris and others trace the profound impact of that system on every aspect—from politics to diet to infrastructure and popular music—of the subsequent 250 years of American history.

‘And Just Like That’: I Can’t Stop Thinking About Carrie’s Weird Old Lady Blanket
Next page