If anyone could pull this look off, it's her.

First Hailey Bieber donned one for the 2019 Met Gala, then Bella Hadid showed off hers at the 2020 MTV VMAs. A few months later, Kim Kardashian West wore a Givenchy dress seemingly designed entirely to show hers off. We’re talking, of course, about the exposed g-string thong trend that’s been slowly creeping up and over the bare hipbones of A-listers for several seasons now.

The latest star to make a case for the polarizing noughties trend? None other than songstress Dua Lipa. While on holiday in Mexico, the Levitating singer decided to embrace the divisive look, layering a Savage x Fenty g-string beneath a cut-out floor-length gown from burgeoning fashion label Mônot. The open back dress ensured that Lipa’s lingerie choice was the focal point of her outfit which, judging by the star’s Instagram shots, was exactly the style moment she wanted.

So, really, a foray into the underwear-meets-eveningwear trend is hardly surprising for the 25-year-old. She accessorized the look with oversized Chanel chains on her wrist, Dans Les Rues rings and Safsafu earrings. Crimson eye shadow and a fun multi-hued manicure rounded out the youthful ensemble.

Lipa has been enjoying a well-deserved break with her boyfriend, Anwar Hadid ,in Tulum, on the Caribbean coastline of Mexico’s Yucatán Peninsula. She shared a loved-up snap of the couple, with Hadid echoing his girlfriend’s playful fashion choices with a pinstripe Mickey Mouse shirt and skinny Prada tie. The pair were also joined by a few of Lipa’s closest friends, with whom the singer posed in a separate snap. 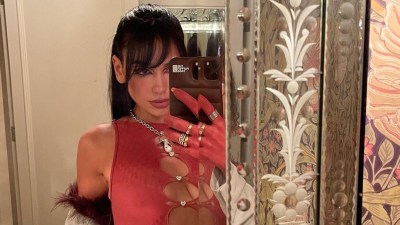 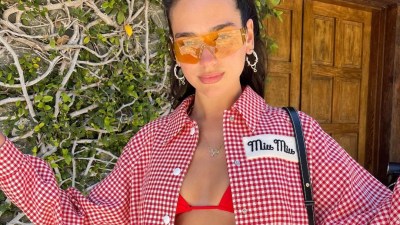 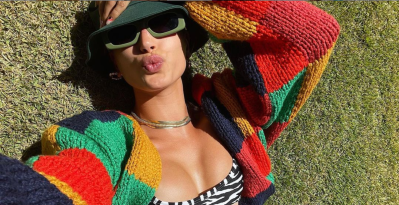 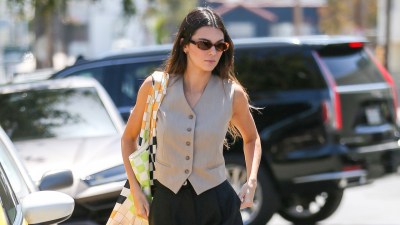 According To Kendall Jenner, Men’s Waistcoats Are The New Knitted Vests