Am I the only one who's still shock by a feather fascinator?

And just like that, a modern-day Carrie Bradshaw nodes at her early 2000’s self in the new Sex and The City reboot (again). As Paparazzi images continue to emerge from the set, we’re given a sneak peek at just what to expect from all the glamourous on-screen fashion ahead of the series debut.

The latest look to come from the set of “And Just Like That…” is sure to stun devoted SATC fans. Bradshaw is seen wearing a headpiece that appears to be a majestic black and pink bird. It seems Carrie still loves her bird-like hair accessories. The headpiece added to the drama of her dress with a backless black top and cream polka-dotted silk skirt.

But can we help but feel some trauma from the last time Bradshaw wore a massive feather fascinator on her head? (“I put a bird on my head!”) Some of the shots from the set also feature no other than Mr.Big himself. *GASP* Let’s hope this time he’s not causing our style icon any conflict this go-round. However, the recent script leak may beg to differ.

topics: Sex and the city, And Just Like That, Sarah Jessica Parker, SJP, SATC, Carrie Bradshaw 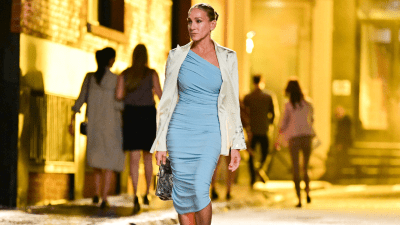 Is This $215 Norma Kamali Dress the New “Carrie Dress”? 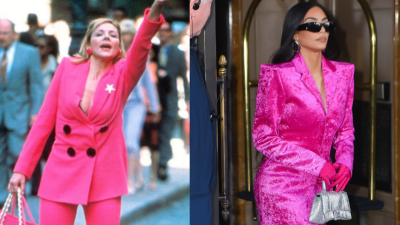 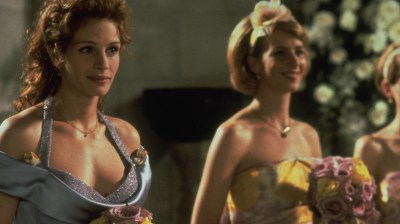 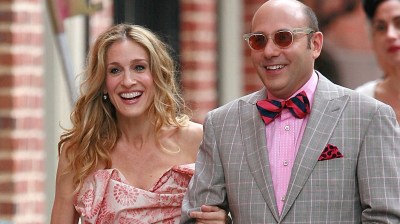 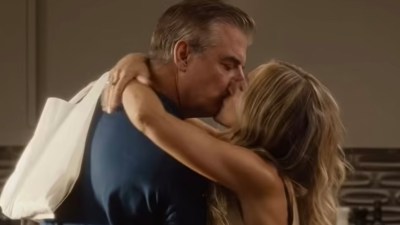 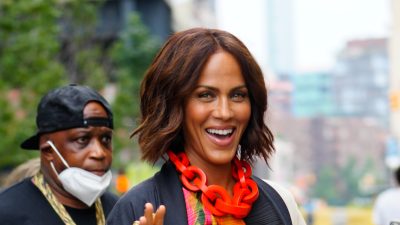 Is Nicole Ari Parker the New Samantha in the ‘Sex and the City’ Reboot?
Next page