Of the many reasons to check out Maid, Netflix’s heart-rending recent drama about a young single mother’s struggle to make ends meet and navigate America’s welfare system, is Andie MacDowell’s captivatingly manic performance. She plays Paula, the semi-estranged, definitely unreliable mother of Alex (played by MacDowell’s real life daughter Margaret Qualley). Every scene the two have together is dynamic, with Qualley embodying Alex’s barely restrained anxiety and frustration in an effort not to spook her unpredictable mother, and MacDowell, her hair a riot of salt and pepper curls, fully wildin’. Even in her frequent moments of gushing adoration and enthusiasm, MacDowell never lets us forget that Paula can turn on a dime, lashing out at her daughter with the full force of her neediness and resentment. She electrifies every scene she’s in, turning it into a danger zone.

Maid is just the latest project in recent years to feature MacDowell in a scene stealing role. You might even say she’s having a minor renaissance, breaking out of the slightly predictable maternal roles in which she’s been cast for the past couple decades. If you’ve finished up your Maid binge and want more of MacDowell, it’s a great time to revisit some of her classics and to check out the moment she’s currently having. Of course, this list is by no means comprehensive; it’s just a fantastic place to start.

30 Rock, Trial & Error, Mr. Mayor
Starting in 2012, MacDowell began burnishing her ironic comedy cred with a series of guest roles and cameos. In the 2012 episode of 30 Rock, “Leap Day,” she briefly appeared as herself starring Jim Carrey in scenes from a fictional movie about titular fictional holiday—a clear reference to her role in Groundhog Day. Then in 2017, she appeared in another NBC sitcom, the true crime satire Trial & Error, in which she played the deceased wife of the show’s main suspect (John Lithgow). Most recently, she had a cameo on another Tina Fey / Robert Carlock comedy, Mr. Mayor. She again appeared as herself, this time a hilariously out-of-touch, elitist version. What all these appearances make clear is that at this stage in her career MacDowell has a sense of humor about herself and is willing to take chances.

Magic Mike XXL
The sequel to Steven Soderbergh’s 2021 hit about male strippers found MacDowell reteaming with the Sex, Lies, and Videotape director (who served as the film’s cinematographer). On their way to a big strip-a-thon in Myrtle Beach, SC, Mike (Channing Tatum) and co. find themselves at the home of flirtatious Savannah divorcee Nancy (MacDowell). It was a surprising turn for MacDowell, who charmed audiences by getting pretty aggressive with Joe Manganiello’s character, signaling once again that she was up for more unexpected roles.

Ready or Not
Speaking of unexpected, it doesn’t get much further away from the romantic comedies of MacDowell’s heyday than this bloody 2019 horror-comedy. She plays fully against type as Becky Le Domas, the flinty matriarch of the sadistically unhinged family that poor unsuspecting bride Grace (Samara Weaving) unwittingly marries into. The naturally warm and charming MacDowell is cold-blooded and gimlet-eyed throughout, wielding a bow and arrows as she and the rest of the Le Domas clan hunt down and terrorize their prey.

Groundhog Day
The film that launched a thousand infinite time loop stories is well worth revisiting, not just for its influential concept or Bill Murray’s characteristically sardonic charm as weatherman Phil Connors, but also for MacDowell’s turn as his love interest. We’re well into MacDowell’s ’90s wife/love interest phase here, but there’s a reason why she was continuously cast opposite leads like Murray, Michael Keaton (Multiplicity) and John Travolta (Michael). She’s got the warmth and intelligence to win the audience over, as well as the comedic instincts to roll with an improviser like Murray. It’s particularly fascinating to watch her performance as Phil’s very grounded producer Rita with her turbulent role in Maid still fresh in our minds. Pour yourself a sweet vermouth on the rocks with a twist and enjoy.

Four Weddings and a Funeral
Another ’90s urtext, this time for more straight forward romantic comedies. MacDowell stars as Carrie, a stylish and charming American who steals the heart of Britain’s most befuddled leading man—that’s Hugh Grant to you. Coming just a year after Groundhog Day, MacDowell is once again at the height of her powers, bringing a breath of fresh air along with her signature slight Southern twang to this wry British classic.

Bad Girls
And now for a wild card! The cringeworthy title probably tells you all you need to know about this 1994 Western that seems to be trying to capitalize on the success of Thelma & Louise. MacDowell stars—alongside Madeleine Stowe, Mary Stuart Masterson and Drew Barrymore—as Eileen, one of four former prostitutes who break bad. Bad Girls was pretty much universally panned by critics, but if you’re a sucker for an ironic guilty pleasure, it might be worth your time to see a gun-toting, Stetson-wearing MacDowell and co. wreak havoc, B-movie style, in the old West. 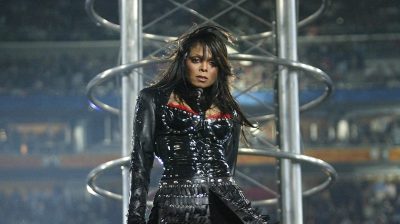