Prince Harry holding an umbrella over her, though

Since Meghan Markle and Prince Harry touched down in New York ahead of the Ripple of Hope Award Gala, anticipation has been high to see the couple together in public — and on the red carpet, no less — with the hype surrounding the first episode of their upcoming Netflix docuseries, the first episode of which is released later this week.

Following two teaser trailers, in which the Duke and Duchess of Sussex break down in tears and discuss tabloid stories being planted by The Firm, the pair left their home in Montecito for the Big Apple to attend the gala, where they were honoured with the 2022 Robert F. Kennedy Human Rights Ripple of Hope Award.

For the occasion, the couple dressed aptly with Markle wearing a stunning long-sleeve white off-the-shoulder Louis Vuitton gown with a subtle centre-leg slit. She wore her hair pulled back into a sleek bun and wore bronzed makeup. 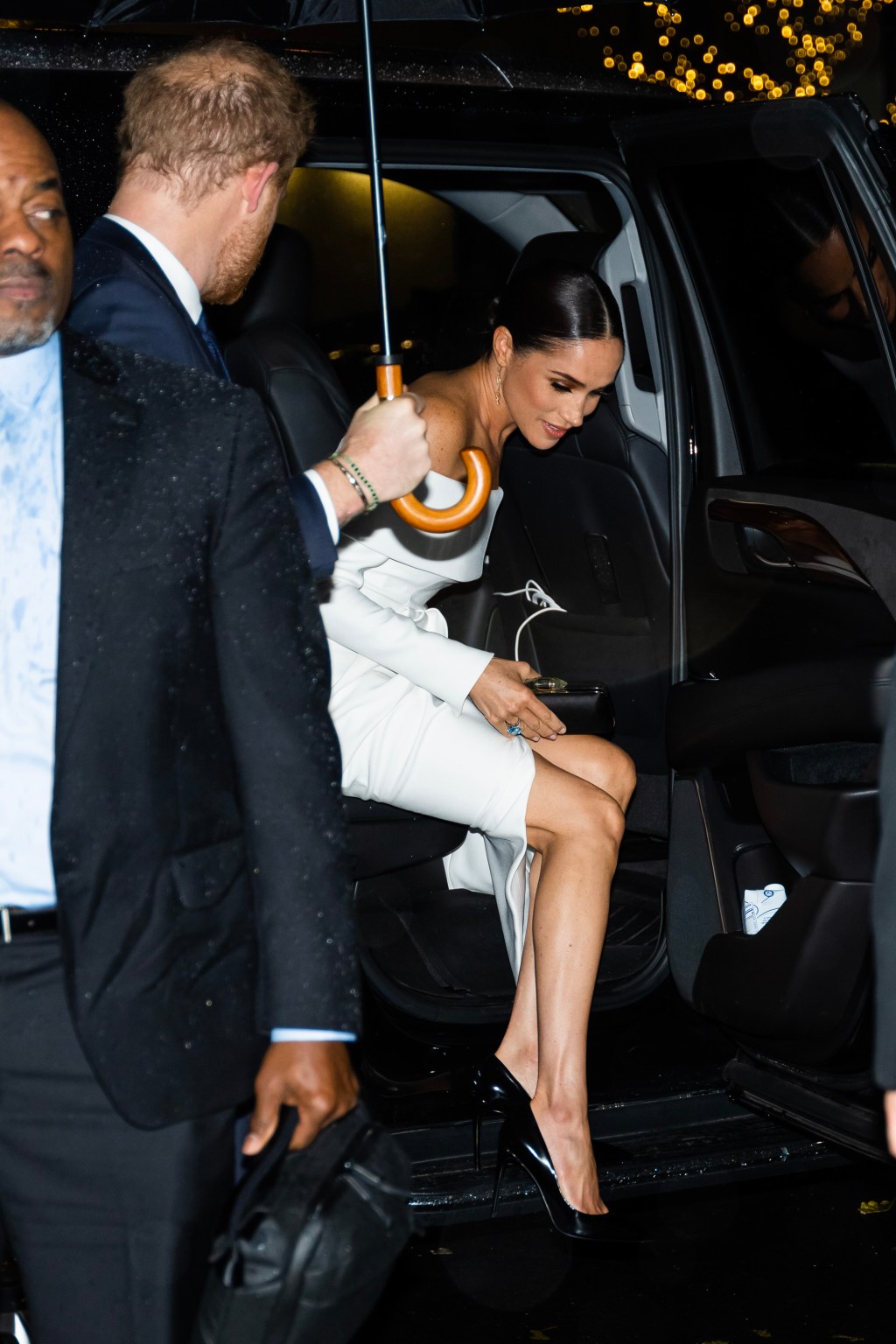 While getting out of the car, Markle and her husband had another sweet umbrella moment wherein Prince Harry stood sheltering her from the rain. This frameable shot, of course, goes alongside the photo of the pair laughing as they walk in the rain together under an umbrella, which has become one of the most recognisable images of them together, and the other time Markle famously sheltered Prince Harry as he gave a speech in a downpour while they were on an official tour of Australia.

Once Markle was safely out of the car, the pair proceeded to hold hands on the red carpet, beaming while doing so. For his part, Prince Harry wore a navy blue suit and tie with black derby shoes.

If the millions of eyeballs on their Netflix series in just a few days’ time bothers them, you wouldn’t know it.