In a new interview, Teigen revealed Markle reached out to her after the loss of her third child

Last year, both the Duchess of Sussex Meghan Markle and Chrissy Teigen suffered immense losses. In late September, Teigen publicly shared she had had a stillbirth and her third child, a son she and husband John Legend had named Jack, had died.

A few months later, in a personal essay for The New York Times, Markle detailed the immense grief and suffering she Prince Harry were feeling after Markle suffered a miscarriage with her second child in July.

At the time, Teigen publicly defended Markle against trolls, who were questioning her motives in publicly sharing her grief—something that had happened to Teigen en mass just months earlier.

Now, she’s revealed the women were communicating behind-the-scenes, brought together out of the shared experience of the loss of a child.

Teigen said Markle first reached out to her after she lost Jack and that the two have been in touch since.

Teigen continued, “That’s why you look at everything and you’re like ‘My god, what is absolutely wrong with people that they have to make this person out to be so malicious or so crazy?’ when it’s just as simple as them being as kind as everyone says they are.”

Teigen added that she also spoke to Markle after her and Prince Harry’s interview with Oprah Winfrey. “I think when I ended up watching it, it was like ‘Holy shit this is big,” Teigen said. “But also I waited a long time to watch it, so I’d already heard so much about it.”

She added Markle didn’t tell her anything new that she hadn’t shared with the public. “I think she’s been very honest [and] open,” she said. “I think her truth has been her truth since the very beginning.” 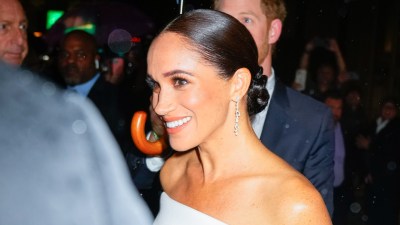 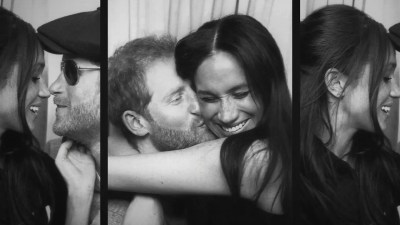