Mariah Idrissi: As A Muslim, I Feel Great Responsibility To Do My Part In Taking Care Of The Planet 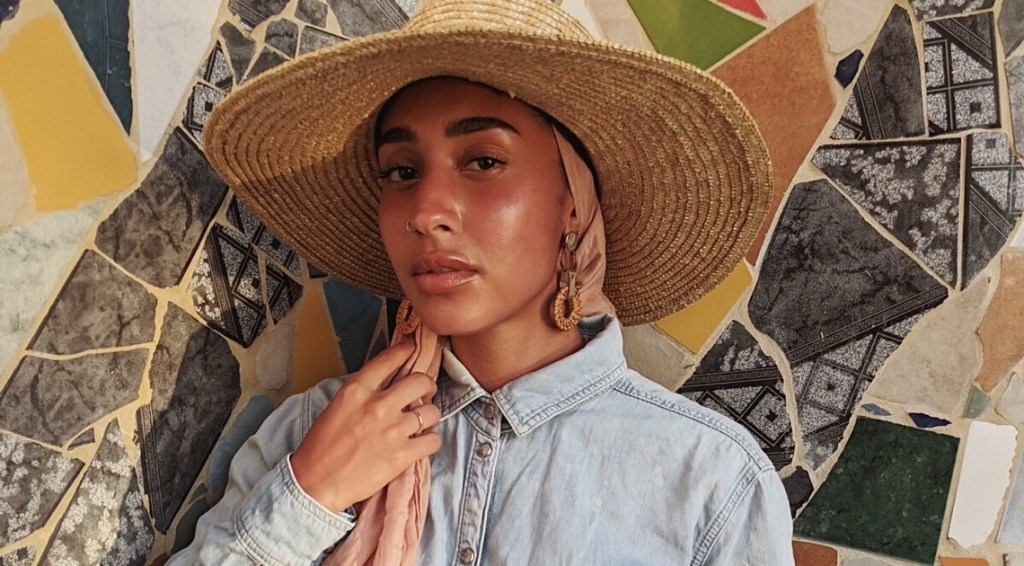 In 2015, I was scouted in a shopping mall in London for a fashion campaign by a woman called Coralie. I had no idea that campaign was for retail giants H&M and would begin my career in fashion as the first hijab wearing model. To simply see a visible Muslim woman in the media wasn’t common so my focus was directed in promoting more diversity in the industry.

Five years later, my relationship with fashion has turned full circle and brought me back to remind me what originally inspired me to pursue a career as a model and spokeswoman. It was purpose and substance. My first ever campaign focused on two main areas: recycling and diversity with the message that everyone should recycle their clothes and be more conscious of the way we shop and how that impacts the planet and people in it.

In between that time, I can hold my hands up and admit I hadn’t been as fashion conscious in regards to sustainability as I should have been. My attention has been more focused towards building relationships between communities and promoting diversity in fashion and media. And as much as that’s important, I feel now in these past five years we have witnessed a growth of Muslim representation with more and more hijab wearing models emerging, more discussions and more brands creating collections targeting the modest consumer such as Nike who recently brought out a new line of burkinis.

In 2020, the State of the Global Islamic Economy predicts that the Modest Fashion market could be worth more than £226bn. These figures are something we are often proud of. It demonstrates our spending power as a community as well as the influence we have in this space as more and more brands are tapping into what’s called “the Muslim pound”. However, on the flip side, how does all this consumption affect our planet especially when we take into consideration fashion consumption globally?

Now, I’m someone who likes a challenge and likes to solve a problem. Although fashion sustainability is an area that I don’t have an academic background in so I’m still very much a student but I’m sure many will agree we all are to some degree because it can sometimes feel like a rabbit hole. As soon as I think I’ve found a solution or met someone with one, I’ll meet someone else who has a completely different opinion and their own research to back it. It’s a constant journey as the world keeps changing everything in it tries to adapt.

That being said, from my personal experience working with the designers, brands and consumers, I want to touch on some of the issues and some potential solutions. If we go back, from the 1900s to the 1950s, American consumers spent around 12-14 per cent of their annual income on clothing. Today, we spend about 3 per cent but our wardrobes are actually bigger. So that means we’re getting more for our money but at what cost? A question many of us don’t like to ask.

Fashion is considered the second largest polluter in our planet coming in after oil and gas. But the Global Fashion Industry itself is generating a lot of greenhouses gases due to the energy used in production, manufacturing and transportation of goods. Our clothes use up around 1.5 trillion litres of fresh water each year and the process, pollutes the water, mainly affecting people in developing countries but not limited to. The fish we eat comes from the same polluted water caused by the clothes we wear. As much as we all enjoy online shopping and the convenience of it, we can’t ignore the affects its having not just on the environment but also the impact on local businesses and jobs.

I could spend hours talking about the effects the fashion industry has on our environment but then there’s also the effects it has on the people making our clothes. Shopping with ethical brands should mean that people are not forced into modern-day slave labour. Aside from the working conditions many of our brothers and sisters are in, the other issue is a part we play, which is the excessive demand of new clothing to be produced in unrealistic time frames to keep up with new trends. With the increase of social media influencers promoting ‘fashion hauls’ as well as fast fashion brands releasing new products every few weeks it’s no mystery why people overseas are overworked to meet our demands. I believe, in order to change our actions, we have to first change our thoughts. Our thoughts around the way we pride our spending habits, our thoughts around the way we do marketing and our thoughts around the way we can support businesses that are doing their best to provide a more sustainable product or service.

As consumers we have influence and this is where we can turn the table on the negative impacts social media may have on our spending habits and instead use it to promote positive solutions for people. Rather than priding ourselves on the quantity of clothes we own, we should pride ourselves on the quality, even if it means posting the same outfit more than once! As I’m talking I’m advising myself first before others!

As consumers, we should ultimately be spending more and buying less. I was watching a talk online and it was actually discussing how recycling isn’t the ultimate solution, it’s about consuming far less than we do today. Many of us may be aware that much of our recycled goods don’t actually make it. I asked my mum, when she was my age how many pairs of shoes she had, she told me probably around six pairs. I’m embarrassed to say how many I own. It’s even changing the way we view success and how we connect that to material gains. In all honesty as much as I love fashion, I would be happy to not have to stress about what I should wear in the morning if I simply had fewer options.

Now, on the other hand lies the responsibility of the big brands and corporations who provide us all these options but little information on how and where our clothes are made. This is where impactful solutions can be developed such as, creating more simple designs in clothing. One of the reasons why certain garments aren’t recycled is because of all the extra bits added on which can cost more to separate in the recycling process than to simply discard so a leather jacket with loads of buttons and zips could likely end up in a waste site. However, the fast fashion industry, where the majority of people shop is attractive because of its affordability and vast selections. Again, it’s about spending more on quality, buying less in quantity and changing that mindset around the excessive ‘need’ for more when in fact we need less.

A good example of a strong action plan which took effect in the UK was getting rid of plastic bags in supermarkets. Now initially, many people were annoyed with this change, you had to pay a few pence to buy a plastic bag if you didn’t carry your own reusable one. Then naturally, people had to adapt and remember to bring their own one or constantly feel irritated purchasing another reusable bag to chuck under the sink. This change overall has been positive and I don’t believe it would have been so effective if we waited on consumers to take that initiative. If I walked into H&M and the only options were from their conscious collection, I would naturally have to shop consciously.

As much as brands are creating and innovating to provide sustainable options, we can’t ignore the fact that sustainable fashion isn’t always the most affordable especially taking into consideration low-income households with larger families.

Sheikh Hamza Yusuf gave a speech discussing climate change and shared that there is a rise in two species – rats and jellyfish. They say what happens on earth, reflects the sea and jellyfish are spineless, brainless creatures. What does that say about our society?

As a Muslim, I feel a great responsibility to do my part in taking care of our planet especially considering I am a part of an industry that causes it great harm. I don’t consider myself an expert in this field but that doesn’t mean someone like you, or I can’t openly show a willingness to learn and change our habits to be actively involved in something that benefits every one of us. I’ve made small changes by ensuring a larger percentage of my wardrobe has either recycled or ‘preloved’ items as well as trying to support brands that attach themselves to a cause.

In the words of the Surah ar-Rum:
“Corruption has appeared in both land and sea
Because of what people’s own hands have brought
So that they may taste something of what they have done
So that hopefully they will turn back.” 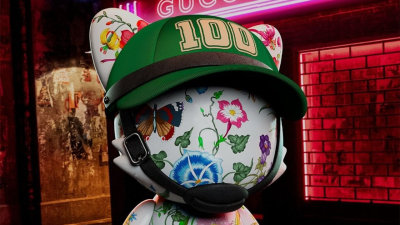 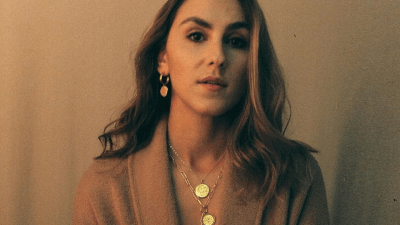 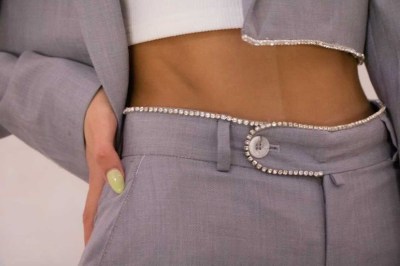 Sustainability Is In Style: Why Co-Designing Your Closet Could Be The Future Of Fashion 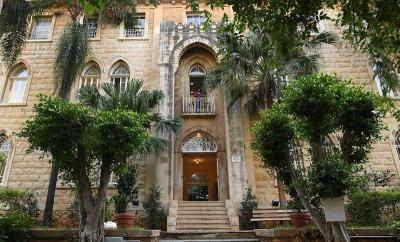 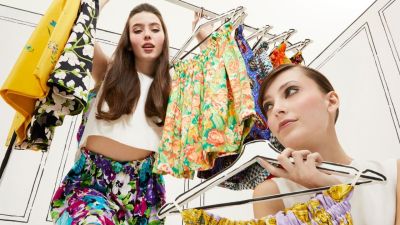 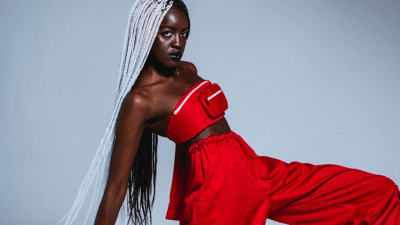