Kylie Jenner is becoming a regular guest at Paris Fashion Week after attending in a gazillion incredible looks at Haute Couture Week last September. The reality star touched down in France at the weekend to attend the Maison Margiela Co-Ed 2023 runway as a guest of the designer. She documented the entire affair via social media which included details on her look, right down to the latex lingerie.

“get dressed w meeeee @maisonmargiela”, Jenner captioned an Instagram post. She wore high-waisted latex briefs and a cone bra which was paired with a tulle ruffled plaid coat from the French Fashion House.

The beauty mogul was later captured attending the runway wearing a tiny blue slip dress (if her appearance at the Balmain runway in September is any indication, Jenner doesn’t feel the cold). The look was finished with rhinestone covered pumps and a mini Maison Margiela bag.

The weekend event also coincided with Jenner revealing her son’s new name Aire (pronounced Air) for the first time. She shared the news via a rolodex of sweet images to Instagram with a long list of celebrities reacting to the news.

Jenner and her boyfriend Travis Scott welcomed their son last February. He was originally named Wolf and shortly after his brith the beauty mogul announced it would be changed. “FYI our sons name isn’t wolf anymore. We just really didn’t feel like it was him. Just wanted to share because I keep seeing Wolf everywhere.”

Scroll below for some of our favourite celebrity street style looks from Men’s Paris Fashion Week. 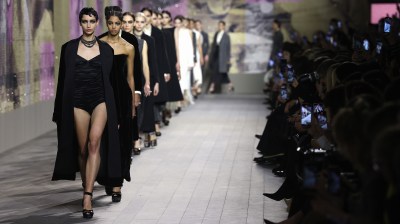 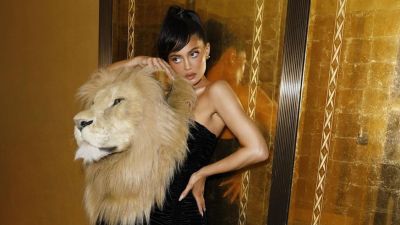 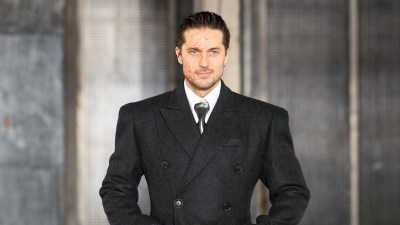 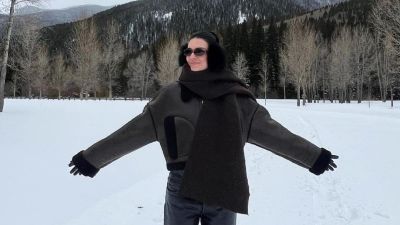 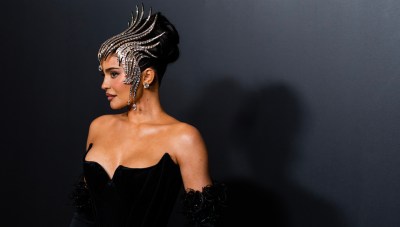