She may not have been his red carpet plus one, but his girlfriend was ready and waiting for the after party

The red carpet during awards season is almost as important to many as the actual ceremony itself with custom-made haute couture gowns being debuted and celebrities using the opportunity for date night with their significant others. The 2023 Golden Globes, which took place on Tuesday night in Beverly Hills, were no different with the likes of Rihanna in Schiaparelli alongside her beau A$AP Rocky giving us mere mortals everything we could want and more.

Another couple many were expecting to see front and centre on the red carpet was 31-year-old actor Austin Butler and 21-year-old model Kaia Gerber, who have been dating for over a year. It was a big night for Butler, who was nominated — and won! — for his role as the late Elvis Presley in Elvis. However, instead of having his girlfriend on his arm, Butler brought his sister, Ashley.

Days before the event, Butler confirmed it was a “hard” choice picking his plus-one, but confirmed “I’m going to bring my sister,” to Entertainment Tonight, adding, “she’s my one and only sister, so it’ll be nice to be with her.”

But fear not: all is well between Gerber and Butler who met up following the official ceremony to attend the after-party and celebrate Butler’s win. Dressed in a sheer black dress, Gerber wore her brunette hair in loose waves as she was pictured walking inside hand-in-hand with her man.

During the night, French journalist Alexandre Maras shared a video on his Instagram Stories of Gerber and Butler passionately kissing with their arms wrapped around each other, before they pull back to smile ear to ear. Thankfully, Page Six managed to screenshot the moment: 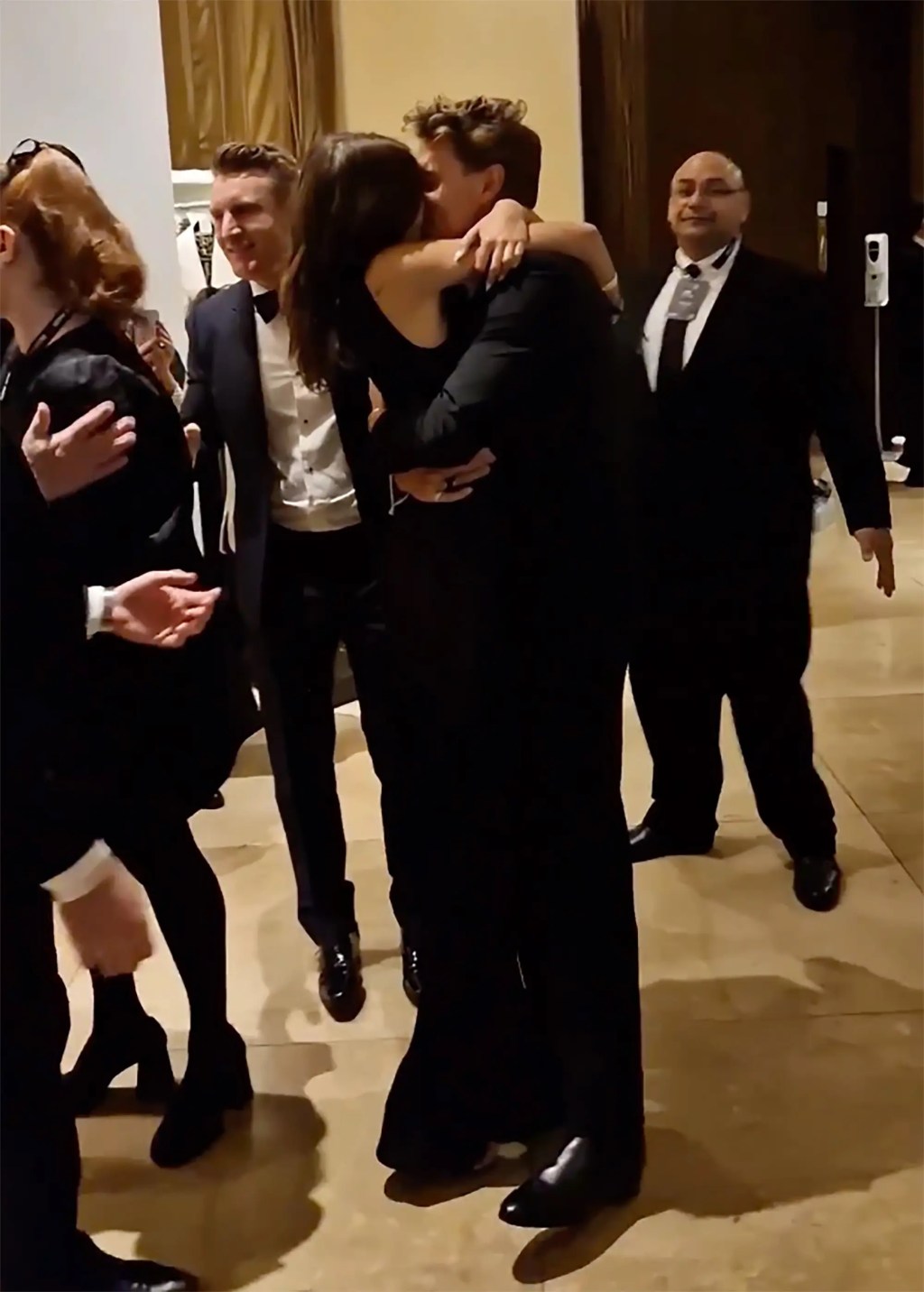 Anyone else reminded of that iconic Cannes Film Festival smooch?