The Meiers just keep getting better

Few brands make minimalism look quite as aspirational as Jil Sander—a feat first achieved by the eponymous brand’s founder, and continued through to today under the tutelage of Lucie and Luke Meier. For Fall 2021, the fundamentals that make that signature minimal design so appealing were on full display—who knew a simple coat, a pair of trousers, or a neatly-tailored blazer could be so compelling?

A crisp white cotton shirt printed with a delicate smattering of florals suddenly becomes the perfect shirt—especially when you zoom in to notice the arms are finished in contrasting ivory silk. A suffragette-esque white suit is perfected with culotte legs and a sharp cut, then driven to new heights thanks to the tiniest peak of lavender, poking out of the lapels. Every single element is thought through, and then thought through again.

“There is a cliché tied to minimalism that it’s cold, gray, kind of boring, and too non-human, too industrialised,” said Luke Meier in a 2018 interview. I think that at the core of the Jil Sander brand, there’s this element of emotion of being very simple and stripped down to the bare essentials. That’s what is really the essence of the brand. There isn’t anything superfluous. And so you arrive at a purity. But it’s also very emotional. Achieving that balance is difficult. But when it’s done well, it can be incredible.”

The Meiers’ constant striving for aesthetic purity has made them natural predecessors to Phoebe Philo—whose tenure at Céline has become the stuff of modern fashion legend. Like Philo, Luke and Lucie Meier offer a highly intellectual take on feminine design, pieces that are demure—modest, even—and yet feel hyper-modern thanks to clever cuts, compelling prints, and clever design tricks.

Above all, Fall21 was a testament to the way beautiful clothing serves as a kind of balm for the soul, something we are all—it goes without saying—desperately in need of right now. The collection debuted in a short film directed by long-time Jil Sander collaborator Stephen Kidd, scored with original music by the British-German musician Anika, whose throaty warbles are eerily reminiscent of another chic German transplant, the late great Nico.

The overall effect was a kind of meditative calm—the sartorial equivalent to taking a deep, nourishing exhale. Brands like Jil Sander feel increasingly rare in the age of manic social media consumption and a still-terrifying amount of fast fashion wastage. It’s for this reason, that every new collection doubles as a kind of manifesto for the way the fashion industry should look going forward: restrained, thoughtful, and exquisitely beautiful. 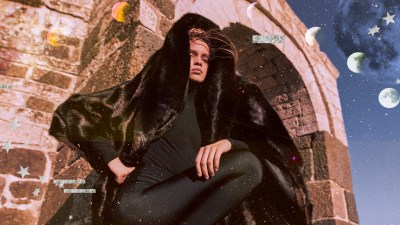