Ina. new interview, the actor details how he was "sort of swept off my feet"

For George Clooney, it really was love at first sight. This week, the Catch-22 actor detailed how he met and fell head-over-heels for his now-wife, Amal Clooney. The couple married in 2014, and he says no one was more surprised he was a wedded man than himself.

“The truth was I met this amazing woman and she took my breath away,” Clooney told co-hosts Jason Bateman, Sean Hayes and Will Arnett of the Smartless Podcast . “She was brilliant and funny and beautiful and kind. I was sort of swept off my feet.”

The actor and director was bachelor for about two decades before meeting the human rights lawyer. Clooney was married to actress Talia Balsam from 1989 to 1993 and vowed he would never get married again in an interview with Barbara Walters in 1995.

“How do you know you won’t marry again?” Walters asked.

“Because I wasn’t very good at it,” he replied.

Amal admitted in 2018 that she believed she’d never meet “the one”, until she spent time with Clooney.

Speaking on the proposal, Clooney said he was left hanging for 20 minutes before receiving a response.

“We never talked about marriage when we were dating. And I asked her out of the blue,” Clooney told CBS. “Took her a long time to say yes. I was on my knee for like 20 minutes. I finally said, ‘Look, I’m gonna throw my hip out.'” 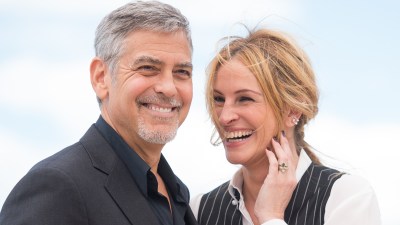 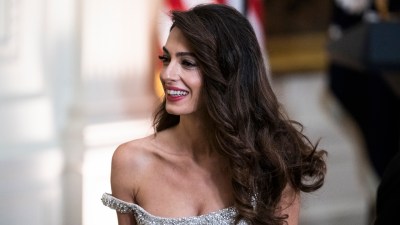 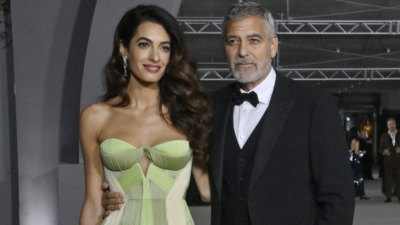 Amal Clooney Stuns In Green At The Academy Museum Gala 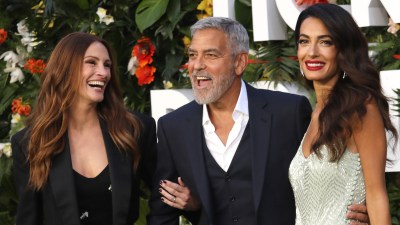 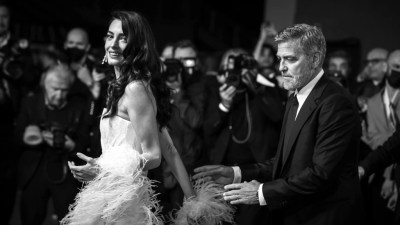