After a 5-year hiatus, Queen Bey returns to the stage.

This weekend, a star-studded lineup of guests and A-list celebrities made their way to the brand new Atlantis The Royal in the Palm, Dubai to experience the ultimate extravaganza. As part of the celebrations, Beyoncé took to the stage to perform for one hour, after a five-year hiatus. The queen of pop was reportedly given an offer she simply couldn’t refuse, amounting to $24 million (Dhs88 million). Among the guest list was Kendall Jenner, Liam Payne, Jay Z as well as Swedish House Mafia who performed a set.

Queen Bey appeared with her usual entourage of background dancers and swept the night away with some of her iconic hits, such as ‘Crazy in Love.’ She also made an ode to iconic Algerian singer Warda as her hit song “Batwanes Beek” played. Blue Ivy also made an appearance with her mother on stage and Lebanese dance group and winners of America’s Got Talent, Mayyas.

The exclusive event was not open to the public and guests received personal invitations for a two-night stay at the brand new hotel. Apart from Beyoncé’s epic performance, the weekend has been curated with exciting events including a unique dining experience with celebrity chefs Heston Blumenthal, Jose Andres and Nobu Matsuhisa, parties and celebrations every night, morning escapades at Aquaventure, the world’s largest waterpark, a star-studded red carpet, and a spectacular firework show.

Kendall Jenner also hosted a launch event for her tequila brand, ‘drink818’ at the Atlantis The Royal as part of the grand reveal, where celebrity guests flew in for the occasion including Jonathan Cheban, Simon Huck and several more.

If you want to experience the luxury treatment that Queen Bey herself did, Atlantis The Royal will be officially open for public reservations from February 10th via their website. 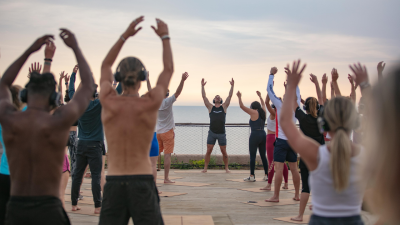 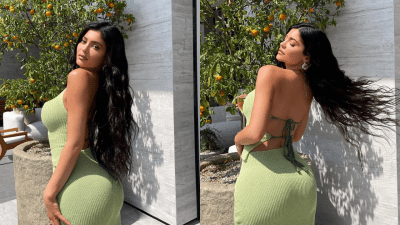