At Erdem, En Pointe Fashion For A World Of Contradictions

Erdem Moralioglu unveiled his Fall 2021 collection at London Fashion Week this afternoon—less than 24 hour after Boris Johnson’s announcement that the United Kingdom will be opening back up, in full, on June 21. The news inevitably lingered over Moralioglu’s runway show. For the first time this season, Brits were able to consume a fashion collection while actively imagining a future in which they’ll be able to wear the clothes. This, in itself, added a certain power to the Erdem F21 offering.

The collection was inspired by the relationship between legendary ballet dancers Rudolf Nureyev and Margot Fonteyn. Fonteyn was nearing retirement when she reluctantly agreed to partner with then-upstart Nureyev, the pair going on to become one of the most internationally-renowned ballet partnerships in history. Ballet itself is a long-time source of inspiration for Moriloglu, who costumed a ballet for the Royal Opera House in London in 2018, and who hired Edward Watson, a principal dancer in the Royal Ballet, to choreograph the runway for this collection.

The collection perfectly embodied the transitory, contradictory state of affairs the world currently finds itself in—half-ready to return to life’s great stage, yet still confined to the four walls of our homes.

Sometimes Erdem took this idea quite literally—satin piped-hem pyjamas worn with lace-up platforms or a voluminous satin dress with large chrysanthemum motifs was paired with a woollen beanie and pointe shoes. But the true pleasure of an Erdem show is always the theatricality—masterfully crafted gowns with careful, often breathtaking attention to detail, the kind of dresses that make you long for theatre and film and retail stores and red carpets and parties all at the same time.

Erdem makes the hybrid look good—but for most of us, the thought of a life where we can shed our ribbed leggings in favour of pearl-adorned party dresses is the guiding motivation driving us toward June 21 (well, the UK-based dwellers among us at least). We’ll see you on the other side. 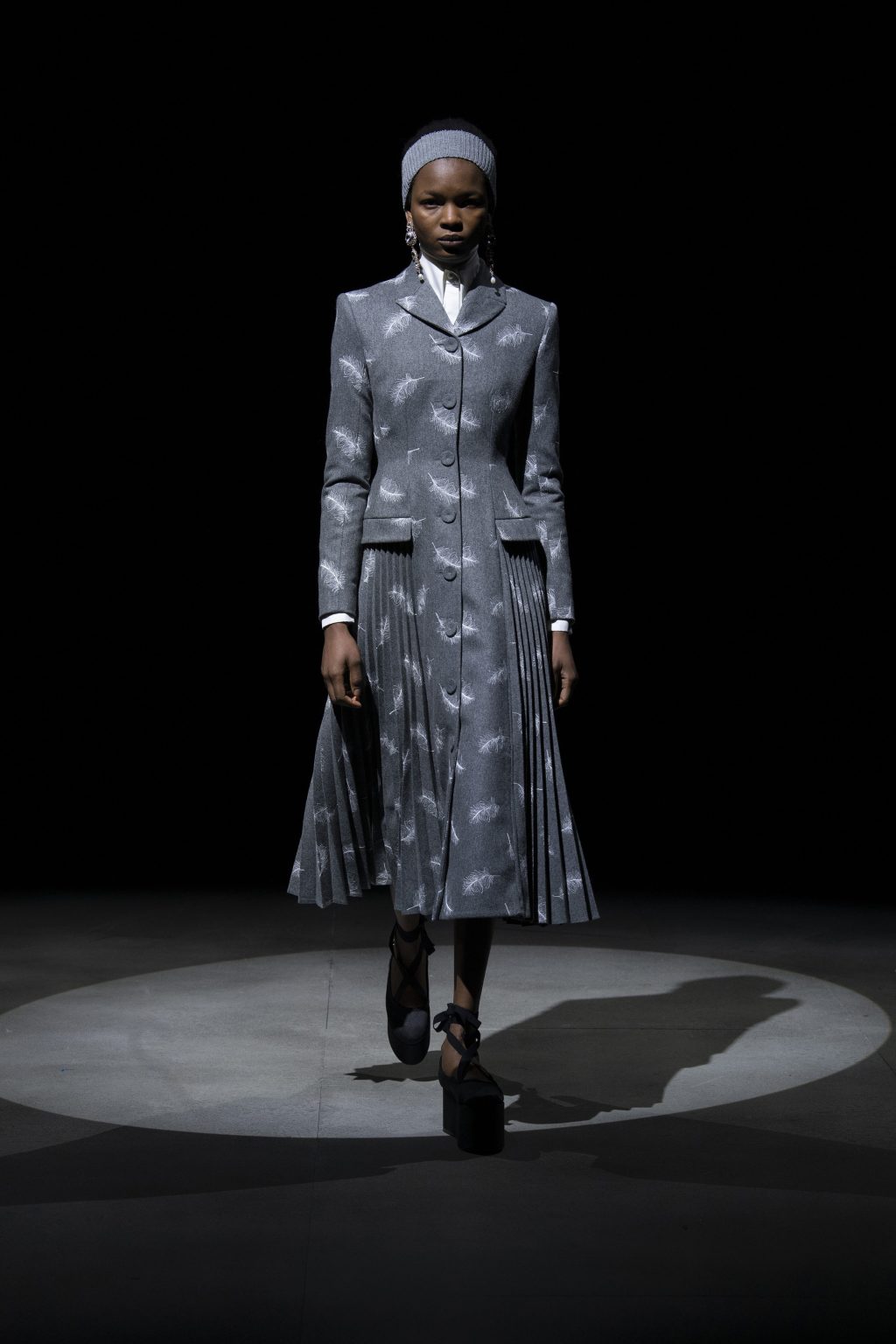