However, we have further to go

As the first (and last) event on the awards season calendar that was entirely held in person, a sense of normality returned to Hollywood at the 2021 Oscars. The glamorous soirée was a welcomed reprieve to sweat pants and Zoom calls. But for the greater public, the numbers at the end of the night did not reflect as such.

According to Variety, just 9.85 million people tuned in to the ceremony, more than a 58 percent drop from last year’s all-time low of 23.6 million viewers. In comparison, the 2019 ceremony garnered 29.6 million viewers. With COVID-19 restrictions including social distancing and production limitations in place, much of the awards season has struggled the engage the public. Where is the magical red carpet run in with Brad Pitt and Jennifer Aniston? Or the many facial expressions from Billie Eilish?

While it’s disappointing, the Academy Awards made history in a more positive light. The Wrap reports that women nabbed a historic 17 awards at the Oscars in 2021, most notably in the Best Director category which is typically male-dominated. Nomadland‘s Chloe Zhao was awarded the honour while Emerald Fennell won Best Original Screenplay for Promising Young Woman.

By comparison, 30 men were awarded across the evening meaning women accounted for 36 percent of trophies won. 70 women were nominated in 2021 which is the highest count in history. It’s certainly not equality but a sizeable increase from 13 female wins in 2020.

See all the female winners below.

Frances McDormand, Best Actress in a Leading Role for “Nomadland”

Yuh-Jung Youn, Best Actress in a Supporting Role for “Minari” 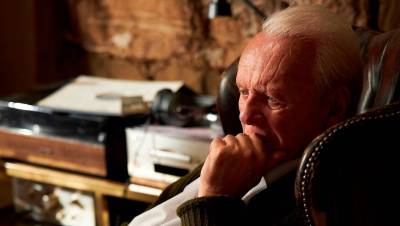