Opinions might still be divided on the Burberry’s brand new logo (like the brand formerly known as Céline, which now operates without the French accent, the British brand has simplified its logo font) new creative director Riccardo Tisci has left no question of his dream fit for the fashion house.

The Italian designer whose name became synonymous with sexy, dark clothes during his time heading up Givenchy has proven he can do serene, elegant and quintessentially English too. His debut collection for Burberry shown overnight at London Fashion Week “paid homage to individuality, eccentricity and inimitable attitude of Britain”, according to the show notes.

Considering the fever-level anticipation amongst fashion heavyweights for this show, the event in Vauxhall was a surprisingly cosy affair – literally (front row guests sat in cream-coloured armchairs).

While the front row – which he had declared in the lead-up to the show would be a celebrity-free zone – was the usual editors and styling heavyweights, it also featured his closest friends and family, including his mother who (touchingly) wept during the final. This was a highly commercial collection that was respectful to the brand nurtured for so long by designer Christopher Bailey, but also an emotive one too.

In another step away from the post-show norm, pieces from the collection are now available to buy for 24 hours exclusively on Instagram, WeChat and at Burberry’s London flagship store at 121 Regent Street in London.

WATCH THE BURBERRY SS19 RUNWAY SHOW VIDEO IN FULL BELOW 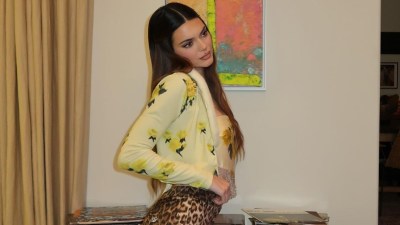