Jonathan Anderson is going to need a bigger trophy cabinet

The designer won two of the biggest awards at yesterday's Fashion Awards, as did recently dethroned Christopher Bailey. All winners plus a sentimental tribute video from Lady Gaga here

There was far more wow-factor to the British Fashion Awards yesterday than the dazzling red carpet looks and standout beauty moments. Seriously big superstars, sad goodbyes, a glamorous sit-down dinner and some surprise winners all added to this year’s intrigue.

Perennial crowd-pleaser Donatella Versace – who masterminded one of the most memorable fashion moments of the year by sending five of the original supermodels down her Spring/Summer catwalk – won the equivalent of a lifetime achievement gong, the newly-created Style Icon Award.

This heartfelt message from her friend and long-time fan Lady Gaga offering congratulations is especially moving. Anyone who’s seen the performer’s documentary Five Foot Two will recall Versace was backstage with the singer before her watershed Superbowl half-time show, helping her step into her custom-made costume.

Gaga, I love you very much! You are an ICON to me. ? @ladygaga #fashionawards #fashionicon

According to the Fashion Awards website, “The Fashion Icon Award celebrates the creativity and innovation, glamour and power of Versace and recognises both the incredible fashion legacy of Gianni Versace and the role Donatella Versace has played in maintaining the iconic brand her brother created as well as supporting, mentoring and championing many young British designers and young designers around the world.” 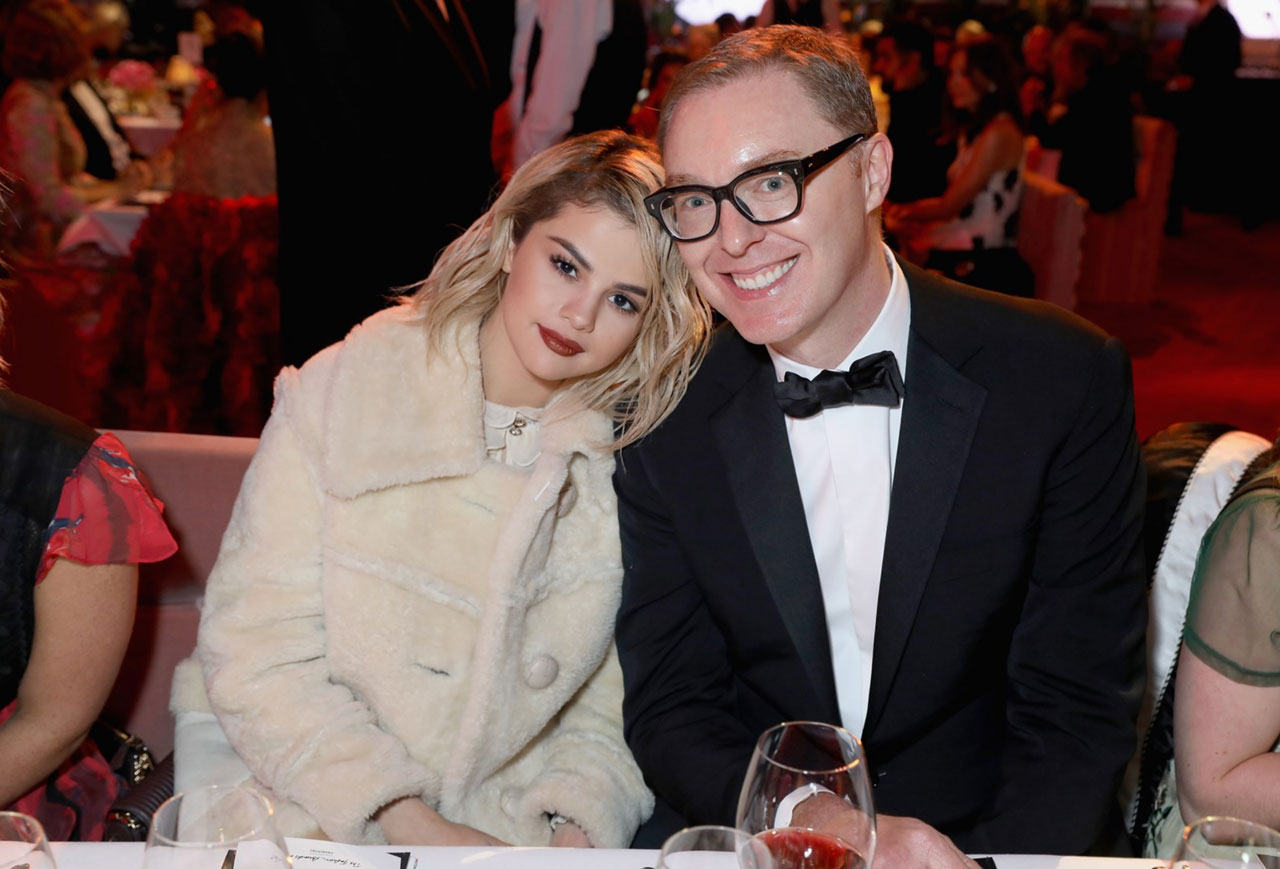 Jonathon Anderson, who designed a collection for Uniqlo this year, walked away with two of the event’s major trophies for work on two different brands. The first, British womenswear designer of the year for his eponymous JW Anderson label. The second, accessories designer of the year for his work at Loewe. (The Belfast-born 33-year-old has been creative director of the Spanish label since 2013.) 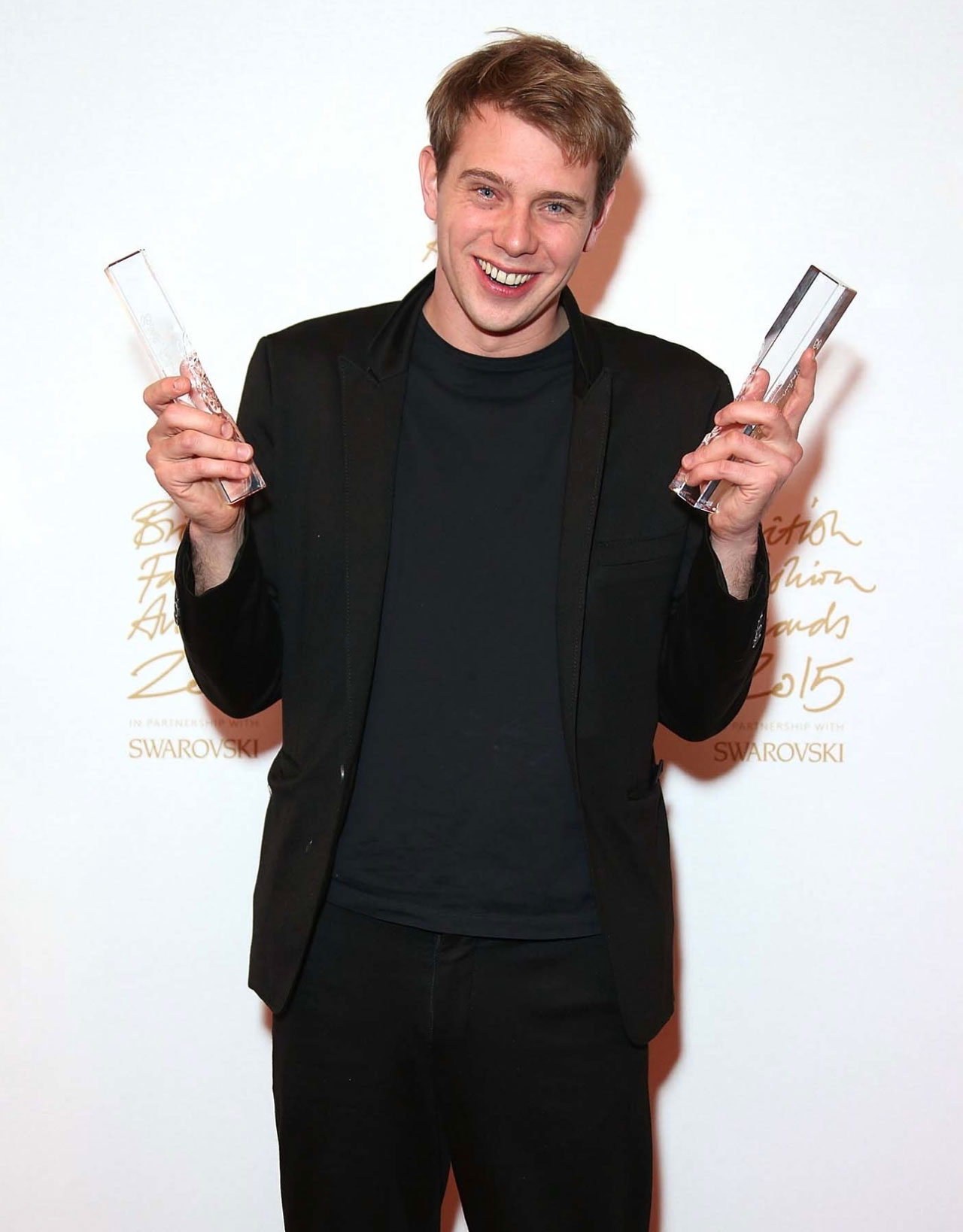 There was a moving tribute to the late Azzedine Alaia, who passed away last month, and a fond farewell to Net-a-Porter founder Natalie Massenet, who relinquished her chairperson role at the British Fashion Council given she will soon be based across the pond at American online giant Farfetch. Eco-warrior Stella McCartney was awarded the big innovation statue for her commitment to sustainable fashion and environmentally-aware production. 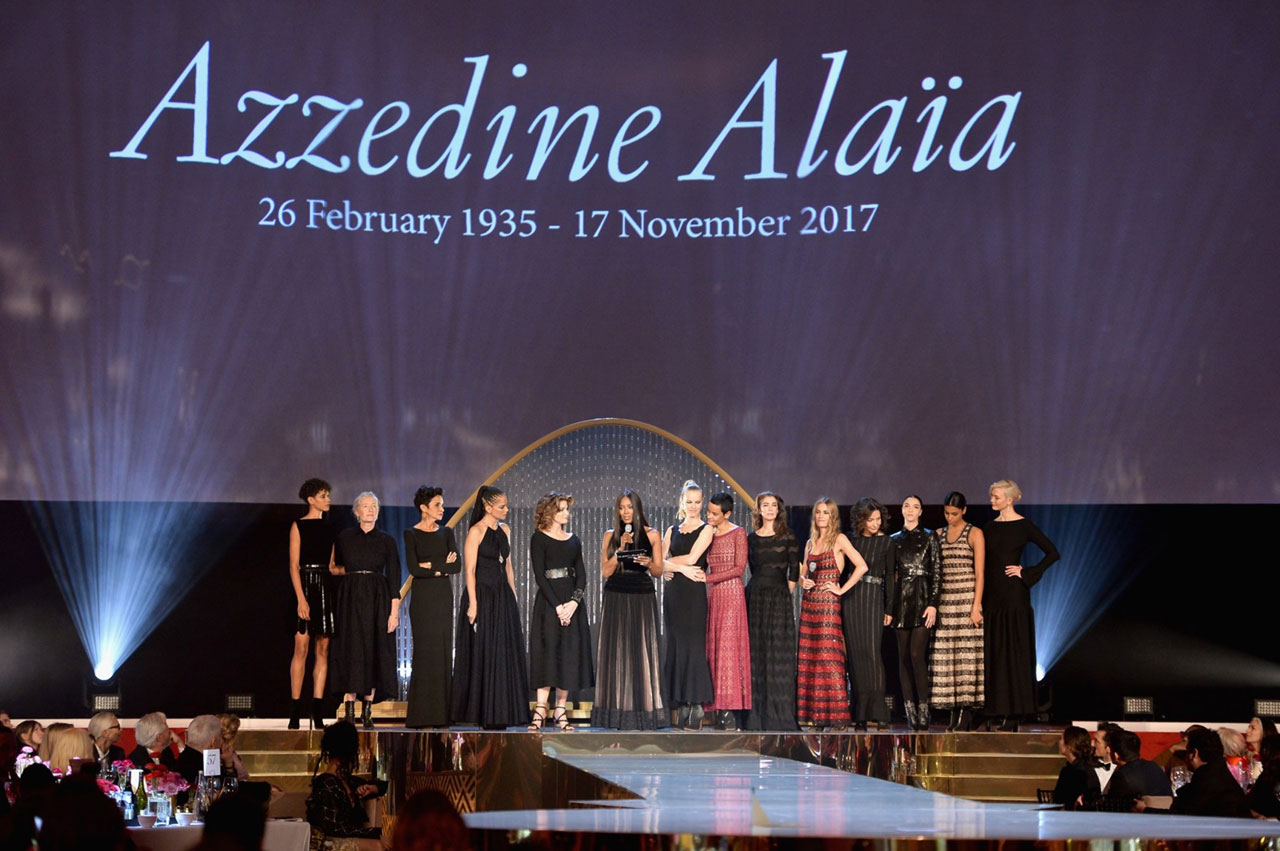 Naomi Campbell lead a tribute to her friend, the late Azzedine Alaia
Credit: The Fashion Awards

Maria Grazia Chiuri capped off her dazzling first full year at Dior by winning the Swarovski Award for Positive Change, a nod to the fact she is the storied house’s first female creative head and a champion of women’s rights. (After all, her We Should All be Feminists shirt sparked the huge slogan tee trend that became the poster look for street style 2017.) 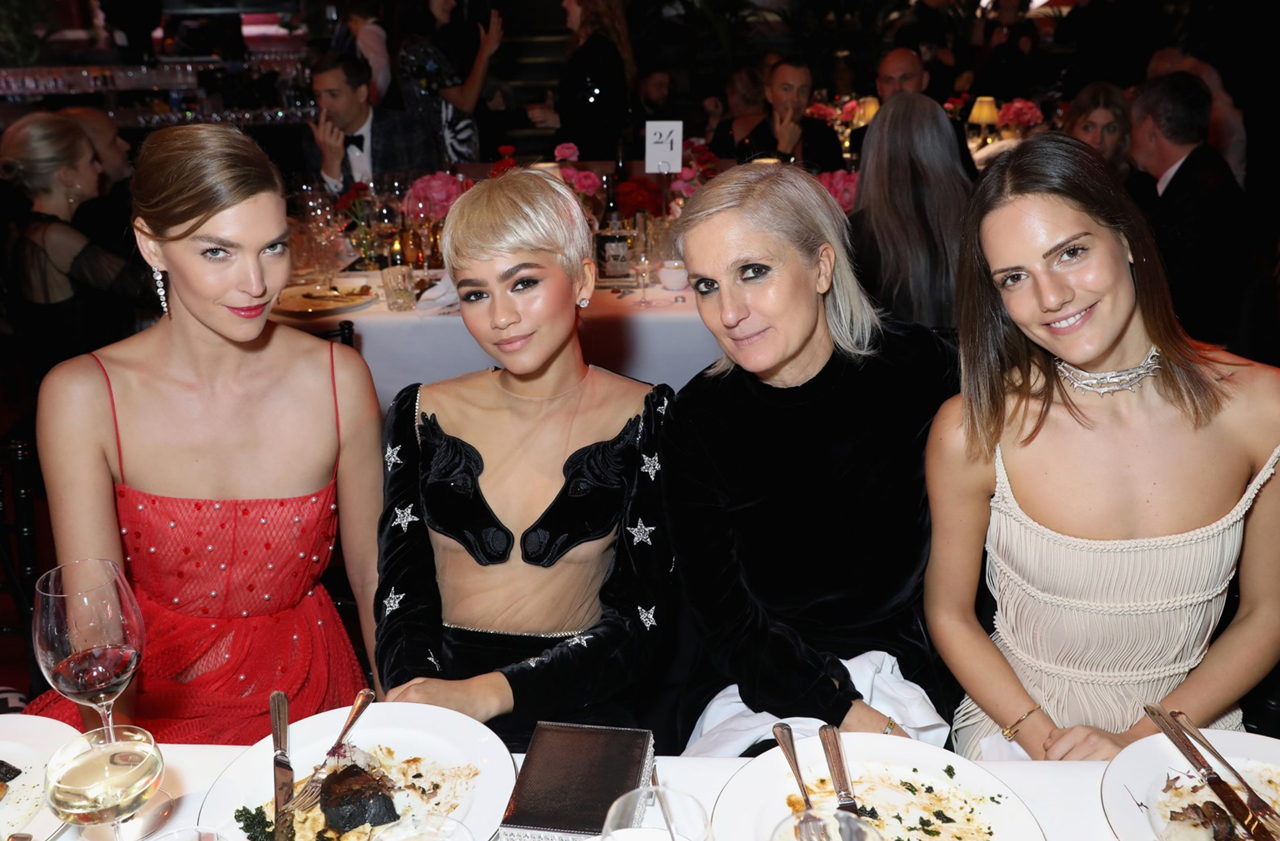 Dior’s Maria Grazia Chiuri was flanked by Arizona Muse and Zendaya for the dinner
Credit: The Fashion Awards

But perhaps the most surprising, but meaningful moment of the evening was the custom-created award of Outstanding Contribution to British Fashion to former Burberry fixture Christopher Bailey, who despite being seated next to Anna Wintour for dinner, by all accounts hasn’t the best run career-wise this year. Just months ago, the global brand that he helped revive from practical obscurity gave him marching orders after 17 years at its helm. 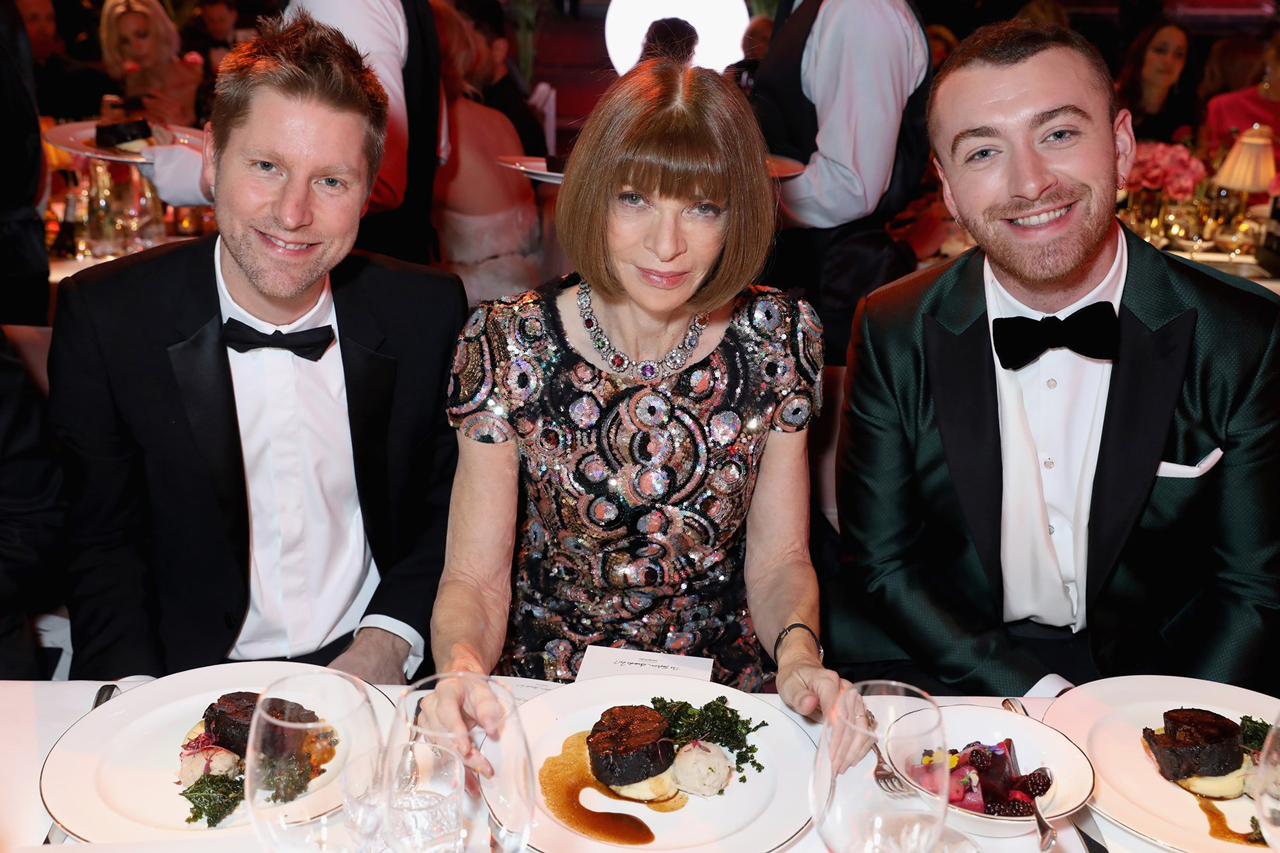 “The Outstanding Achievement Award celebrates the overwhelming creative contribution of an individual to the fashion industry, who throughout their illustrious career has constantly shaped and reshaped the fashion world through their innovation and creativity,” says the Fashion Awards statement.

“Their influence has reached far beyond the industry, influencing the way the general public perceives and consume fashion. This timeless visionary remains an inspiration to both peers and protégés alike.” Labelling Bailey all of the above is a parting gesture from his peers that will no doubt soften the blow when he leaves his post early next year. 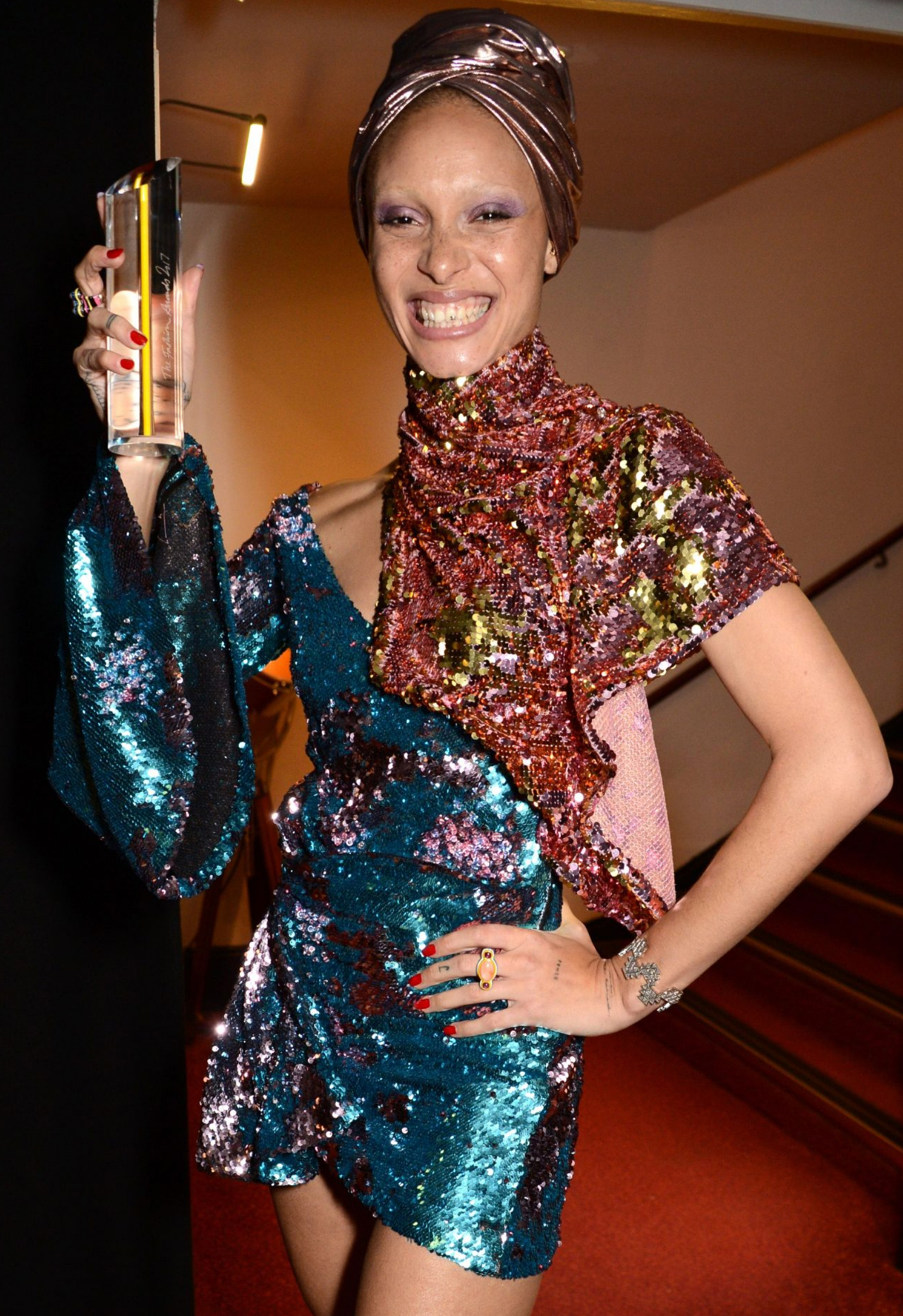 MODEL OF THE YEAR Adwoa Aboah

DESIGNER OF THE YEAR Raf Simons

ACCESSORIES DESIGNER OF THE YEAR Jonathan Anderson for Loewe 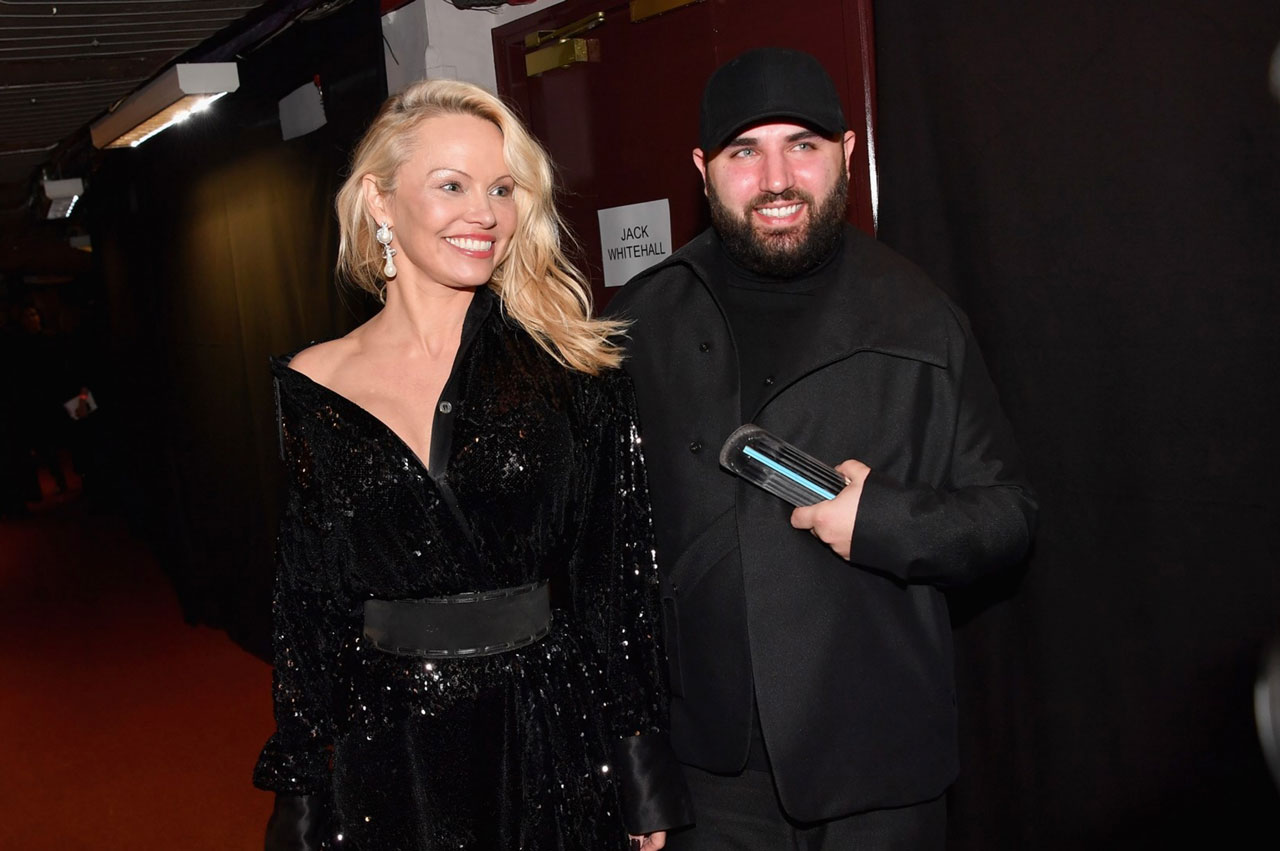 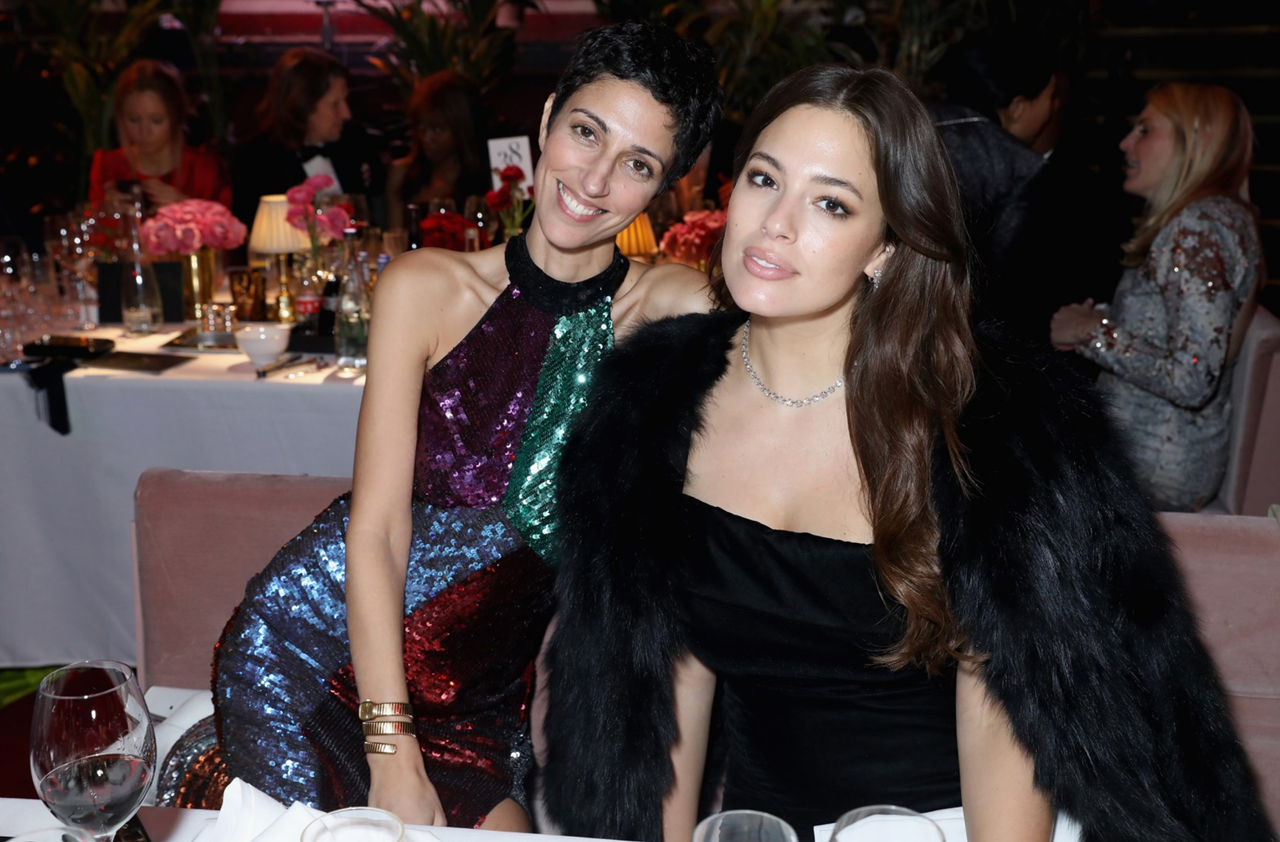 Australian Yasmin Sewell who is VP of Style and Creative at Farfetch and model Ashley Graham
Credit: The Fashion Awards