It features the brand's fresh new logo, but you can only get it for the next 24 hours...

Burberry has been in somewhat of a media blackout since its recent overhaul of the iconic ‘Knight and Horse’ Burberry logo, redesigned by the new Chief Creative Director, Riccardo Tisci.

Given Tisci’s career resume, which includes stints at Givenchy and Versace, the fashion world is intrigued as to what effect the man who replaced Christopher Bailey will have on the beloved British brand. In just days, when he shows his first runway collection for Burberry at London Fashion Week, we’ll all find out.

Plain black tee it may be, but what makes it important is the fact it reveals the brand’s freshly-designed, modern logo for the first time. 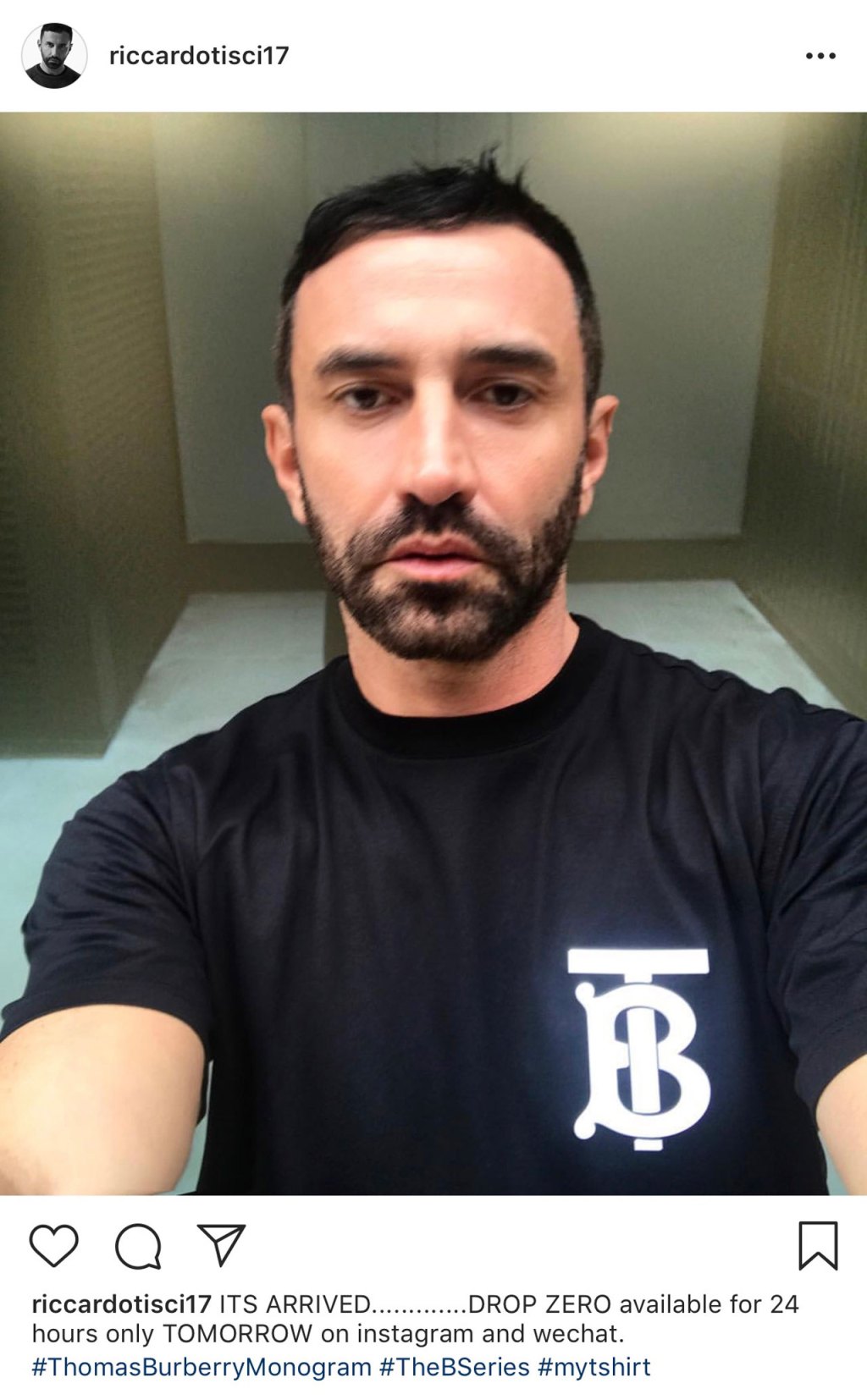 Burberry, under Tisci, has also implemented another new feature that will see the new collection exclusively available through Instagram and WeChat for 24 hours after the runway show on September 17, so you’ll have to be quick to get your hands on your favourite styles. During that time, the only place you’ll be able to pick up SS19 pieces in person is the Burberry flagship store at 121 Regent Street, London.

This release is an important moment for the brand, as it will set the tone for Tisci’s influence going forward. If this sneak peek is anything to go by, the new creative director will bring his love of dark, simplistic aesthetics to the British brand.

At Erdem, En Pointe Fashion For A World Of Contradictions
Next page