Already a favourite with media frock-stars like Margaret Zhang and Nadia Fairfax, and one of the seven Australian hit brands chosen to star in GRAZIA’s closing runway show at the Virgin Australia Melbourne Fashion Festival 2018, it’s rising star status is well and truly locked.

SEE HERE FOR DETAILS ON THE BRANDS STARRING IN OUR GRAZIA X VAMFF18 RUNWAY SHOW. 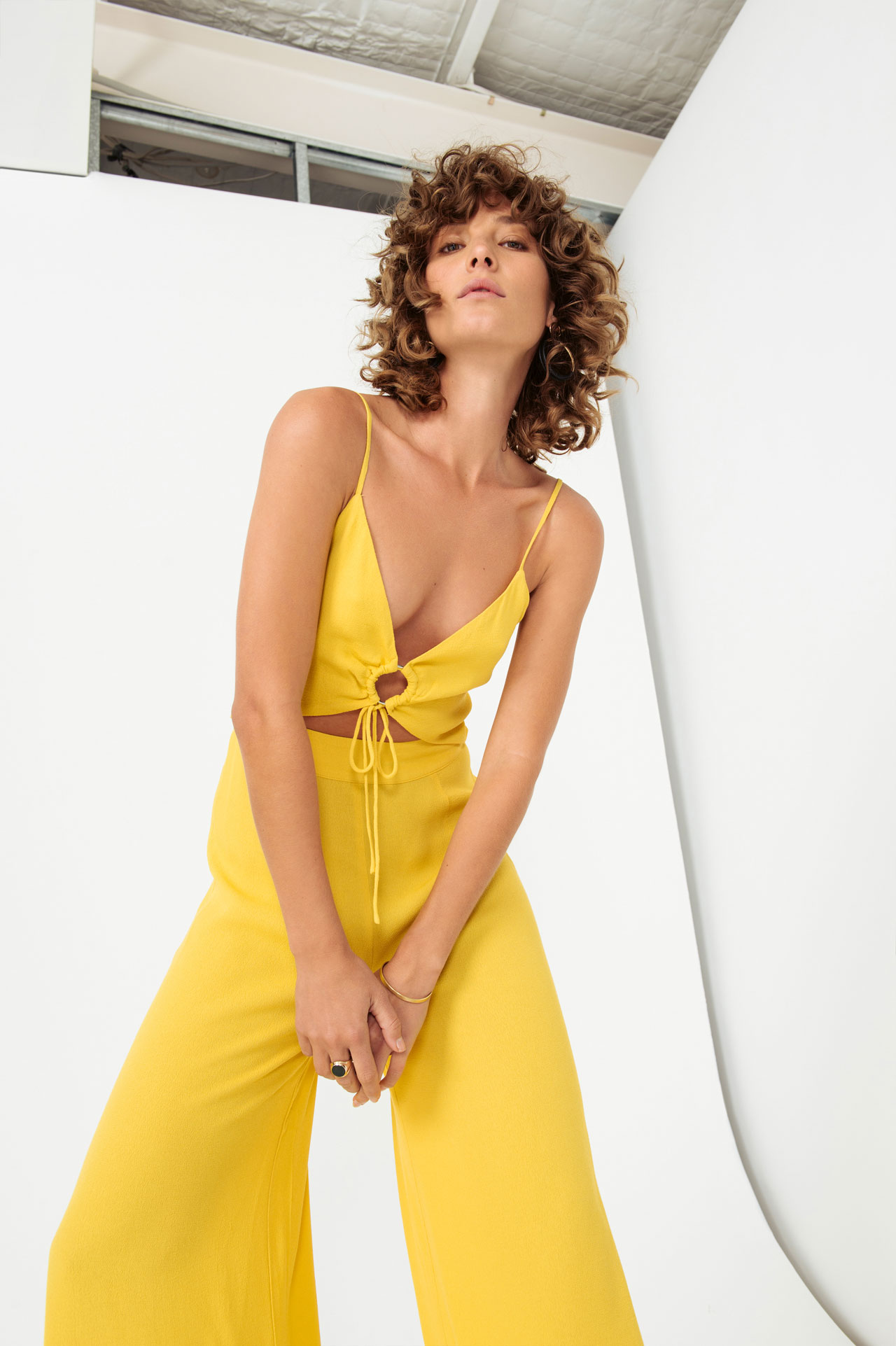 Now as a fresh kudos, the urban-femme brand has been announced a finalist in the prestigious National Designer Awards, alongside menswear brands Chris Ran Lin, Amxander and Mndatory and athleisure label P.E Nation.

(Last year, the latter, founded by Pip Edwards and Claire Tregoning, has already nabbed the Emerging Talent award at the 10th annual Australian Fashion Laureate last year.) In an unusual twist, Third Form is the only womenswear brand to appear in this list.

The NDA is a kind of best newcomer gong – although more of the longer lease variety – presented by David Jones to kick off VAMFF. It shines a spotlight on brands that have traded for less than five years while excelling in fashion innovation, creative design, manufacturing standards and the ability to fuel the growth of the Australian industry.

The prize haul is impressive, too. Worth more than $100,000 it includes cash, legal and business services, international flights and a showcase event. But it’s the list of past alumni who’ve gone on to commercial success – big names like Toni Maticevski, Dion Lee, Christopher Esber, Romance Was Born, Macgraw and Yeojin Bae – that hints at the real gain.

The winner will be announced on March 1 at a VIP soiree in Melbourne that kicks off three weekends of exciting VAMFF events, including GRAZIA’s closing runway show on Saturday, March 10.

The Autumn/Winter 2018 range, inspired by the late Manhattan-based street style photography icon Bill Cunningham, is mostly made up of jumpsuits, slip dresses and minimalist separates in neutral colours. The occasional pop of citrus, blush or leopard print punctuates the range.

“I respect Bill’s purity in his work,” says Kelly. “It’s not about the celebrity, it’s his love of fashion and ‘good clothes’ that he sought and as do we… Bill’s eye for colour, pop and fun was the foundation of AW18.”