The One Aquaman Scene Which Made Jason Momoa “Very Uncomfortable”

And yet, we presumed it would be the one that would come most naturally. Watch Momoa cringe...

There is a common aesthetic running through the new DC film Aquaman and it’s got nothing to do with the jellyfish and everything to do with Jason Momoa’s brooding, over-the-shoulder stare down. The scene in question is the first time audiences are introduced to an adult Arthur (Momoa) as he hijacks an already hijacked submarine. As Momoa looks back at the camera he asks for “permission to come on board”. (Editor’s note: it’s admittedly a little bone-chilling).

But, speaking with GRAZIA from a hotel room in Sydney yesterday, Momoa cringes as we mention the scene – or more specifically the look. He instantly calls out his dislike of shooting from that angle, citing it makes him uncomfortable.

“I hated [that scene] the most! I did not want to do that at all!,” Momoa says. “[Director] James [Wan] was a big fan of me turning over my shoulder so that is a James Wan question. I was very uncomfortable doing that. It’s insecurity. It’s just the look thing, I’m not a fan of it.”

“But I think you look the best when you do it,” I respond.

“Well there you go. That’s why James did it f***ing five times,” Momoa laughs, his smile wide.

CLICK HERE TO READ THE FULL INTERVIEW AND FILM REVIEW 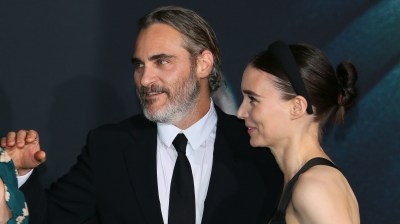