Another day, another celebrity in this cutaway dress 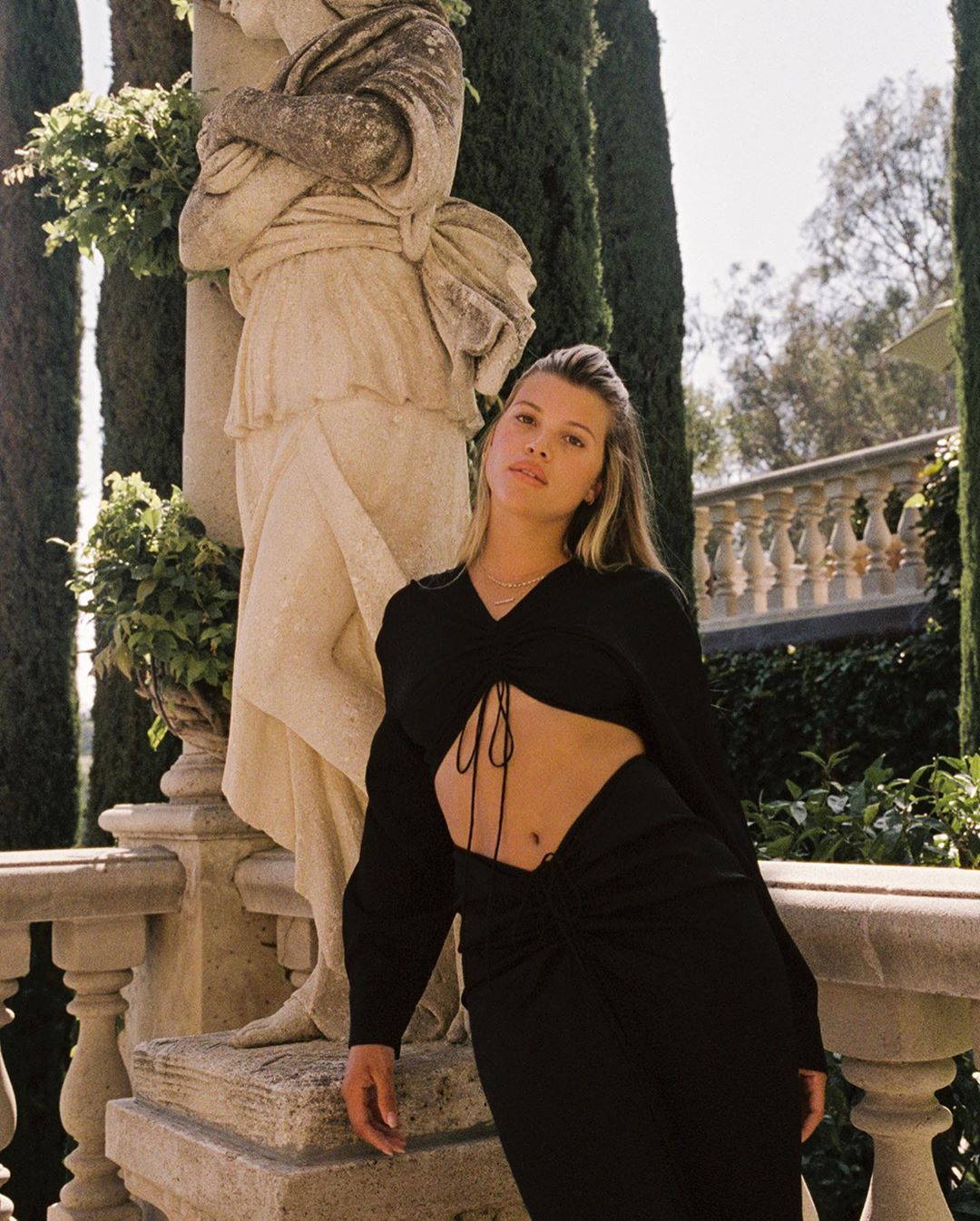 Last week, we shared some insight on the growing Christopher Esber fan club in Hollywood. While Australian girls have been wearing his deconstructed designs and perfect tailoring for the better part of a decade, the last six months have seen the Sydney-based designer catch the gaze of Hollywood’s It-elite, with Zendaya, Solange Knowles, Elsa Hosk and Emily Ratajkowski all touting Esber’s minimalist aesthetic and nineties-inflected designs. But the dress on everyone’s hips has been the Ruched Disconnect Shirt Dress, which has seen the likes of Candice Swanepoel, Dua Lipa and Hailey Bieber wear the deconstructed cut-out dress to sell-out success. And over the weekend, another star was spotted in the dress: Sofia Richie.

READ: HAILEY BIEBER IS THE LATEST CELEBRITY TO WEAR THIS CHRISTOPHER ESBER DRESS

The 21-year-old model, celebrity progeny and sometimes-girlfriend of Scott Disick (the pair reportedly broke up in May but are said to be reconciling), posed in the black version of Christopher Esber’s Ruched Disconnect Shirt Dress with the caption: “All dressed up with nowhere to go”.

Posing on the palatial, Tuscan-style terrazza of father Lionel Richie’s $21 million Beverly Hills compound, Richie uploaded two series of images in the dress, which were all captured on film. She may have been “all dressed up with nowhere to go”, but the mini shoot looked like something straight out of Italy, replete with verdant orange trees, terracotta urns, towering Italian sculptures and Tuscan columns.

In bare feet with her hair natural (worn half-up, out and in a low bun with a claw clip), Sofia Richie gave the dress a relaxed summery spin – exactly the way we would be wearing it if we were enjoying a glass of chilled Chianti under the Tuscan sun right about now.