It seems the local pigeons took a liking to the actress

Amid today’s doom-scrolling, let us turn your attention to something a little more light-hearted. Dolce & Gabbana descended into the city of Venice this week and attracted a slew of celebrities along the way. But in more ways than one, things got a little chaotic. The Alta Sartoria runway show was famously battered with hail while Sharon Stone’s photoshoot at St. Mark’s Square was also interrupted by, er, pigeons.

On a sunny summer’s day, Stone was spotted alongside two male models for a shoot in the Italian city. You would have barley known she is 63-years-old as the actress wore a tight long sleeve dress with a plunging neckline and sheer bra. The local pigeons clearly took a liking to the star (they must have watched Basic Instinct) and flocked around her feet.

In images obtained by Page Six (see them here), the birds then began climbing the tuxedo-clad models while one lucky pigeon sat perched on Stone’s head. She laughed undeterred – pure class.

Stone is a Dolce & Gabbana regular. At the Cannes Film Festival in July the actress wore not just one, but three gowns from the Italian fashion house. Thanks to stylist Paris Libby, she was seen on the red carpet in a powder blue gown, layered and layered with soft tule. She also wore a soft purple gown at the amfAR Gala in Cap d’Antibes. It was followed by a white floor-grazing D&G gown the following evening

In other devastating news for the actress, she revealed on Instagram today that her 11-month-old nephew passed away due to organ failure. It comes after she published a later post which read, “My nephew and godson River Stone was found in his crib w total organ failure today. Please pray for him. We need a miracle.” 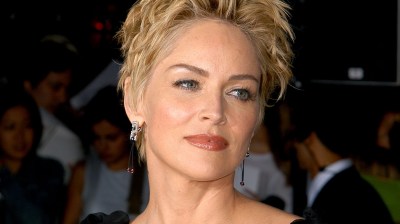 Sharon Stone Was Dumped After She Refused To Get Botox 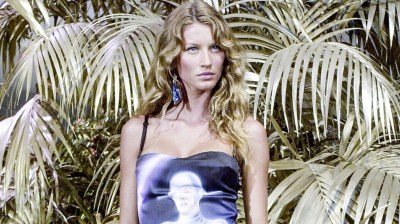 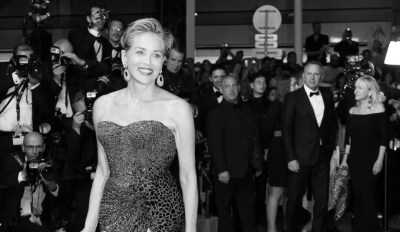 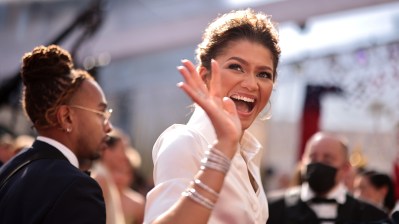