According to TMZ, “sources connected to the situation” claim McGregor asked MGK for a photo. But apparently, the rapper denied the request. TMZ’s article claims that the conversation “escalated into [Kelly] pushing [McGregor]” who then “stumbled back and spilt his drink.”

However, Page Six’s sources say things went down a little differently and that McGregor threw his drink at MGK when he denied the photo opp. A source told the outlet that he and MGK “got into a fight at the top of the carpet,” “had to be pulled apart,” and that “everyone was screaming.” In a photo, Kelly’s girlfriend, Megan Fox, can be seen in the middle of the action, seemingly trying to get out of the way.

not MGK getting into a fight at the VMAs red carpet pic.twitter.com/KWQeRAbc6Y

“They scuffled then it settled down and Conor went for him again,” the source said, explaining that photographers covering the carpet “weren’t happy” and were “saying they were going to boycott Conor because they were worried MGK and Megan wouldn’t walk.”

Thankfully, Fox and Kelly composed themselves and went on to walk the red carpet afterwards with the actress looking incredible in sheer Mugler midi dress—an outfit that was apparently her boyfriend’s idea: ​​”He was like, ‘You’re gonna be naked tonight,'” Fox told Entertainment Tonight. “I was like, ‘Whatever you say, daddy!'”

Meanwhile, despite multiple videos of the altercation, McGregor is straight-up denying anything happened at all, calling MGK a “vanilla boy rapper” in the process.

“Absolutely nothing [happened]. I don’t know. He showed up, and I don’t know. I don’t know the guy,” he told Entertainment Tonight. “Nothing happened with me, I only fight real fighters, people that actually fight, you know what I mean. I certainly don’t fight little vanilla boy rappers. I don’t even know the guy. I don’t know anything about him, except that he’s with Megan Fox.”

It looks like it’s deny ‘til you die for McGregor. DJ, cue: Shaggy ‘It Wasn’t Me.’ 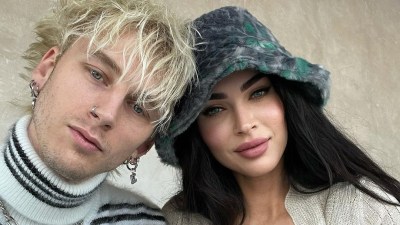 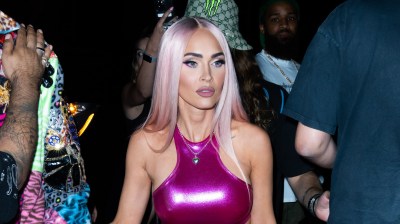 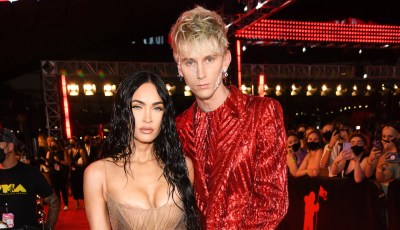 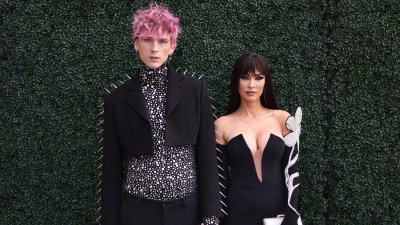