A Rae Of Light

From New York to New Zealand, German-born model Lorena Rae talks about her dizzying new life as the shining star to watch

One’s first gypsy cab across the Brooklyn Bridge into Manhattan is usually experienced at sunset. The heart beats as you peer out the window, suspension cables intersecting your vision of the honeycomb-lit city like an old movie reel. Most first-timers are almost always under that poptimist spell; New York is the epicentre of film, fame and fortune and – like Frank Sinatra and Jay-Z told you – it offers opportunity for a few lucky ones who can hack its mean streets.

As cannoli push-carts glide by to the sound of buskers playing saxophones, your taxi hits the borough border and suddenly the romance fades as you enter the Lower East Side: Everything is in the throes of gentrification, sirens are sounding and there’s an NYPD car on every corner. Any young woman will tell you her first New York moment was filled with this vital feeling of “Something might happen in my life… tonight!” (even if what actually happens is just a bad idea attached to a Loewe boot). This is balanced out with the sheer terror of – as model Lorena Rae puts it – “Please, no one kidnap me.”

“I was 19 years old, I was super shy and I had never been to the United States by myself,” says Rae of her first taxi into Manhattan. “I remember coming to New York for the first time so well.”

Arriving into the Capital City of Planet Earth to model, Rae found New York to be a huge departure from her native hometown – a bucolic idyll called Diepholz in the middle of Germany. Known for its windmills and wildlife – and a Guinness world record-holding straw museum – the town encouraged Rae and her younger siblings to spend their childhoods making their own fun. “There definitely wasn’t much to do, which only helped in developing our creativity in order to kill time,” she says. But with her sights set on one day working overseas, she enlisted the help of the Upper East Side’s most famous fictional character, Serena van der Woodsen, to teach her how to speak English without her German accent. “Watching Gossip Girl and Vampire Diaries in English helped me a lot with the language,” she says. “When you work in this industry, you have no choice but to learn to speak English. Well, if you want to have a great time on set and know what’s going on, that is.”

Her father thought modelling was a waste of time. “I was a pretty decent student in school,” Rae says. “When I was scouted in Hamburg during my last year of high school, my dad kind of freaked out because he thought I should be studying and working at his office after graduating. I told him that it was never too late to consider that, but for that moment, I had to strike while the iron was hot.”

Bidding goodbye to her family was one of the hardest things Rae had to do and is something she still struggles with today. On her Instagram page, she has a Story Highlight dedicated to her family, a time “when life was easy”. “The most challenging thing about modelling is definitely being away from your family all the time. Living out of a suitcase mostly makes you feel restless. But on the flip side, I love it. It helps me grow and appreciate the time I actually get to see my family and friends.” The second hardest part, she says, was taking the ferry to IKEA to furnish her NYC apartment without the help of her mum.

Rae’s newfound spotlight is something the now 24-year-old has had to manage. “Luckily, I haven’t experienced too much attention just yet,” she says. “Since I share quite a lot of my personal life on social media, there isn’t a lot of room for rumours. But I think it’s important to have a lot of people behind you who support you mentally and help you to laugh about these kinds of things because these days it happens easily to each and every single one of us. We take negative comments to heart and we start to be too hard on ourselves.”

Rae was tapped by Victoria’s Secret to attend a casting for its 2017 show. “I had just moved to the city permanently,” Rae explains. “It had only been a week and everything was new and all of a sudden I got invited to attend the casting of my dreams. I don’t remember ever being so nervous and excited at the same time.” The model didn’t make the cut that year. The following year, she did and was the rising star to watch.

In December, the travelling juggernaut sent its taut physiques down its coveted runway the same week as a history-making, unprecedented amount of women of all races, ages and sizes entered US Congress. Social media commentary was split; some in awe, some screaming it was anachronistic. In the big business of smalls, was less really more anymore?

“None of those comments affected the way I thought and still think about Victoria’s Secret at all,” says Rae. “I’ve always seen VS as a very empowering brand for women, which was a reason I’ve always dreamed of being a part of it.”

Today, Rae has flown in from New York to shoot GRAZIA’s cover in Wanaka, a resort town on New Zealand’s South Island. In a Celine power shoulder, the sun’s tawny hues beam onto her face, her surroundings harking back to the remote wilderness of her humble hometown – and her family. While her dad once warned her against all of this, today this seemingly bad idea is attached to a real-life Loewe boot – and it’s Lorena Rae who is best experienced at sunset. 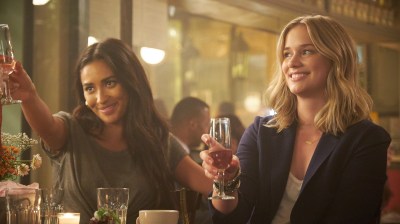 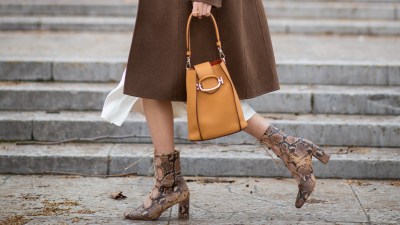 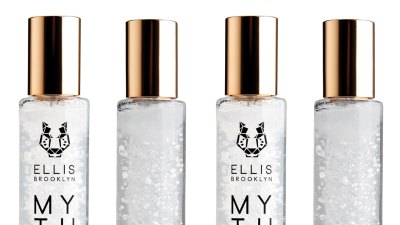 It’s What’s On The Inside That Counts 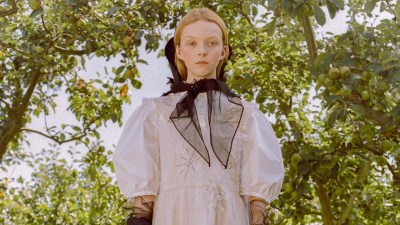 Little Holly Hobbie And The Cult Rise Of Pioneer Fashion 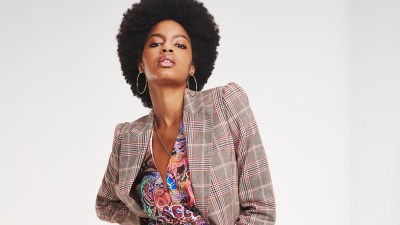