A tote-in-tan is completely covetable for the new season. Welcome to the new-era of the brown bag

Claiming back the ‘It-bag’ market share that’s been long monopolised by its black leather counterpart, brown bag stocks are on the up. Seen as somewhat of a casual cousin, the “brown bag” is an accessory so staple that it hardly deserves to be cast as a trend. However, not since Chloé gave us the Paddington in the early 2000s has a tote-in-tan been so covetable. Its new allure can be attributed to a return to warm textures and equine notes this winter. Riding boots, welcoming denims, plush shearlings and creamy knits are sensible partners for carry-all’s in 50 shades of brown.

That’s not to say the 2019 brown bag is not directional, its incarnation can still pack a high-fashion punch. Cult accessories label BY FAR has ranged a selection this season, with the ‘Annie’ croc hard-case bringing particular dapper elegance. Ferragamo’s teeny tiny palm-sized belt bag is as adorable as it is handy and ACNE’s soft-leather cross-body is, alone, a case for brown-bag utility. Then, in an homage to the classic hardware medicine-clasp leathers of the early fifties, Tory Burch’s ‘Lee Radziwill’ reminds us that a brown bag is also steeped in fashion dynasty.

There’s a severity removed with the closing-in of this revived neutral. Less graphic than a black or white or primary hue, it’s got a sensitive sensibility that ensures its style-adoption is a worthy investment. 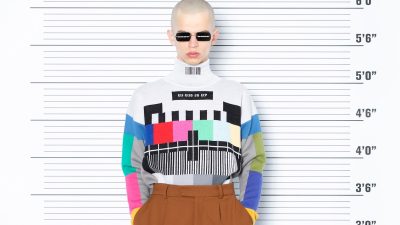