Despite spending a lot of time with his ex, Disick has been quietly dating a 19-year-old model

It looks like Scott Disick’s on-again, off-again relationship with Kourtney Kardashian isn’t changing its status anytime soon, despite the former couple holidaying and posting photos together recently amid Disick’s split with Sofia Richie.

In fact, for the past few weeks, Disick has been quietly casually dating 19-year-old Amelia Hamlin, even going as far as to take the model as his date to Kendall Jenner’s Halloween-themed birthday party last weekend.

After being photographed arriving at Jenner’s much-criticised party – which was supposed to be kept completely off social media, but, of course, wasn’t – Disick and Hamlin went for dinner on Sunday evening together, each sharing photos of the same meal from a restaurant in Montecito, California.

Though they’ve clearly been spending a bit of time together recently, a source told Us Weekly that the relationship is “nothing serious at the moment,” noting, Disick is “dating around and having fun.”

A different source told the publication that though Disick has perfected co-parenting with Kardashian, whom he shared a photo with at the end of last month, he “would 100 percent get together with her” again should she say the word, but that Kardashian is “the one who has the control and just says they are friends and a family, but nothing romantic.”

While Disick’s romantic life doesn’t seem too set in stone for the moment, Richie has moved on with Cha Cha Matcha co-founder Matthew Morton, who she was spotted kissing last month.

Richie and Disick broke up in August after three years of dating with a source telling People that the reason was because “Scott’s focus is his health and the kids. Sofia wants to hang out with friends and enjoy the summer. Since they are no longer on the same page, they decided to just be apart. At least for now.” 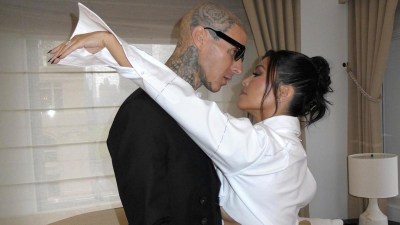 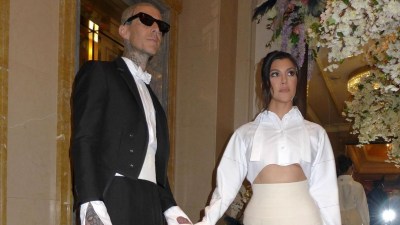 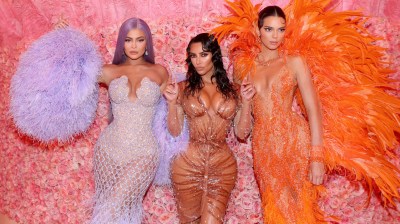 For The First Time Ever, All The Kardashian-Jenner Sisters Will Attend The Met Gala
Next page