The supermodel’s style has been nothing short of spectacular recently

While the fashion industry continues to cope with the ongoing Covid-19 crisis, with fashion shows and events cancelled all over the world—apart from in Sydney, Australia (thank you Aje)—Irina Shayk has taken it upon herself to almost single handedly keep street style alive.

The supermodel, who lives in New York City with her and Bradley Cooper’s four-year-old daughter, Lea De Seine Shayk Cooper, has been using every opportunity to show off her wardrobe, including on her daily strolls across the city to pick her toddler up from daycare.

During winter, Shayk’s coat collection could be rivalled by none, and now that the weather is finally warming up in the northern hemisphere, she’s been using the increase in temperatures to showcase her favourite colourful pieces, such as a purple skirt and jacket combo by Vivienne Westwood, and now a  pink double-breasted suit by BOSS.

To match the two-piece suit, Shayk wore a pink silk blouse (also by BOSS) and offset the feminine hues by swapping out her usual thigh-high boots for a pair of classic Dr. Martens. 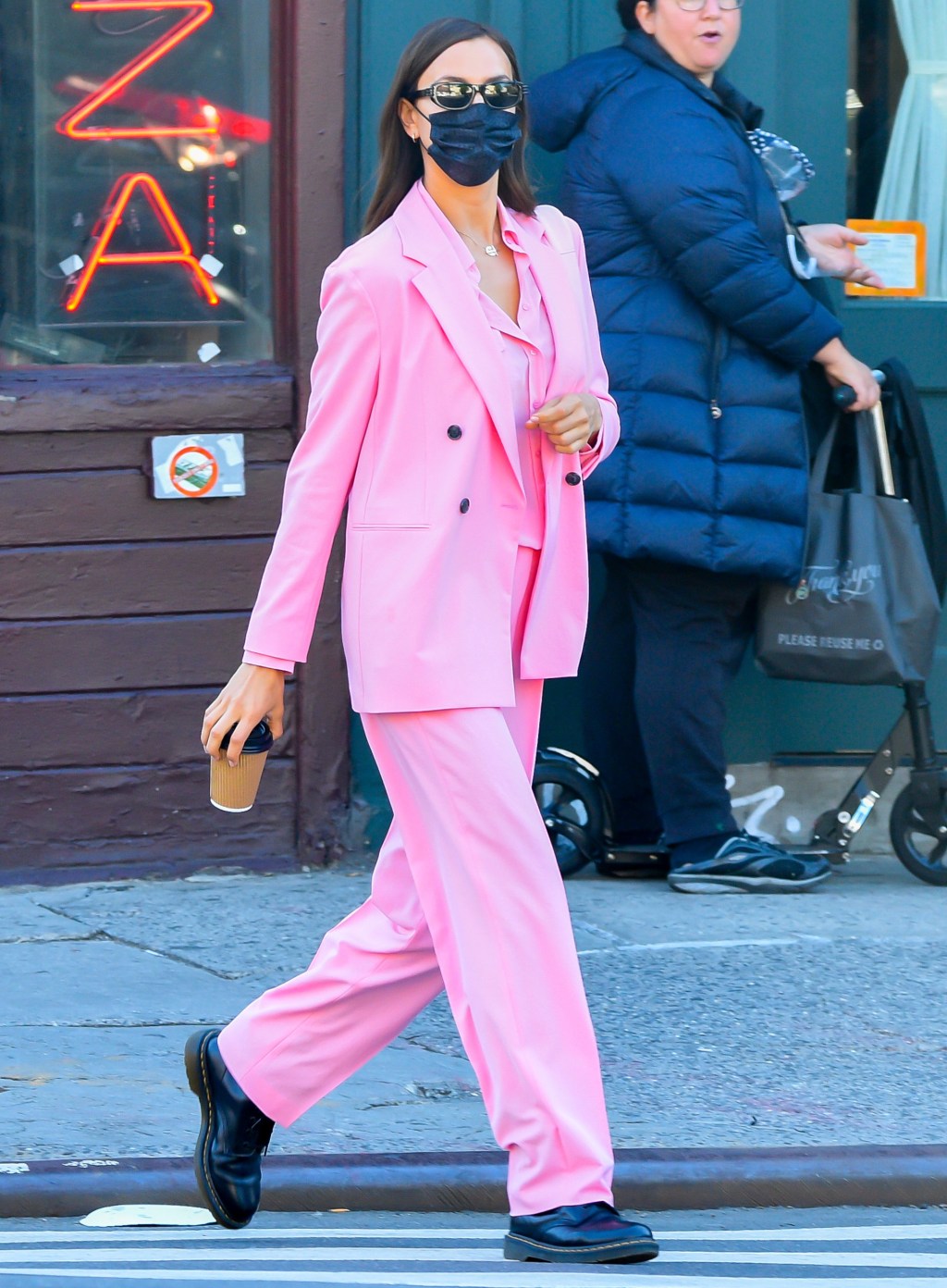 But Shayk didn’t stop there: the 35-year-old also matched her pink suit with a handbag in the same hue by her go-to label, By Far (a bag brand also beloved by the likes of Kendall Jenner and Hailey Baldwin).

Though the fashion crowd’s love of a perfectly tailored suit is nothing new, recently statement matching full looks—accessories included—have been having more of a moment in the sun. Take Shayk’s aforementioned Vivienne Westwood look last week, and Baldwin’s Bottega Veneta four-piece extravaganza, made up of a dress, jacket, bag and even shoes by the cult label last month. 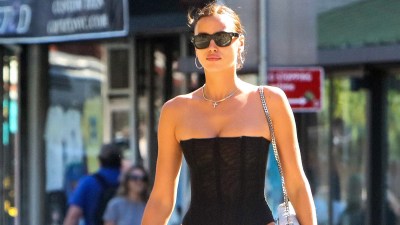 What Is Jamsu? Bella Hadid’s Favourite Korean Beauty Hack For Airbrushed Skin Is Going Viral On TikTok
Next page