In March, many blossoming romances were faced with a conundrum: Quarantine together and risk the disaster of it not panning out? Or keep it chill, and risk not seeing each other for an indefinite period of time? Aesthetically pleasing twosome Anwar Hadid and Dua Lipa opted for the former, waiting out the lockdown from a London Airbnb (Lipa’s home had been flooded when a neighbours renovations went awry in February).

The couple, who were first linked the last July, seemed to thrive during their forced proximity, populating our feeds with wholesome pictures of long walks through Hamstead Heath, daisy chains and over-dressed trips to Tesco. They even got a rescue puppy called Dexter.

Now, they’re back in Hadid’s native New York City (and into the throngs of an eagerly-waiting paparazzi)—likely jetting back to the States so Anwar can meet his new niece. And while their loved-up date nights are adorable to ogle at, the real talking point is how seamlessly they co-ordinate oufits.

Last night, for example, the pair was papped at an unspecified (believe me, I tried) sushi restaurant in New York, with Hadid in head-to-toe black and Lipa in a fetching low-slung jeans/vintage tee/chunky sneakers ensemble. The best part? Lipa’s subtle renaissance of the exposed thong—which eagle-eyed sleuths quickly honed in on.

A couple of days earlier they were papped in SoHo, with Hadid in an oversized check puffer and Lipa in an a kitschy printed graphic shirt.

When it comes to cohesive couple dressing, being young, wealthy and beautiful undeniably helps. But there’s a certain artform to doing it convincingly. Each persons’ style needs to feel authentically them, while also perfectly complementing the others’ ‘authentically them’ look. It’s a yin yang balance, and much like an actual relationship, it tends to either work, or it doesn’t.

With these two glorious little angels, it obviously works perfectly. And in a moment where I am spending longer and longer trying to find positive news in my feed each morning, their well-heeled, loved-up appearances are a welcome ray of sunshine. 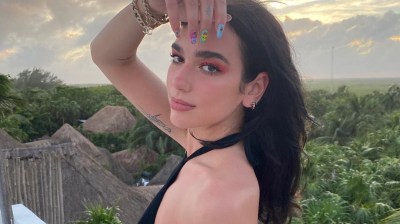 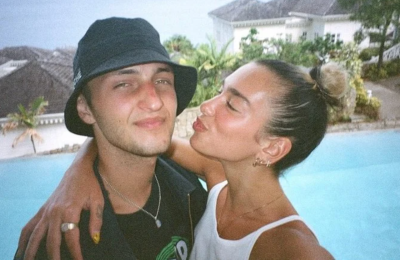 Wait, Is Anwar Hadid An Anti-Vaxxer Or Not? 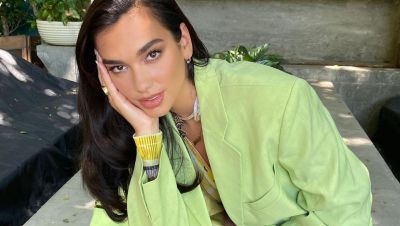 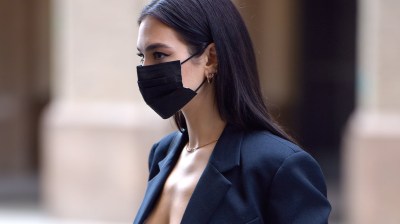