Just two weeks before Oscar-winning actress Carey Mulligan stepped out in Erdem at Prince Harry and Meghan Markle’s much-heralded wedding, she walked the 71st Annual Cannes Film Festival red carpet in a brand that has even more scintillating connections to royalty.

Her Dior Haute Couture gown was stunning, but it was the glittering drop-earrings with bright emerald baubles that that stole the outfit limelight. Their creator? Celebrity red carpet go-to, the House of Chaumet.

For centuries, Chaumet has created jewels for European and Hollywood princesses, with watches and tiaras being considered its specialty for much of that time. (Given Meghan’s own glittering headwear at the most-watched royal wedding in history being the standout jewellery star, we suspect tiaras are set for a huge high-fashion comeback.)

While the brand is as well-known as Cartier and Bulgari in Europe, and the go-to for luxury clients in China, it still enjoys a degree of anonymity with Australians who until now needed to travel abroad to shop its fine-crafted wares.

However, with the opening of an inviting-feel boutique in a high footfall area of Westfield Sydney and a second planned for Melbourne later this year, the brand is set to become as much of the mainstream as an aspirational luxury label can be.

Of course, there’s so much more to Chaumet than Hollywood starlets on red carpets (although the latter would be more than enough for us). In fact, its history is filled with dream trivia anecdotes.

The brand’s founder Marie-Étienne Nitot served an apprenticeship under watchmaker to Queen Marie Antoinette, then after the French Revolution became the official jeweller to Napoleon in 1802, meaning he crafted historical pieces like the Emperor’s coronation crown and Empress Josephine’s wedding jewellery.

In fact, it was Josephine’s famous love for her garden and nature-themed jewellery that is still the signature of Chaumet today – flowers, wheat stalks, dragonflies, even spiders and other tiny creatures made of precious stones still feature heavily in its modern designs.

Gallery: a selection of Chaumet high jewellery pieces, some of which are currently in Australia

By the mid-1800s, Queen Victoria of England and King Louis-Philippe of France were loyal fans of the brand, as were Russian princesses, artists, writers and high society across Europe. Today that list extends to fashion-savvy celebrity and style royalty too, which is powerful given today’s social media culture means having an A-lister’s nod is the equivalent of a King’s official endorsement.

Singer, actress, model and style icon Lou Doillon, daughter of Jane Birkin and Serge Gainsbourg, has been a past muse of the brand, and its jewellery is a regular fixture at high-glam events like the Oscars and Cannes. (Clemence Posey and Carey Mulligan, below, were just two actresses who wore Chaumet earrings at the latter this month.)

Perhaps even more significant though in this #metoo era, is to note Chaumet was in tune with modern times and how its female customers were affected long before it became popular. At the same time Monsieur Christian Dior revolutionised the way women dressed with his now-famous New Look, Chaumet modernised its offering styles to suit. In short, it was where on-trend, liberated women of Europe bought their bling.

So how does this news all affect fashion-savvy Australian women? (And men for that matter?) The 80 VIP guests who were given a taste of Chaumet magic at the boutique launch dinner celebration – including actresses Elizabeth Debicki, Natasha Bordizzo and Lilly Sullivan, plus A-list magazine editors, gallery directors and fashion tastemakers – would know.

Gallery: Celebrity guests at the Chaumet’s official launch dinner at Catalina in Sydney

Even the glittering table centres and mesmerising ‘hipster harpist’ performance couldn’t detract from the models wearing Chaumet pieces who appeared throughout the evening. And yes, some wore tiaras, including one designed by a prize-winning young European designer to be a modern incarnation of what’s a classic piece of headwear.

Want your own princess moment? Visitors to the Sydney boutique are welcome to step into the aptly-named ‘Tiara Room’ where metal replicas of wildly expensive pieces are on display and available to try on.

Now there’s a selfie moment steeped in royal wedding magic if ever Australia had one.

Gallery: Jewellery on show at the vip launch dinner

The Chaumet Sydney boutique is located on Level 3 of Westfield Sydney (188 Pitt Street). 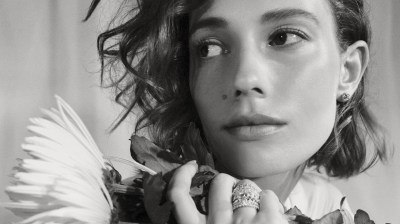 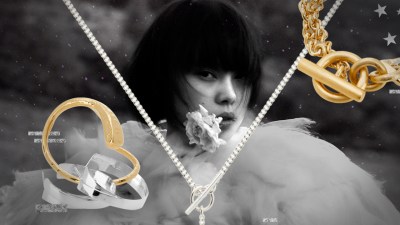