True The White Lotus fans are deep in theorizing who will die in The White Lotus season 2 finale. The build-up this season feels more intense and complex than season 1 — a lot of fans guessed the victim back then, but this time we’re looking at multiple deaths and plenty of potential suspects.

Will the fractured relationships that are Daphne and Cam, Harper and Ethan finally fragment and lead to murder? Is this the end of Jennifer Coolidge’s ongoing The White Lotus stint? Are our favorite Italian sex workers doomed? At this point, anyone could be in the firing line — but we have some fairly solid theories as to who will die. 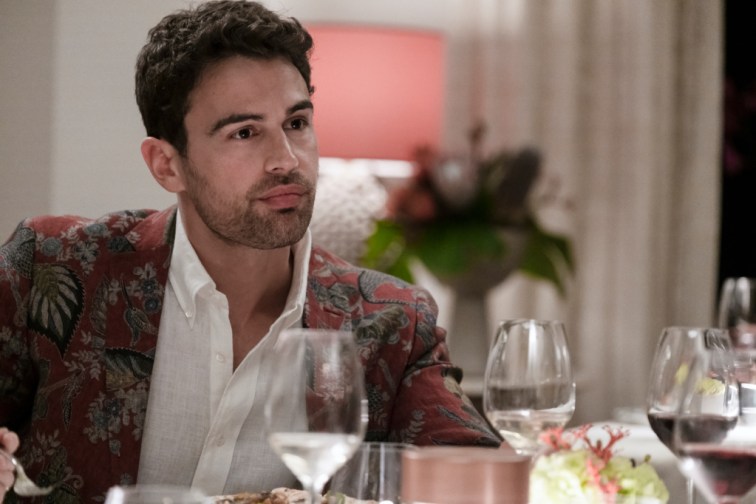 Cameron is easily one of the most hated characters on television right now. The high-flying exec with a penchant for cheating on his wife loves to project an image of success, but we are now completely aware that his seemingly-perfect marriage is a sham filled with manipulation and lies, plus it’s highly likely Cameron isn’t as wealthy as he’s making out.

Right now, Cameron is in some real knots. Firstly, he owes money to Mia and Lucia for their all-night sex party. With Lucia tangled up in her own set of issues with the mysterious Alessio, who seems to be financially involved in her work, the pressure for Cameron to pay (with money he may not have) is only set to get more intense. But will it become violent?

Add to this Cameron’s dalliance with Ethan’s wife Harper in the second-last episode. With the bro’s history of competitiveness, this could be the final straw for Ethan. We can’t see the tech genius actually murdering someone, or could we? 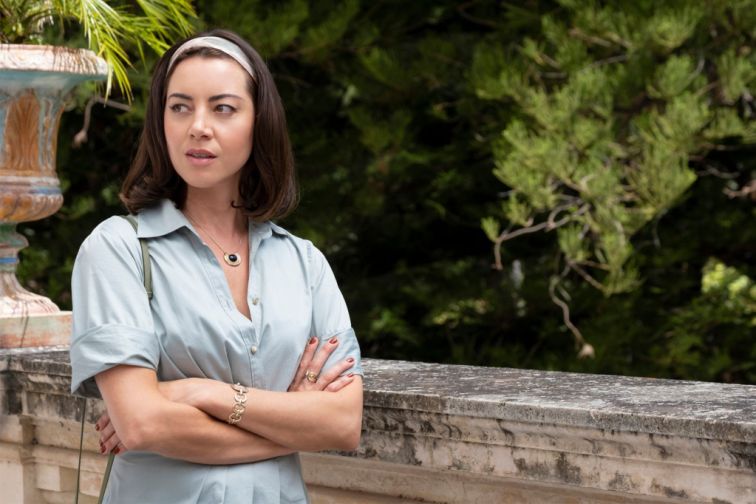 If Ethan is going to transform into a killer, the other likely victim is Harper. Cracks have shown in their marriage, with both parties failing to communicate with one another. Harper now seems to have taken a leaf from Daphne’s book of master manipulation, but it only seems to be sending Ethan into a spiral. With his paranoia at peak levels, could Ethan’s anger turn to murder? 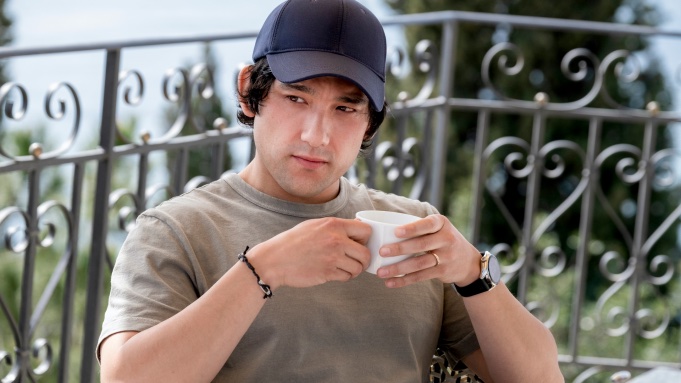 We know Daphne finds the floating body, so she’s not dying. But any of the others in this toxic quartet could easily be killed next episode. There is enough secrecy and manipulation going on, a fateful accident could definitely be on the cards. However, Ethan feels like exactly the kind of character who ends up committing a murder — he’s a little naive, very tortured on his awful holiday, and given we had a sneak peek of Harper saying “what do we do now?”, it’s looking like Ethan may be pulling the trigger next episode. 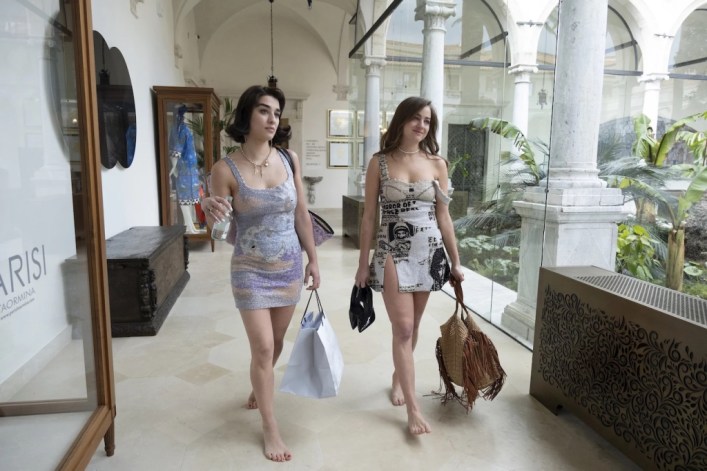 The most resourceful guests at The White Lotus, Mia and Lucia are also the most embroiled in messy situations with a plethora of guests. Cam and Ethan owe them money. Lucia’s dalliances with the DiGrasso men involve plenty of secrecy, and there’s the Alessio factor as well — is the mysterious man really dangerous? Let’s not forget that Mia has now pretty much stolen piano player Giuseppe’s job from under his nose, and she also now has a master key that can get her into whatever room she likes, thanks to Valentina. If one of these women dies (or both), we think it might be an accident à la season 1’s fateful stabbing of manager Armond.

Jennifer Coolidge is synonymous with The White Lotus at this point, but that doesn’t mean her character Tanya is safe, necessarily. We now know that Tanya’s husband Greg has ties to her new friend Quentin — ties that may involve secret plans to obtain Tanya’s wealth. It’s clear Quentin set Tanya up with the very handsome Niccolo, and fans have noticed a camera was filming their tryst. Then there’s the trailer footage of Tanya on a yacht — we know one body is found in the water, so things aren’t looking good.

Are Greg and Quentin planning on killing Tanya to get her millions? Or is Greg trying to set her up for infidelity, minus murder. 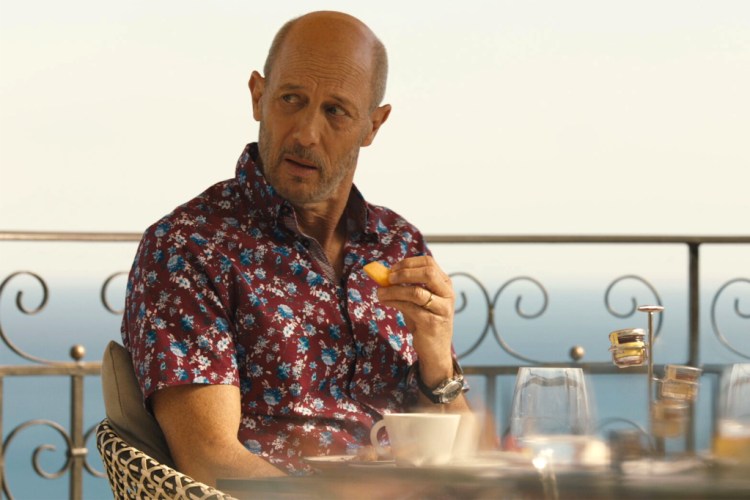 Or… will it flip the other way? When Tanya realizes Greg (maybe) is setting up an elaborate plan to steal her cash, will she accidentally (or accidentally-on-purpose) kill him? We can definitely see this plot line playing out, especially given Tanya is rich enough to get away with it and continue into season 3. 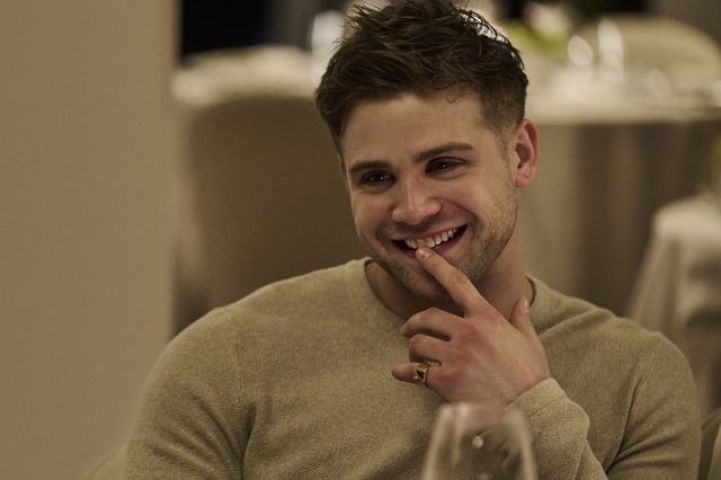 Portia’s English fling is definitely not who he seemed to be, and has already revealed that Quentin and co. are in some serious money troubles, which he is somewhat connected to. Plus, we know he’s having a torrid affair with Quentin (his “uncle”), so whatever is going on with those guys, Jack’s in deep.

Will everything end badly for Jack, given how tangled up he is in Quentin’s dealings? 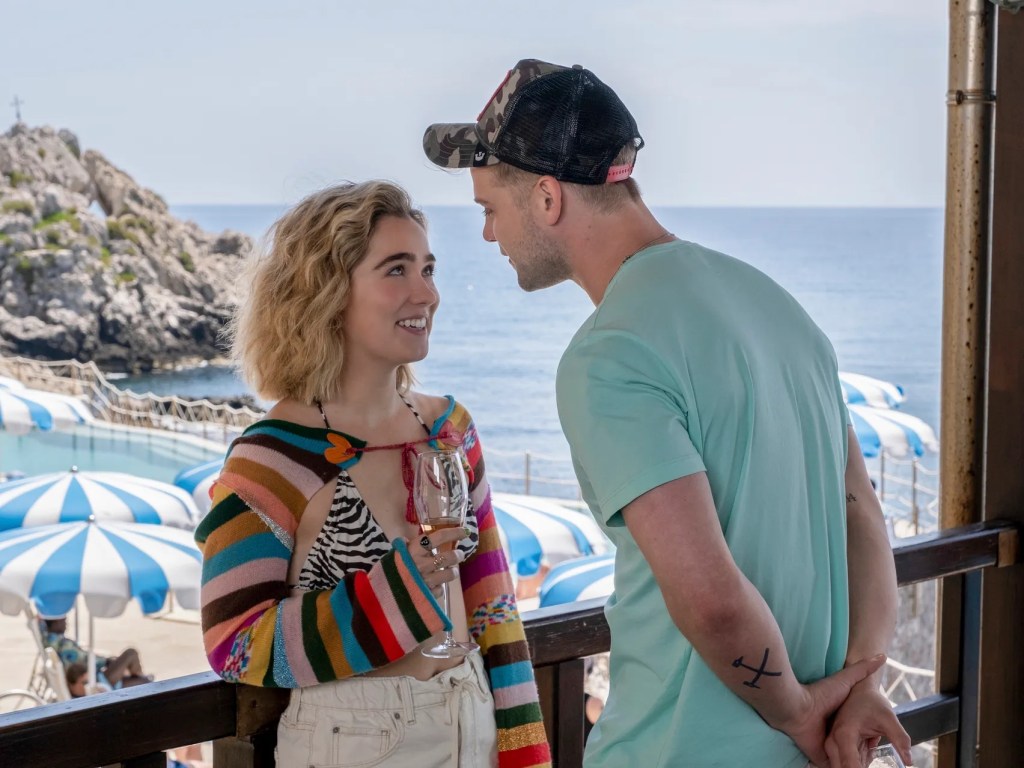 It’s clear that Tanya’s situation with husband Greg and Quentin is going to be central to at least one of the deaths this season. With Portia always on the sidelines as her beleaguered assistant, plus her tryst with Jack, it would make sense that she might end up being the body in the water.

If Portia did die though, it would surely be an accident. She hasn’t exactly gotten involved in anything untoward — just been adjacent to it.

We’ll just have to find out whose body is in that water, and what the other deaths elsewhere in the White Lotus resort may be. The finale of season 2 airs Sunday, December 11 on HBO.