Some argue that a shake-up was long overdue – but has COVID-19 really democratized fashion week?

What is the point of a fashion show? This is a question that verged on sacrilege among certain circles, even as recently as March, but now it feels pertinent – necessary, even. The pandemic has changed everything about our lives, including the way we shop, and has exacerbated preexisting questions about the relevance of institutions like fashion month. As I write this, it’s the end of September and I am watching the Spring/Summer 2021 season play out digitally. It once seemed that nothing was capable of bringing an institution like fashion week to its knees, but now that it has, it’s worth questioning how – and more importantly, why – the industry should go about bringing it back again.

There was a global agreement reached early on in lockdown that we, collectively as humans, needed to drastically rethink the way we do things. Why were our lives operated at such an outrageously fast pace? And as images of the clear canals of Venice or clear skies in China started to fill our feeds, we wondered if this great pause was the exact recalibration our poor, ailing planet needed.

Nowhere was that sentiment more pressing than in the fashion industry. The increasingly frenetic nature of fashion month – which has changed from a relatively low-key biannual press event to a global extravaganza, between five and eight times a year, stretching to every city on earth in two short decades – matched an increasingly frenetic state of consumption. Instagram turned us into mad, impulsive shoppers – but with events like the Australian bushfires in January, we were already starting to question our current mode of operation.

COVID-19 only crystallized what the industry was already thinking.

Things shifted somewhat in lockdown. Gucci announced they would reduce the number of shows they stage each year from five to two. Among the brands to opt out of the SS21 fashion month were Michael Kors, Alexander Wang, Marc Jacobs and Giorgio Armani. Saint Laurent hinted that they may never return to the Paris Fashion Week schedule, revealing plans to “take control of their own pace.” “What’s out of fashion now is the schedule of the entire system: the shows, the showrooms, the orders,” Saint Laurent creative director Anthony Vaccarello told WWD at the time.

But fashion month went ahead in September regardless – albeit socially distanced and with noticeably less fanfare. Many brands simply had to embrace the marketing opportunity – the retail industry was predictably hit hard by the coronavirus, with double-digit losses in every global market – but from the other side of the screen, the imagery of mask-wearing front row attendees felt galling. “If you were watching on a screen, as most customers would be, it was hard not to think that you were seeing well-meant relics of a former world,” wrote Vanessa Friedman in the New York Times.

The brands that thrived this season were those that adapted to the changing, digital-first arrangement. Moschino and JW Anderson, for example, experimented with different formats (a puppet show and interactive book, sent to editors, respectively). But it was Prada that made the real case for a new approach. Their debut collection with co-creative director Raf Simons – a runway film followed by an interactive question and answer session with Simons and Miuccia Prada – was the most highly engaged digital event in the brand’s history. Sixteen times as many people tuned in as they did for SS20 show the previous September. The event was later uploaded to YouTube, and racked up almost two million views in a week.

I attended my first fashion week during a particularly cold New York winter.

I huddled from the subway, weaving through the banked-up rows of black Mercedes, and as I walked into the Ralph Lauren show I had the distinct feeling that I was entering, however briefly, the most exclusive club in the world.

The walls were beige with painted gold rafters. A waiter took my coat and gave me a glass of champagne. Hillary Swank walked ahead of me, Anna Wintour was on my right. In the intervening years I have often found myself wondering if the purpose of fashion week boils down to this exact notion: A club that’s existence relies on its elitism.

It’s bad for the environment, too. In February, the Times, working off data gathered by fashion technology company Odre.com, revealed that each year the infrastructure of fashion month – attendees flying all over the world, the clothing created, the sets erected, the rows of black Mercedes – emits 241,000 tons of CO2. Or, as The Cut highlighted – enough energy to power Times Square for 58 years. This, in addition to the fact that the fashion industry is responsible for 92 million tons of clothing waste per year, and the consumption of 79 trillion liters of water. The fashion industry is responsible for 10 per cent of the world’s carbon emissions.

The great unspoken truth that hangs over the attendees of fashion month is that we are indulging in a fantasy that simply no longer needs to exist. There are only so many times you can see an 86-piece collection featuring variations of the same blazers, trousers and shirting and only so many times you can watch influencers change outfits four-to-five times in a single day, before you wonder if this isn’t all getting a little self-indulgent. The ubiquity of digital showrooms has become one of the many silver linings afforded by the pandemic (“It’s a game changer, like doing your grocery shopping online,” Simone Rocha told New York Magazine of the change), while smaller brands, like Rochas, have devised smaller events to showcase their newest collections to the industry at a less wasteful scale.

Keeping fashion week digital – or at least, creating digital-first shows with a focus on customers, not editors – will go one step toward democratizing the industry.

Granted, fashion can never be truly democratic – it relies on tantalizing many but giving access to few.

But the extreme elitism that once made the industry attractive is now starting to feel outdated. Contrary to what celebrities liked to tell us from their palatial mansions in March, this virus was not the great equalizer. Inversely, it has made the vast gaps between the privileged and the underprivileged painfully obvious. As Zadie Smith pointed out in her remarkable book of essays, Intimations, written in lockdown: “The virus map of the New York boroughs turns redder along precisely the same lines as it would if the relative shade of crimson counted not infection and death but income brackets and middle school ratings.”

In short, the industry needs to read the room. There has been little to suggest that this pandemic has permanently dented our appetites for fashion. In August, when Louis Vuitton collaborated with Nike on a pair of $3,400 Air Jordan 1s, more than five million people registered to purchase a pair, Louis Vuitton’s chief executive Michael Burke told the Evening Standard in September. In Australia, AfterPay experienced their greatest quarter on record during the lockdown – facilitating $3.8 billion worth of shopping between March and June. What’s changing is what we expect out of fashion. There has never been a greater incentive for a shake-up than the one we are experiencing now – those who adapt will thrive, others won’t be so lucky.

“THE FRONT ROW IS DEAD” was first published in the eighth edition of GRAZIA International. Purchase your copy here. 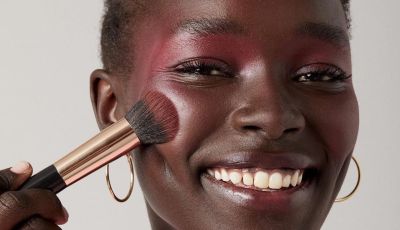 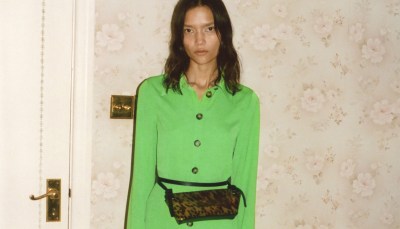 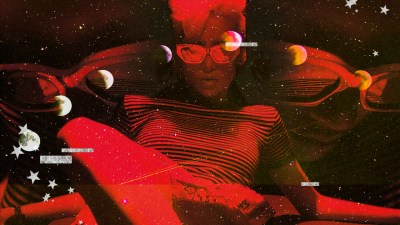 Horoscopes June 7 – 13: A Week Of Sudden Insights & A Yearning For Freedom 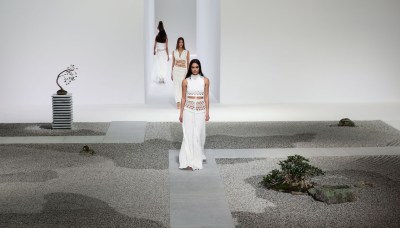 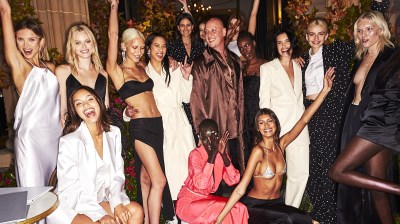