Talking to perfume expert Emelia O'Toole, a.k.a. Tik Tok's Professor Perfume, about Maison Francis Kurkdjian Amyris Femme, and how to best leave a lasting scent on your enemies.

When I tell you that it took a global pandemic to turn me into a perfume girl, I mean it. There’s been a decent amount of “scent-based” trauma in my life, for lack of better term. Wearing Lovespell by Victoria’s Secret caused an allergic reaction from my friend on the middle school bus; my dad acting like one spritz of Thierry Mugler’s Angel would cause the death of him when driving me to school; a “man” coming in from Jersey City just to break up with me on the streets of SoHo (true sociopathic behavior) while I was slathered in a layer of Sol de Janeiro’s Bum Bum Cream. There are plenty of examples of how scent memory works and impacts all of our brains, and so when I saw the following tweet, I went through several phases of emotion, because… what?

a lot to unpack here pic.twitter.com/5db39MooN0

Harry Potter and the Audacity of This Man, am I right? Of course, the internet was abuzz — what was this magical mystery fragrance that had this man so enamored he wanted to date the smell, but not the person? What is wrong with him that he thinks it would be okay to buy his new girl the scent of his old girl? Does he truly not understand that that is a weird and deeply question to ask for someone you broke up with? The recipient of the text went on to tweet that they themselves weren’t even that into this man, and they had mutually ghosted each other, not him doing the dumping, adding an extra layer of grossness on top. They proceeded to do the petty thing, which is always the correct move, and told him a different perfume because that’s what a person who thinks a text like this is okay to send deserves.

But she did, however, share the name of the scent with the masses: Maison Francis Kurkdjian Amyris Femme. The brand describes Amyris Femme as “a bright fragrance born of the union of the Amyris from Jamaica and iris from Florence, an irresistibly attractive pairing with assertive natural elegance. This fruity feminine floral scent will catch you up in a joyful whirlwind, a flight of lemon tree flowers and sweet peas that inflame a musky amber chord. Let yourself be swept into this passionate and twirling dance.” Sweet peas? Lemon? Florence? How is this not a risotto recipe? Well, it’s not, and we’ll let Emelia O’Toole, a.k.a. Professor Perfume on Tik Tok, explain what magic is in this fragrance to make it so irresistable you want someone else to smell just like it.

Of course, with my history of scent memory and having smells tainted due to their association with bad events and people, I had to reach out to O’Toole to examine this entire fiasco. My main question for her was: Can you smell like revenge, and how can I do that? It may be humorous and weird, but there’s also something inherently complimentary about an ex reaching out to ask why you smell so good. Everyone wants to leave a lasting impact — and scent really is a great, dynamic way to do so. My Chemical Romance might have been onto something when they said Three Cheers for Sweet Revenge, and as a person who holds a PhD in Pettiness, I had to ask the hard questions for us all.

Okay, first off: What the hell do you think that guy’s logic was in asking his ex-girlfriend what perfume she wore so he could buy it for his new girlfriend?

O’Toole: I just can’t believe he came in, full speed, with his whole life story–talking about “kismet” and all. He could have plainly asked, “Hey, I know we don’t talk anymore, but what’s that perfume you used to wear? It always smelled so good.” Men, let this be a lesson: we don’t want to know about your new girlfriend, especially if we mutually ghosted each other. Sidenote: you lot don’t get ghosted AND blocked? Maybe I’m the problem…

(Writer’s note: I refuse to block anyone, and that’s how I know I’m the problem.)

Would you want to wear a fragrance purchased for you by an ex for their new person?

O’Toole: I would rather choke. Unless it were actually Amyris Femme… in which case… ah, no, I would still rather choke. If my boyfriend were to tell me he got me his ex-girlfriend’s perfume, I think I would stare out my window in bereft silence for 5 months, like Bella does in New Moon. But in all seriousness, to me, fragrance is so intimate and personal. I would definitely be uncomfortable. And it’s nothing at all against the ex herself, and I’m sure the perfume does smell great, but it would feel the same as being given one of her old purses he had lying around — you just shouldn’t go there.

How would you define a “revenge fragrance”?

Revenge fragrances could also be anything that your ex might associate with you–whether that be a fantastic fragrance, a certain type of tea, the smell of your favorite cookie recipe, or even the laundry detergent you use. See, not everyone will wear my signature perfume, but if you’re forced to think of me every time you smell Gain? Ha. Sucks to suck.

How does scent memory work when it comes to romantic relationships and interactions?

O’Toole: When thinking of scent memory and romantic relationships, it definitely feels the most personal–almost sacred. I will always cherish the perfumes I wore for the major milestones in my relationship:

Even if I don’t wear most of the perfumes I wore when we met, and even if my taste in fragrance has changed since then, those scents will always be intensely sentimental to me. I’ll always be able to spray Scandal and immediately be taken back to the Christmas Market in Edinburgh–and that’s so special to me. This is also why I tell folks to pick a signature scent for their wedding day! That way, you can reach for it on special occasions, anniversaries, or just because. It’s a great way to keep memories fresh in your mind — if you want to try it for yourself, go pick up a sample of the perfume you used to wear in high school/college. That first whiff will unleash a flood of memories for you. Scent memory is truly incredible.

Here are O’Toole’s recommendations for perfumes for anyone who wants to leave a lasting, lingering impact:

For the person who wants that sweet, sweet scent of revenge:

For the person who wants to be unforgettable:

“Harry Styles’s first girlfriend wore this perfume–he said in Rolling Stone in 2017 that he can still recognize it anywhere,” O’Toole added.

The scent I believe an ex would text me about:

For the person who wants to make a good impression on a first date:

“The rollerball is an amethyst that you can add to your collection once you’re done with it!”

To smell untouchable, like the one that got away:

And of course, the one that started it all: 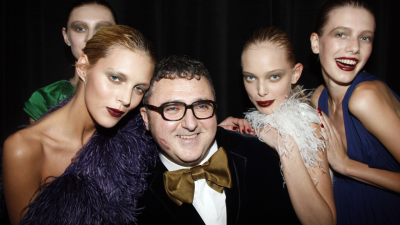 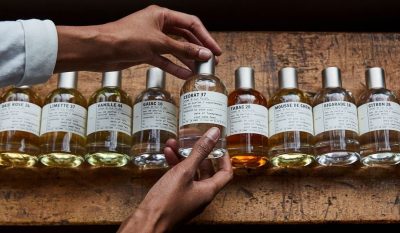 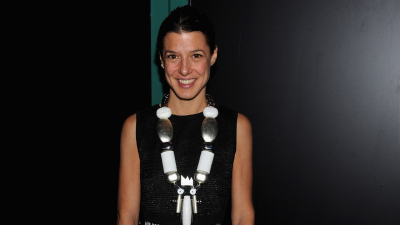 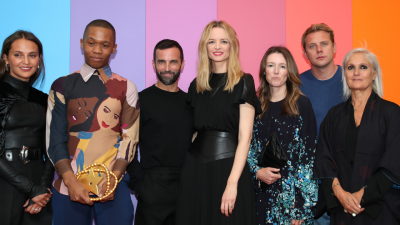 The 2021 LVMH Prize Jury Has Officially Been Announced, With An Exciting Addition