Catch up on the book's bombshell accusations

There is endless fascination with the royal family and everyone’s interest was piqued after Prince Harry and Meghan Markle’s explosive interview with Oprah Winfrey in March 2021, where they spoke about bullying directed at Markle, rifts between members of the family, discussion over their child’s skin color and so much more. Now, the new book, Revenge: Meghan, Harry and the War Between the Windsors, by Tom Bower reveals a slew of bombshell claims about what really went down between the Duke and Duchess of Sussex and the rest of the royal family.

Now that the book has been released, there are so many stories coming out that we’re rounding up the biggest takeaways, below.

Markle reportedly did research Prince Harry before they dated

Markle famously said she didn’t research her future husband before they started dating, but according to the new book, the star did indeed do a bit of Googling beforehand. OK! reported that the book details when a friend asked Markle if she knew anything about Harry before she was set up on a date with the prince. Markle allegedly replied, “I’ve Googled Harry. I’ve gone deeply into his life.”

According to Newsweek, the book details an incident Markle had over author Omid Scobie, who was writing Finding Freedom with cooperation from herself and Harry. The pair allegedly became “exasperated” and “irritated” when Scobie tweeted and labeled Jessica Mulroney as Markle’s stylist.

According to the outlet, a former staffer Jason Knauf is quoted in the book and recalls Markle saying, “You know how personally frustrating I find the ‘stylist’ narrative (as it’s the only thing I seem to still have any control over—my personal styling.)”

Victoria Beckham was accused of leaking stories to the press

According to OK!, the author claims Harry and Meghan were “shackled” to reading news about themselves in the press and felt “victimized by the mildest criticism.” It was reported that Markle suspected Victoria Beckham of “indiscretion.” The outlet wrote that the book details when “Harry called David Beckham to repeat the accusation. Outraged, Beckham’s truthful denials damaged their relationship.”

“He quickly put Harry right, and the two men agreed to move on — but it certainly made things awkward for a while,” a source said in 2020.

During Markle’s interview with Winfrey, the former actress explained that Kate Middleton made her cry during a dress fitting with her bridesmaids, and the Duchess of Cambridge sent Markle flowers afterward. Now, Bower’s book accuses Markle of making Kate cry. They reportedly disagreed over the hemline of Kate’s daughter, Princess Charlotte’s dress and whether bridesmaids should wear tights. Parade reports that Markle “compared Princess Charlotte unfavorably to Mulroney’s daughter” causing Kate to “burst into tears.” It was written that Kate was “too fatigued to cope” with Markle’s “unwillingness” after having just given birth to her son Prince Louis.

Page Six published excerpts from Bower’s book that details how Queen Elizabeth and Prince Charles both wanted Markle to reconcile with her father, Thomas Markle, ahead of her 2018 wedding to Prince Harry. Thomas had repeatedly spoken unfavorably of the royal family in interviews with the press. When asked if she could fly to Mexico, where her father was living, to mend the relationship, Markle reportedly said she wouldn’t go, adding that it would cause a “frenzy of media attention and intrusion that could bring more embarrassment to the royal family.”

Revenge: Meghan, Harry and the war between the Windsors is out now. 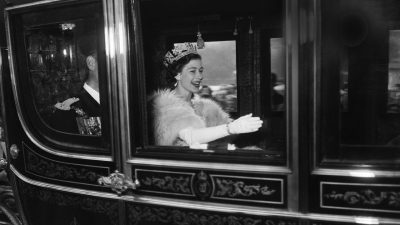 Fit for a Queen: Look Back on Queen Elizabeth II’s Wondrous Jewelry Collection 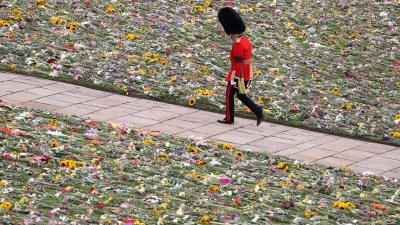 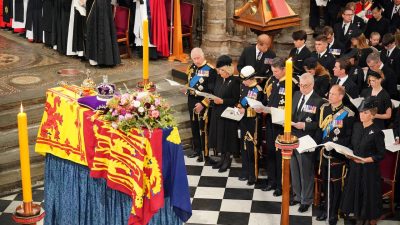 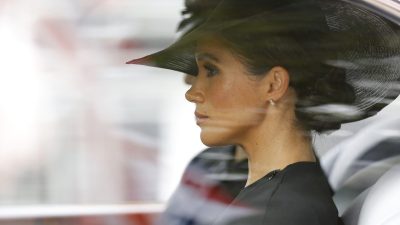 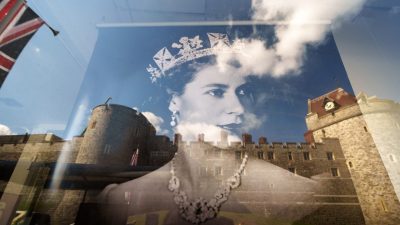 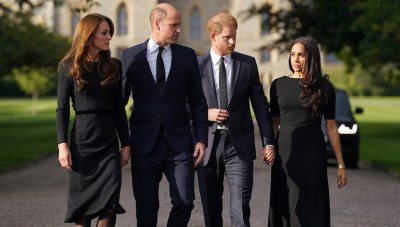