Old enemies and new allies stand between the Pogues and their gold.

The hunt for the Pogues’ gold is back on! The last time we saw John B (Chase Stokes) and Sarah (Madelyn Cline), they’d just been plucked from the sea after their boat capsized during a storm. Safely aboard a cargo ship, they were headed for Nassau—and a second chance at finding the riches they’d been after all through Season 1 of Netflix’s Outer Banks.

Today, the streamer dropped the first official trailer for the teen adventure show’s second season, and it looks like it’s going to be an even more intense thrill ride than the first. Season 2 finds John B and Sarah on the run in the Bahamas. He’s still wanted by the authorities for a murder he didn’t commit, while her father, Ward (Charles Esten), will stop at nothing to find them.

Meanwhile, back in The Cut, the rest of the Pogues gang discover a new ally in Limbrey (Elizabeth Mitchell), a wealthy woman who has also been  double-crossed by Ward in some undisclosed way. Seems like she just might be able to help Pope (Jonathan Daviss), JJ (Rudy Pankow) and Kie (Madison Bailey) find the treasure — and payback — they’re looking for. 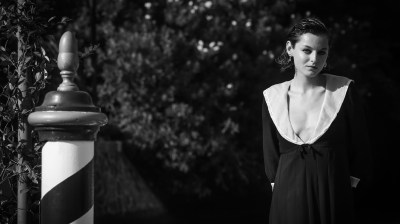