Grab Your Passport: Louis Vuitton Just Opened a Restaurant in the Heart of Saint-Tropez

As if anyone needs another reason to visit the French Riviera 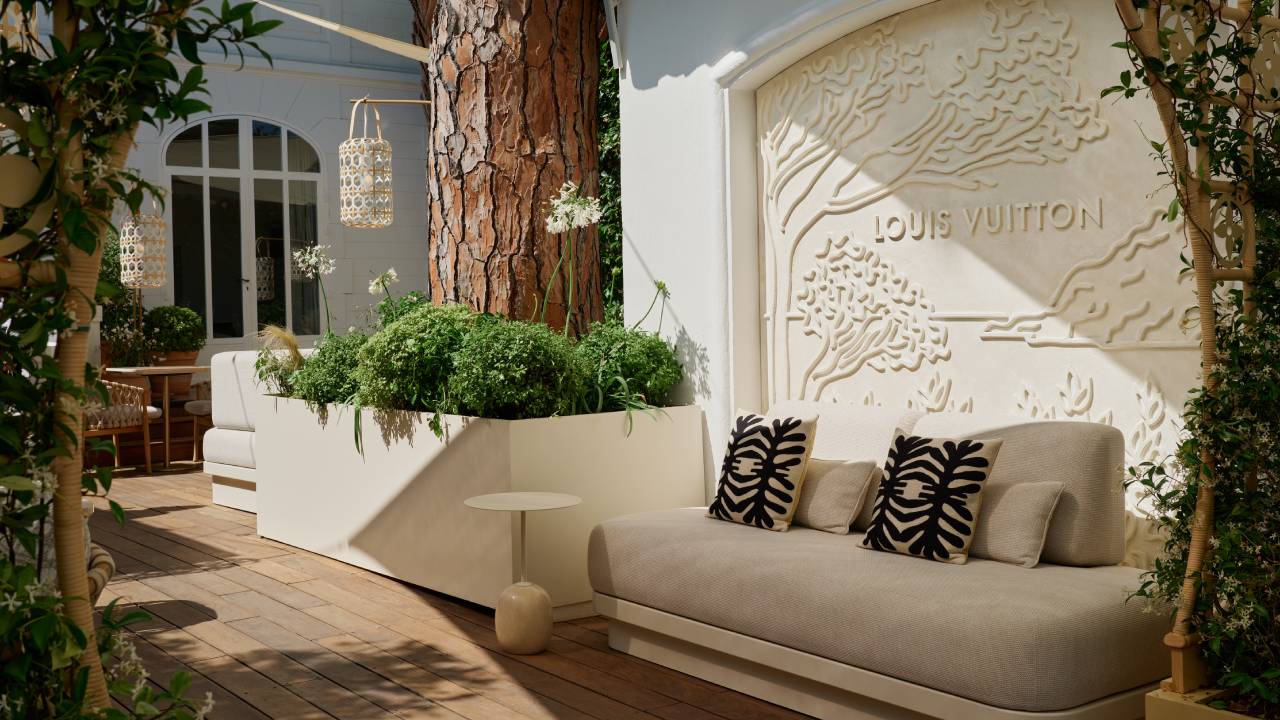 There are a million reasons to want to visit Saint-Tropez. The costal town on the French Riviera has played host to high-profile visitors from around the world for decades, from Brigitte Bardot in the 1950s to celebrity friends of Staud designer Sarah Staudinger, who was married there just last month. The town is known for its coastal hikes, olive groves, and cerulean blue water. But now, it has another attraction to add to the list: a just-opened Louis Vuitton restaurant. 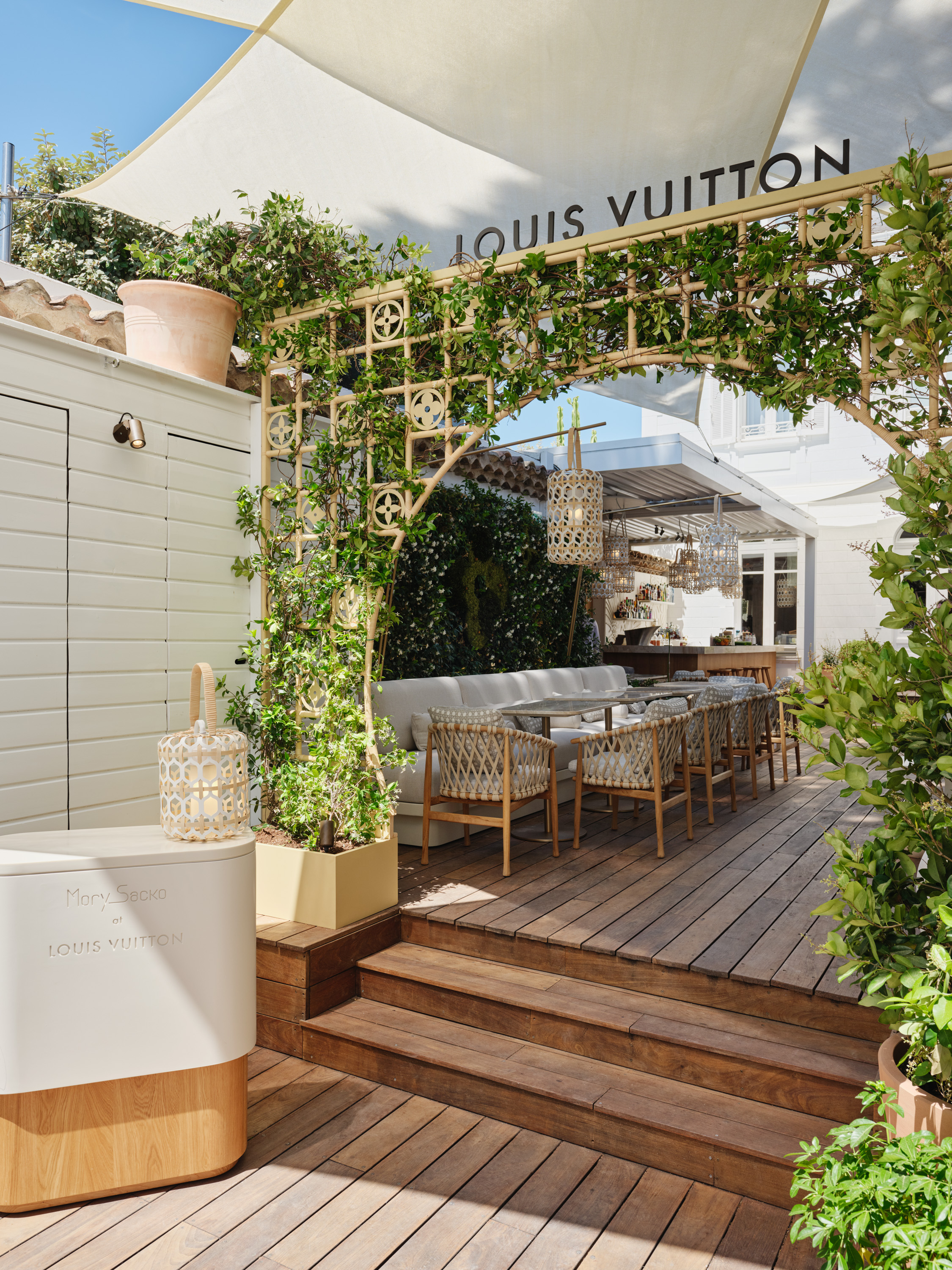 Under Sacko’s lead, the restaurant will serve French cuisine with African and Japanese influence. The menu is travel-inspired, taking notes from food around the world and applying it to local produce. Sacko’s lunch menu is a perfect example of this blend, featuring a gourmet twist on the Japanese ekiben, a meal tray that’s commonly enjoyed on trains and in stations. The meal itself comes served on a custom-made wooden tray, designed by Sacko himself, and in glass containers that are delicately decorated with preserved flowers and foliage.

For dinner, the menu moves away from the ekiben and offers a more traditional tapas-style plating. Seafood, including grilled amberjack and crayfish, features on the evening menu alongside prime rib, eggplant tacos, and a section of fresh and spiced sides and salads. Both the lunch and dinner menu are largely plant-based, leaving space for the fresh French produce to shine.

Beyond the food, stepping into the restaurant is an experience of its own. Beyond the moon gate at the entrance, the decor of Mory Sacko at Louis Vuitton features rattan baskets hanging against manicured greenery, fresh neutral tones, and fine wooden detailing. The space is the perfect blend of Louis Vuitton luxury and Saint-Tropez escapism, and once you visit, you’ll never want to leave.

Mory Sacko at Louis Vuitton is located at Place des Lices, 83990 Saint-Tropez. You can make a reservation online. 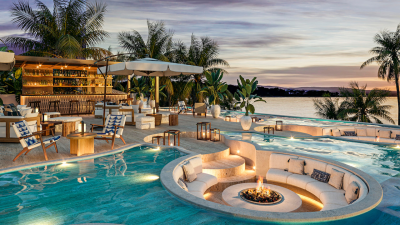 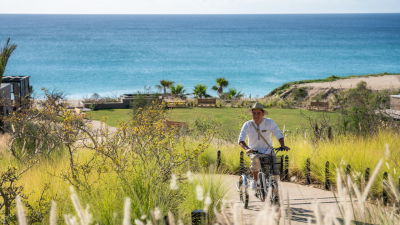 Your Most Peaceful Vacation Awaits at Zadún, a Ritz-Carlton Reserve 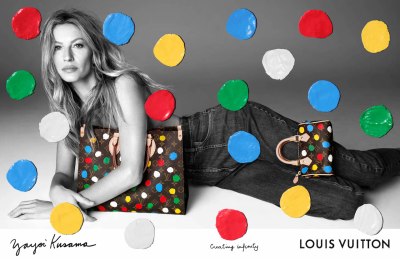 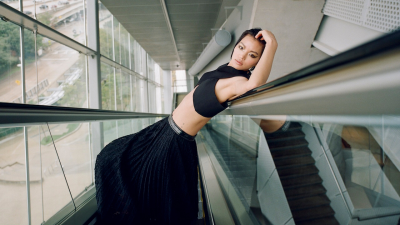 Step Out and Shine in Louis Vuitton’s 2023 Cruise Collection 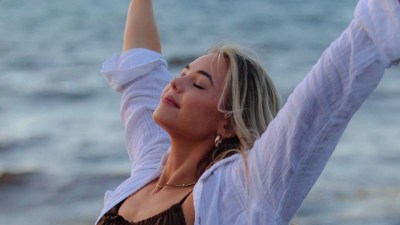 How to Create Your Dream Life in 2023 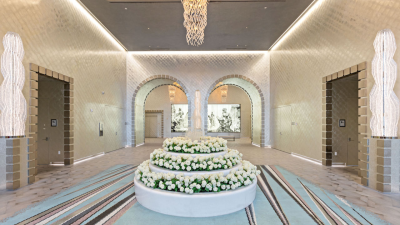