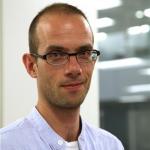 First things first: Mitch Schuster is not the kind of guy who normally sits down for an interview about his job. “I’d love to be able to tell you all the gory details. But, you know, that would kind of defeat the whole purpose of what I do,” he starts off. “The way I try to explain it is this: I help manage problems for the kind of people who value their privacy.” Some of Schuster’s clients are blameless; others are reaping the consequences of bad decisions. Either way, the negative publicity generated by their actions could be damning to not only those who hire him, but also their families, their employees, or their brand. The key is to deal with these sorts of situations quickly, quietly, and professionally. That’s why his Rolodex of athletes, actors, business leaders, and other A-listers know what to do when they find their name in the headlines: Better call Mitch.

Much like TV’s Ray Donovan, he says, “I get calls from clients at all hours of the day. That call may come from a player, an agency, or the principal of a hedge fund.” (Unlike Ray, however, his methods don’t involve breaking faces and blackmail.) Far from a TV fantasy, crisis management has never been more in demand. The 24/7 digital news cycle makes it incredibly easy for incriminating information to spread rapidly. Meanwhile, social media means there are more opportunities to exploit an individual who has fame and fortune. “The days of athletes and Hollywood celebrities being the only targets are gone,” Schuster says. “Hedge fund principals, CEOs, officers of publicly traded companies, and, really, anyone who has accumulated wealth or status and has something to lose—they are all now in the crosshairs.”

To those VIPs, Schuster’s main job responsibility is minimizing public attention. “My motivation, before anything else, is always to do what is best for the client. Period,” he says. “My ego is never a factor in how a situation is managed. There are cases I could have publicized but I chose not to. I’ve had people approach me about doing a TV show, but I have always refused for fear of exposing my clients.” That insistence on maintaining discretion was evident as he talked about his job in our phone interview. No names were mentioned, and all examples of his successes remained couched in hypothetical terms. Even as he talked, his phone buzzed: A client he only identifies as “a professional athlete” was arrested; the rest of Schuster’s day will be spent ensuring the public does not find out who or why.

“Some things, of course, do become public, but I would say at least 95 percent of what I do has been quietly resolved and kept under the radar,” he says. “And that makes me very happy.” He quickly points out he does not work alone and steers compliments toward his colleagues. “I consider my team second to none when it comes to connections,” he insists. “And the importance of that just cannot be overstated.” A native of Dix Hills, Long Island, Schuster focused more on baseball than schoolwork growing up and the discipline he learned on the diamond still serves him well today. “I’m competitive,” Schuster says. “Baseball brought that out in me. I still hate to lose.”

In 2000, he joined New York City law firm Meister Seelig & Fein LLP and quickly became their crisis management specialist—not that anyone really saw it coming.“This is certainly not a role you would find in most traditional law firms,” he says. “It just happened very organically. “Shortly after I joined the firm, there was a young client who wanted to pursue a claim after a very negative, very ugly, and very personal article was written about her,” he explains. “Our managing partner felt that a little of my, let’s call it, ‘New York attitude’ might work in helping to resolve the case. Fortunately, I was able to help and persuaded the magazine to retract the article and issue an apology.”

That win helped kick off Schuster’s career. The client “then introduced me to someone else in the entertainment industry, who was about to go through a very negative public situation of his own,” he continues. “We helped him through it, and then he connected me to someone he knew who was being blackmailed. Again, we were able to resolve that issue so that nobody ever heard about it.” Schuster concedes that his blue-collar, New York upbringing armed him with the tools needed for the job; given the types of people he often deals with, “street smarts” can be advantageous. “Sometimes those on the other side are driven by money and opportunity and sometimes they are being driven by their emotions,” he explains. “When you are in my position you must be prepared for all contingencies if you want to achieve an amicable resolution.” At the end, all that matters, he admits, is “doing what is best for your client.”

Of course, that comes with risks. As Schuster says, “One time, I received a call late one night, from a guy well known for his violent history. The message was that he was coming to get me. That was certainly not the best night’s sleep I’ve ever had.” “Another time, I had to meet in person with a blackmailer,” he says. “Now, he was a pretty big guy, trained in martial arts, and clearly high on drugs. But, sometimes, you just have to put on a brave face and chest up. It didn’t hurt to know that I had two former law enforcement professionals sitting in a parked car outside the meeting location just in case things went sideways. In the end, it just comes with the job.”

While some attorneys keep track of their wins and losses, Schuster measures success by a different standard. “Winning may not necessarily mean whether money is paid or not,” he explains. “Winning means resolving the matter, so the client does not face adverse consequences, personally or professionally. How you get there can vary. But it’s not my job to judge my clients; it’s my job to help them.”