Today Warner Bros. announced that the repeatedly-delayed Wonder Woman sequel, Wonder Woman 1984, would finally be released globally this December (December 26th for those in Australia, mark your calendars). A few hours later, Kim Kardashian paid homage to the iconic superhero—wearing a red latex Mugler bodysuit that would rival even the most committed Wonder Woman cosplayer.

In photos published to her Instagram account, Kim wore a corset, high-waisted latex trousers, six-inch pumps, and a red wig, captioning the shots with a simple ‘fire’ emoji. And while it’s likely that the Wonder Woman connotations were accidental—who can be sure when the photos were taken?—the timing was serendipitous. Perhaps Kimmy K, who is currently studying to become a lawyer and who advocates for prison reform, sees something of herself in Gal Gadot’s crime-busting superhero.

It’s no surprise that Kardashian opted for a vintage look by Mugler—the French fashion maison, currently under the creative direction of Casey Cadwallader, is a long-time favorite of the 40-year-old. Her 2019 Met Gala look was a custom Mugler creation—it predictably came under fire for its corset detail, which made Kardashian’s waist look unnaturally thin—and she’s worn vintage haute couture pieces by the brand multiple times on the red carpet.

As Kim’s post was going quietly viral (2.8 million likes, and counting), her husband Kanye West was courting controversy. This morning, West was nominated for a 2020 Grammy Award for his album Jesus is King, in spite of his going on a tirade against the Grammys earlier this year. In a series of Tweets criticizing the mainstream music industry, West infamously placed one of his 21 Grammy statuettes in the toilet and urinated over it. Some thought this might disqualify him for future nominations or wins—but today’s announcements revealed that not to be the case.

Above all, we’re happy to see that lockdown (and the absence of red carpet events) hasn’t stopped the Kardashians from delivering show-stopping fashion looks. Never change, Kim. 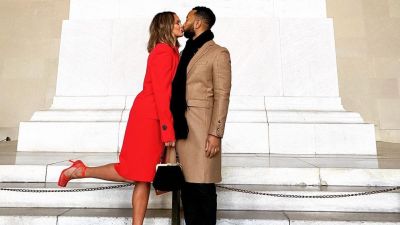 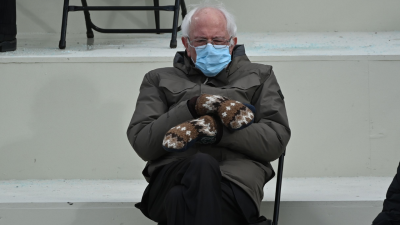