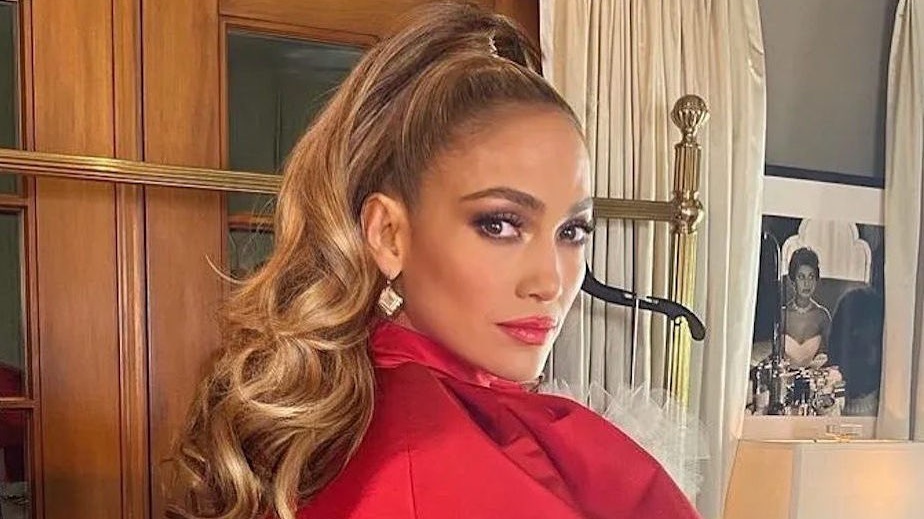 Jennifer Lopez is taking festive dressing seriously and with just over two weeks until December 25, the pop star isn’t waiting any longer to get festive and fabulous. Taking to social media Lopez shared a rolodex of photos from her recent look which featured a head-to-toe vibrant red hue and right down to her sunglasses bold red lip.

A post shared by JLO BEAUTY by Jennifer Lopez (@jlobeauty)

“It’s beginning to look a lot like Christmas 💚🎄♥️,” she captioned the post, tagging her upcoming album #ThisIsMeNow and her namesake company @jlobeauty.

We suspect the pop star and actress has an affinity for the holidays given she was quick to pull out a festive (not-so) ugly sweater from her style repertoire on Thanksgiving with Ben Affleck. This will be their first Christmas as a married couple as Lopez prepares to release her new album This is Me Now early next year.

In initial interviews surrounding the release, a sequel to her 2002 album This Is Me… Then, Lopez revealed how her husband inspired the music. “True love does exist and some things do last forever. And that’s real. I want to put that message out to the world,” she told Zane Lowe on Apple Music 1. “That does take a lot of vulnerability, but I couldn’t stop myself.”

Stay tuned for more music and more Christmas dressing from this bonafide icon.