How The Fashion Industry Mobilized To Defeat Trump

Will the industry ever be this political again?

It’s a testament to how fraught this current moment in time is, that fashion and politics are so deeply, inextricably linked. Granted, clothing has always been inherently political—it is the quickest form of communication we have with the rest of the world, and has been an essential element of most civil rights movements in history, be in the Black Panthers’ militaristic uniforms or the ‘pussy hats’ of the 2017 Women’s March on Washington.

But we’ve never seen the fashion industry participate in the political process as blatantly as we have in the last few months—supermodels are posting thirst traps to encourage their young followers to enroll to vote; Alexandra Ocasio-Cortez is posing for Vanity Fair in a $3,000 Loewe dress; Dover Street Market is stocking ‘Gay For Joe’ T-shirts designed by Marc Hundley. Every photographer, stylist, fashion designer, model and editor with an Instagram account is using it to earnestly rally around the Biden/Harris ticket.

The industry has always been full of liberal-leaning Democrats—Marc Jacobs created merch for Hillary Clinton’s 2016 campaign, for example, and designers like rag+bone, Proenza Schouler and Thakoon joined forces in 2012 to create pieces that raised funds for Obama’s reelection. But we’ve never seen mobilization like this before.

This is, of course, a testament to how truly dire our current political landscape is. Getting Donald Trump out of office feels more like an urgent moral imperative than a question of political allegiances. The calamities America has experienced under his leadership are so frequent and so appalling that they have begun to feel banal—which should be the most terrifying aspect of all.

His mismanagement of the coronavirus, of which he became aware back in December, will likely be at the forefront of voters’ minds in the next few hours. 230,000 Americans have died and more than 9 million have been infected. Alex Gibney’s new documentary Totally Under Control showcases what feels like a criminal level of incompetence on the part of Trump’s cabinet, with medical professionals maligned to cater to the whims of a moody boy-child who denies unequivocal science to pursue his own political agenda.

And yet this is only the most recent chapter in a lengthy book of moral repugnance. The ‘Muslim ban,’ the separation of children from parents at the border, his tacit endorsement of white supremacy, his appointment of Amy Coney Barrett, his appointment of Brett Kavanaugh, his having peaceful protestors maced so he could stage a photo op in front of a church, his lukewarm critique of the murder of Jamal Khashoggi, his penchant for bare-faced lying to the public, his constant undermining of the free press, public declarations that he will not accept the results of a democratic election—these factors all make getting him out of office nothing short of a national emergency.

All of this has pushed the international fashion scene to engage in American politics in a historically unprecedented way. Louis Vuitton opened the spring summer 21 collection with a knitted sweater emblazoned with the word ‘Vote’—a rare display of political earnestness from a French maison. Models’ feeds are filled with selfies wearing politically-motivated high fashion ensembles: ‘Vote’ T-shirts by Off-White, ‘Vote’ dresses by Christian Siriano. W Magazine launched a series of digital covers featuring the likes of Bella Hadid and Kaia Gerber, with the cover line ‘We all have to VOTE.’

But if their lobbying works, and Trump is voted out tonight, what’s next? Will models and designers retreat back into their politically agnostic boxes? Or has Trump permanently altered what we expect out of our celebrities? There was once a time where we believed, as a society, that models and fashion designers had no place discussing politics. The political allegiances of cultural figures weren’t considered prerequisites for supporting their work—instead, a droll ‘stay-in-your-lane’ eyeroll was employed whenever designers and models attempted to wade into the tricky waters of global politics.

But in the Trump era, detaching a person from their politics feels impossible. In the last 12 months especially we have seen a fundamental shift in what people expect from the public figures they follow. In May, we saw celebrities and influencers ousted for not actively posting about Black Lives Matter. Silence, we were told, was complicity. Brands like Equinox, Goya, even New York Fashion Week were boycotted for their affiliations with Trump. Karlie Kloss was lambasted, despite being a vocal supporter of the Biden/Harris ticket, for simply being married to Ivanka Trump’s brother-in-law.

It’s hard to imagine things will go back to ‘normal,’ whatever that means, should Trump be voted out tonight. Biden is running in part on a promise to reconcile a divided America. He is discussing appointing Republicans to key cabinet positions—and says he wants to heal a broken political system. It will be interesting to see what celebrity culture looks like in a period of reconciliation. Will celebrities always be expected to publicly declare who they voted for? Will brands always need to create cute, on-brand graphics for elections? I hope not.

To me, the monumental turnout of the fashion and entertainment industries in this election is indicative of one thing: How truly terrifying people find the prospect of a second Trump term. If ‘business as usual’ returns next week and my feed is filled with the usual array of thirst traps, Facetuned selfies and unattainable footwear, it will be a sign that four years of chaos have finally come to an end. Personally, I can’t wait to see it. 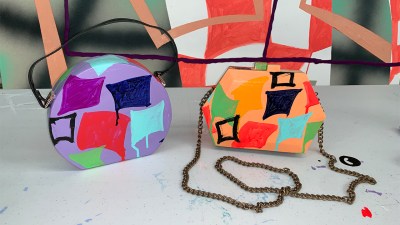 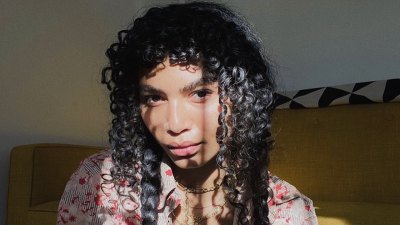